Josh Wolff is a well-known American soccer coach and a former player. He is currently working as the head coach for Austin FC in Major League Soccer. Josh played in the MLS for fifteen years, from 1998 until 2012. Wolff started working assistant coach in 2013 with D.C. United.

Josh Wolff was born on February 25, 1977, in Stone Mountain, Georgia. He rose to fame through his successful career so, much about his early life and his parents are under the radar. Wolff graduated from Parkview High School and enrolled at the University of South Carolina. Talking about his physical appearance, Josh stands five feet and eight inches tall and weighs 65 kg.

Josh started his career as a football player. He was part of the High School soccer team and later enrolled at the University of South Carolina under a soccer scholarship. Wolff was the caption of his High School soccer team. Josh did not enroll for his senior year and listed his name for the 1998 MLS draft. Wolff joined the league with Chicago Fire. 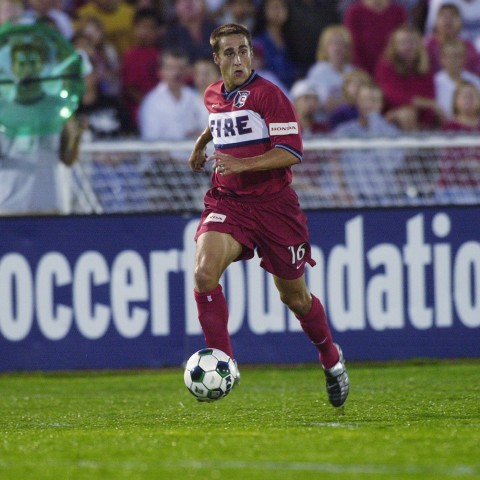 Wolff played the following four seasons for the Fire, scoring 24 goals, but suffered multiple injuries. In 2003, He moved to Kansas City Wizards and remained with the club until 2006. Josh appeared in eighty games and scored twenty-seven goals. In 2007, Josh moved to Germany and played for the 1860 Munich team. The following season, The player moved back to MLS and then remained with the team until 2010.

In the 2011 season, Josh moved to D.C. United and remained with the team until 2012 and announced his retirement. Wolff also appeared for the United States national team and scored nine goals while playing in fifty-two games.

Journey to Head Coach in MLS

Josh is married to his longtime girlfriend, Angela Wolff. The duo walked down the wedding aisle in 2000. They had been dating for several years for some time before their wedding. He is very much private about his personal life. Josh and Angela have two sons, Tyler and Owen. Tyler's son currently plays for Atlanta United, and his younger son plays for the Atlanta United Youth Academy.

Josh Wolff has an estimated net worth of more than $5 Million. He has accumulated most of his net worth through his successful career as a football player and a coach. In 2006, English Championship Club Derby County offered him with $500,000 transfer fee, but the transfer could not happen. 1860 Munich paid him $191,000 as his salary for a season.