Caleb Porter is a rising American soccer head coach and a former player. He is currently working as the head coach in the Major League Soccer for the Columbus Crew since 2019. Porter played in the MLS for just three seasons and worked as the head coach since 2006.

Caleb Porter was born February 18, 1975, in Tacoma, Washington. He rose to fame through his successful career and is yet to share a word about his parents and early life. After graduating from High School, Porter enrolled at Indiana University and was part of the University's soccer team. Caleb stands five feet and nine inches tall and weighs 65 kg.

Caleb started playing soccer during his High School days. He was part of the Indiana University soccer team from 1994 until 1997. After graduating from the University, Porter listed his name for the 1998 MLS draft, and the San Jose Clash drafted him in the 3rd round, 27th overall. He spent his next season in a loan with Sacramento Geckos but moved to Tampa Bay Mutiny in 1999. 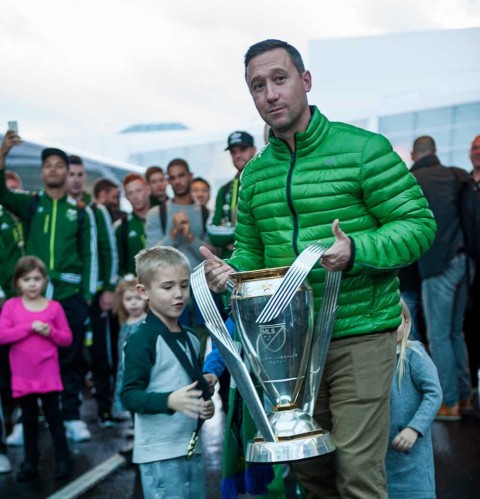 Caleb shares a photo with MLS Cup at a display SOURCE: Prost America

In early 2000, Porter suffered from several knee injuries and had arthroscopic surgery on both knees during the off-season. Indiana University hired him as their new assistant coach. He worked with the team until 2005.  The Zips hired Porter as a head soccer coach in 2006. Caleb led the Zips to two consecutive Mid-American Conference titles and being named the 2007 MAC Coach of the Year.

Caleb worked as the head coach for the Zips until the 2012 season. In 2011, Ported started working as the head coach for the United States U23 team. In mid-2012, Porter joined MLS club Portland Timbers as the new head coach. Caleb was named the 2013 MLS Coach of the Year. He led the Timbers to the MLS Western Conference Championship twice in three seasons in the next five seasons (2013-2015). In early 2016, Timbers extended their contract.

In 2019, Caleb started working as the head coach of Columbus Crew. He led the club to the Playoffs in the Eastern Conference in 2020 and won the MLS Cup.

Porter is a married man living a happy married life along with his wife and children. Caleb walked down his wedding aisle along with his longtime girlfriend, Andrea Porter. The duo had been seeing each other for some time before their wedding ceremony. Caleb and Andrea are the proud parents of three children. Colin, Jake, and Stella. 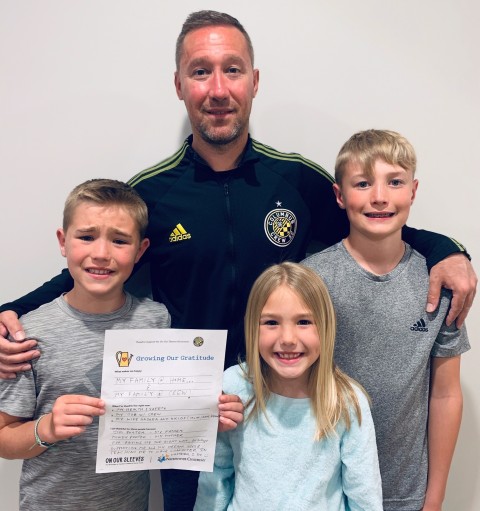 The family of five is living a happy life. Unlike other head coaches, Porter does not show much presence in social media and has successfully kept his personal life away from the public.

Caleb Porter has an estimated net worth of more than $5 Million. He is among the most successful coach currently working in the MLS. None of them have shared a word about Porter's current salary with the Crews. He has been working in the business for more than two decades.