Robert Andrew McCaffrey widely recognized as Rob McCaffrey is a British television presenter and journalist, whose broadcasting career has spanned over 25 years. Throughout the course, he has a successful stint presenting high-profile sports shows for Sky Sports, BBC, and Granada TV before relocating to the Middle East to present the English Premier League for OSN.

Born in 1963, Rob hosted the World Cup preview shows for bein sports in Doha and is currently the regular host of the Saturday Club football magazine show on Bein Sport.

How Much Is Rob McCaffrey's Net Worth?

Active in sports journalism since 1985, Rob McCaffrey has summoned an enormous sum of amount. As of 2022, his net worth is approximately $1 million. The only source of his income considered his long successful tenure in the journalism field.

McCaffrey has served for the high profile sports networks such as BBC, OSN, Sky Sports, and Granada, which had a considerable salary. 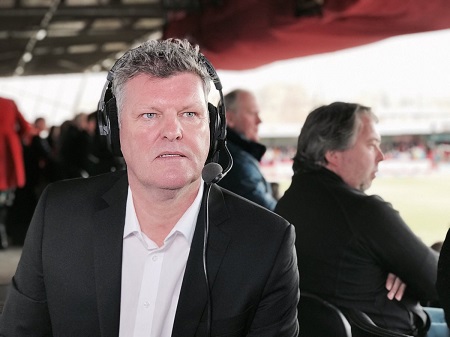 Currently, he appears as a regular host for the Middle East TV network, beIN SPORTS. According to the source, journalist salaries in Qatar range from 7,340 QAR per month (minimum salary) to 22,200 QAR per month (maximum salary). Since McCaffrey has lots of experience in the field, he earns much more than the average. His salary is expected $0.5 million per annum.

Is the British Presenter Rob Married?

The British TV presenter, Rob McCaffrey is a married man and shares five children with his wife. However, giving priority to privacy, McCaffrey has maintained a low key personal life. In media there less information about their wife and children, even their names are yet to be revel. 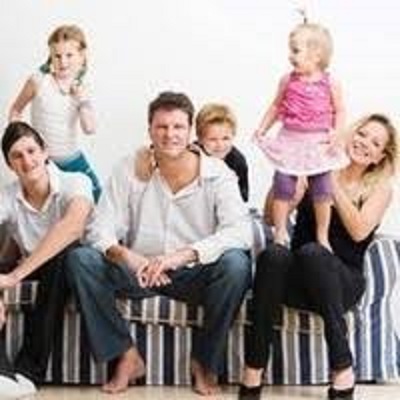 After relocating to Dubai, in an interview, he expressed how he and his family are in love with the new place. He said, "More than work, my children have absolutely loved it to the point where my wife will just not go anywhere now because they are so settled at school."

England native, McCaffrey finished his earlier education in Edinburgh. Later, he enrolled at the University of Liverpool and earned a Bachelor's and subsequently studied for a post-graduate degree in journalism at the school of Journalism, Media and Communication, University of Central Lancashire.

McCaffrey started his broadcasting career, serving for the local radio stations in Nottingham before arriving at Radio Merseyside in 1986 as a news reporter.

In 1988, McCaffrey became a news producer on Radio Shropshire and subsequently made his debut in front of the camera when he joined Granada Television a year later. At Granda, he presented and reported on local programs, including North-West football show Kick-Off and Rugby League Live alongside Clive Tyldesley, Elton Welsby and Rob Palmer.

In 1993, he joined Sky Sports Television, where McCaffrey is recognized for presenting shows such as Goals On Sunday and You're On Sky Sports. Other than that, he replaced Jeff Stelling as presenter of Soccer Special and enjoyed a spell presenting live Conference National matches.