Rick Carlisle was born Richard Preston Carlisle on October 27, 1959, in Ogdensburg, New York. He is among the three children born to Preston Carlisle and his wife, Joan Carlisle. Rick enrolled at the University of Maine after graduating from Lisbon Central High School. Carlisle stands six feet and five inches tall and weighs 95 kg.

Rick Carlisle's Career In NBA As Player and Coach

Carlisle retired from playing in 1989. In 1989, Rick started working as New Jersey Nets as their assistant coach. After working with the team for five seasons, Portland Trail Blazers signed him as their new assistant coach. In 1997, He moved to Indiana Pacers for three seasons. In 2001, Detroit Pistons signed him as their new head coach. He was named the NBA Coach of the Year.

In 2003, Indiana Pacers signed him as their new head coach. He worked with the team until 2007 and moved to Dallas Mavericks.  In 2011,  led his team to their first NBA Championship title. Rick has been working with the team to date. On January 13, 2021, Carlisle recorded his 800th win with the team.

Rick married his longtime girlfriend, Donna Nobile in 2000. They had been dating each other for some time before tying their wedding knot. In 2004, The duo shared about expecting their first child. Shortly after that, The love birds welcomed their first child, a daughter, Abby. 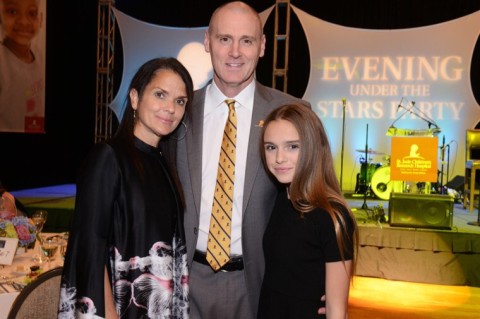 Rick along with his wife and daughter at an event SOURCE: Pop Goes the City

The family of three is living a happy married life. It's been more than two decades since their marriage and there have not been any rumors of the couple having ups and downs in their marriage life. Carlisle has become successful in keeping his personal life away from the media.

How Rich is Rick Carlise? Know About His Net Worth, Earnings, Salary, and Contract

Rick Carlisle has an estimated net worth of more than $20 Million. He is among the highest NBA coaches in 2020. Rick signed a five-year, $35 million contract extension in 2015 that kicked in two years later. Carlise takes home an average of $7.5 Million as his salary. Dwane Casey is the head coach of the Pistons with a similar salary.