Daryl Macon is an American professional basketball player who plays in the National Basketball Association (NBA). As of 2018, Daryl is signed to the Dallas Mavericks as their Guard but is on a two-way contract with the Texas Legends of the NBA G League.

Playing as a Guard, Daryl Macon Jr. reportedly earns around $838,464 as his yearly salary from Dallas Mavericks and has an estimated net worth of over $1 million.

Daryl Macon Jr. was born on November 29, 1995. As per his nationality, he is American and belongs to Black ethnic group. His star sign is Sagittarius. Darryl spent his childhood with his sister Tierra Macon.

His father passed away due to heart disease when he was 2 and his grandfather Robert Lee Harrison filled the void attending his every game.

He was named a junior college All-American after averaging 23 points, 4.1 rebounds and 3.1 assists per game. As a senior, he was named to the Second All-SEC Team. Macon averaged 17.1 points and 4.0 assists per game and led the SEC in a 43.8 percent clip in three-point shooting.

Moreover, he was named SEC Player of the Week three times as a senior and joined teammate Jaylen Barford in the 1,000-point club on a senior evening.

The Famous NBA star Daryl is 6 feet 3 inch in height and weighs around 84 kg. Daryl is not only a world-class athlete but also a very attractive individual.

Other than being a famous NBA Guard, Daryl Macon Jr. is pretty famous in social media. He has 11.6 k followers on Twitter and 23.2 k followers on his Instagram Account. 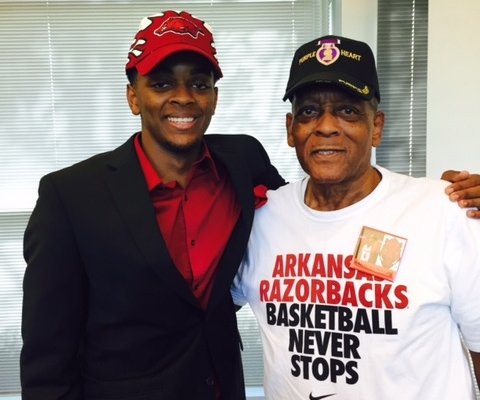 Daryl lost his dad in the early age of 2. Since then, his grandfather Robert Lee Harrison is taking care of him and he always supports him in his basketball career. More details about his family were not made public.

Details regarding Daryl's probable wife/girlfriend are not found. He seemed to be pretty much focused in his career.

Macon signed a two-way contract with Dallas Mavericks, dividing time between the Mavericks and their Texas Legends affiliate in the G League on 30 July 2018.

Macon scored 35 points on the 12-of-18 shooting in his first game with the Legends as the Legends defeated the 126-120 Austin Spurs.

Daryl Macon's Salary and Net Worth

Daryl Macon reportedly signed a two-way contract with Dallas Mavericks and Texas Legends with the annual average salary of $838,464. Some of the highest-paid players of Dallas Mavericks are Wesley Matthews, DeAndre Jordan, Harrison Barnes etc.

Exact details about his net worth are not found since his net worth is under review. Daryl has been playing since his college time so he must have around $1 million until now.

Macon recently gifted his mother a house on Christmas. He recorded the video while giving a surprise to his mother and later posted on his Twitter.

You got your own place now momma. No sharing no nothing.
I got you forever.
Merry Christmas Ma Dukes pic.twitter.com/GwQsDxbcly

"You got your own place now momma. No sharing no nothing. I got you forever. Merry Christmas Ma Dukes"