The resident of United States, Richard Eisen, reportedly earns around $5 million, as his yearly salary from the network, and as of 2018, he reportedly has an estimated net worth of over $20 million. He is happily married to his wife,  Suzy Shuster and has two sons and a daughter with her.

Richard Eisen was born on June 24, 1969, in Brooklyn, New York. He holds an American nationality and belongs to a white ethnic group.

Eisen graduated from the University of Michigan where he acquired his Bachelor's degree in BA. Further, he earned a masters of science degree in journalism from Northwestern University.

Rich Eisen Net worth and Salary

Richard Eisen is one of the most popular anchors who has made a successful career as a sports anchorman. As NFL Network, CBS Sports, NBC Sports is a popular Sports Network, it is well known for paying a heavy amount of salary to its sportscasters.

As Richard Eisen is a regular NFL Network, CBS Sports, NBC Sports anchor, he earns a decent amount of salary from the network. The American sportscaster/anchor Richard Eisen has an estimated net worth of $20 million. As of 2018, the reporter receives an annual salary of $5 million from his successful reporting career at the NFL network.

Further, Sports reporter receives an added sum of money from his radio and TV guest appearances as a sports pundit too.

He worked for ESPN before joining the NFL Network. Eisen was part of a duo with Stuart Scott and was renowned for his humor. He also hosted the reality series of ESPN, Beg, Borrow & Deal.

He was the host of the Major League Baseball and guest host of the Tony Kornheiser Show and the Dan Patrick Show for ESPN Radio. Among Eisen's remarkable achievements at ESPN was the news of Mark McGwire's retirement from baseball at the SportsCenter in 2001.

In June 2003, Rich Eisen was the first on-air talent to join the NFL Network roster. Further, Eisen is the face of a 24-hour, 7-day- a- week football cable and satellite channel.

Until August 2011, he was the main host of the show, NFL Total Access, the network flagship programme. Eisen signed a new long-term deal with NFL Network in 2010 and became the new host of NFL GameDay Morning, the first NFL Network Pregame Show.

In 2010 Eisen extended his CV with the debut of "The Rich Eisen Podcast", NFL.com's first ever podcast. Since its debut, the podcast was downloaded more than seven million times and its 200th episode was celebrated in 2013.

Eisen is Jewish by religion. Eisen is happily married to his wife Suzy Shuster in 2003. 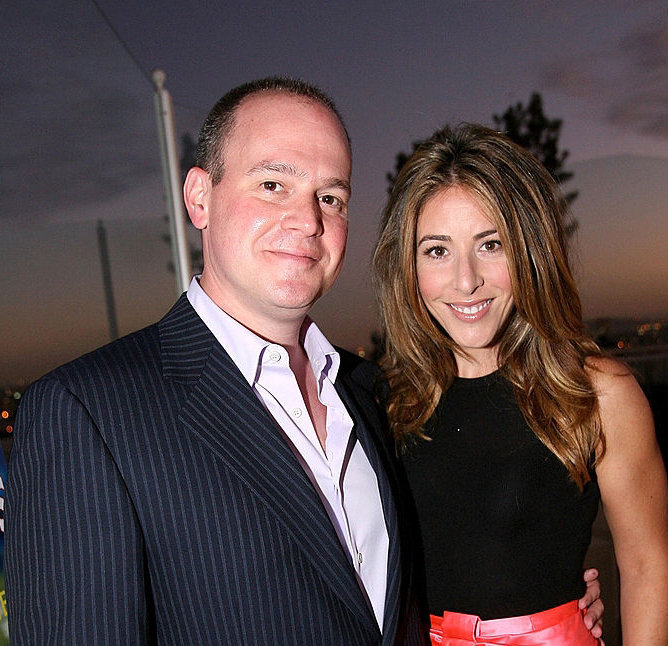 Further, his wife Suzy is a former ESPN football sideline reporter. The couple is blessed with two sons and daughter and currently resides in Beverly Hills, California.

Further, the renowned sportscaster is pretty famous on social media, having 103k followers on Instagram and 1.16m followers on Twitter.