Rex Ashley Ryan well recognized as Rex Ryan is a former American football coach who won Super Bowl champion and 2006 PFWA NFL Assistant Coach of the Year. Upon retirement in 2015 as a coach, he pursued a career in the field of sports journalism and currently stands as an ESPN analyst.

The fifty-six years old is married to Michelle with whom he shares two sons.

Ryan made a sound living through his first 15 years as an assistant for a variety of teams but had not brought in terms of money he would be in the coming years as an NFL head coach.

In 2009, he signed a four-year contract worth $12 million with Jets. Further, he agreed on an extension deal after the 2010 season which paid him the same as his initial deal. Though he received a multi-year extension heading into 2014 however; a poor 4-12 season resulted in his firing. 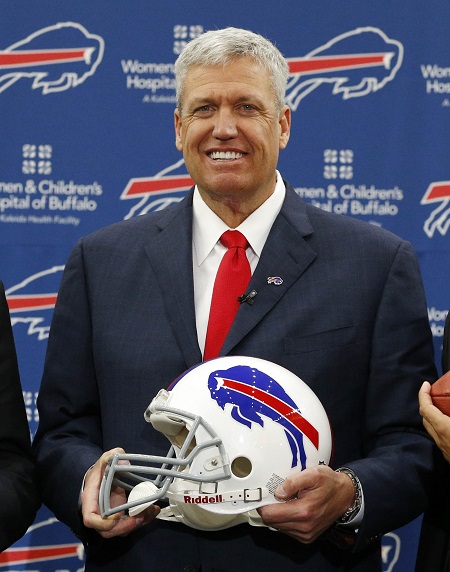 In 2015, he signed a 5-year, $27.5 Million Deal With the Bills. At the point, his $5.5 million annual salary places him in the middle of NFL head coaching earnings.

In 2017, he accepted an analyst position at ESPN though he had three years remaining on his five-year contract with the Buffalo Bills when he was fired. As reported, if he earns $2 million per annum at ESPN, that amount the Bills don’t have to pay him but Buffalo will still have to cover the difference between whatever Ryan’s salary is at ESPN and the $5.5 million-per-year figure until 2019. 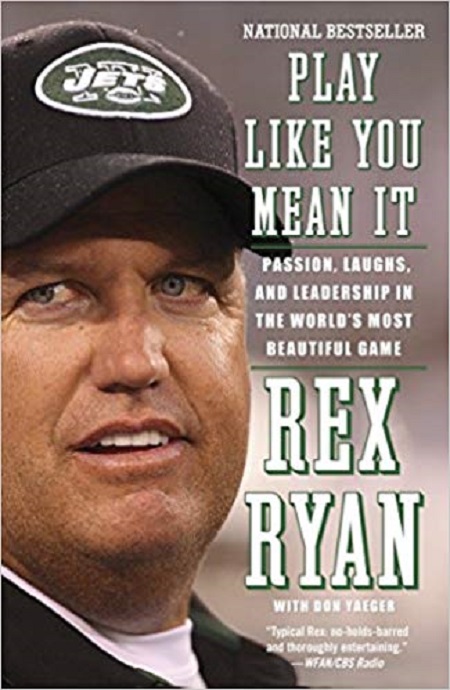 Also, he authored three books "Play Like You Mean It: Passion, Laughs, and Leadership in the World's Most Beautiful Game," "Coaching Football's 46 Defense Rex Ryan," and "Coaching the 46 Defense Rex Ryan", through which he might have added decent value to his bank account.

Besides, he earns much from commercials. He is in hilarious Pizza Hut commercials with Cowboys quarterback Tony Romo, which is a sponsor’s dream. Further, he is also featured in this bizarre Madden 16 commercial.

In 2009, Rex scored $2.25 million house in Summit, New Jersey, a town about 20 miles away from MetLife Stadium. The house features a five-bedroom and five-bathroom house. In 2016, he sold the house for $2.6 million. 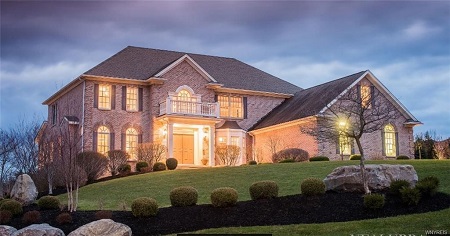 Rex Ryan is married to his long-time girlfriend, Michelle. The couple met at Southwestern Oklahoma State. When Rex became a graduate assistant at Eastern Kentucky, he proposed to Michelle by phone; and Michelle responded yes. 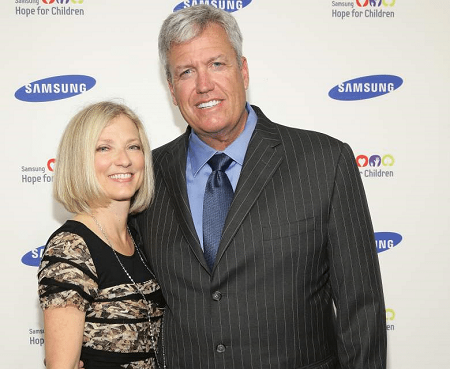 After dating for months, the couple tied the knot in 1987 in a secret ceremony. The couple shares two sons: Payton Ryan and Seth Ryan, who is an assistant for the Los Angeles Chargers.

Ryan is living a blissful married life. To date, there is no news and rumors about an extramarital affair, conflict, or divorce in their relationship.

In 2009, Ryan came out with sad news that he had been battling dyslexia for his whole life.

In the following years, he underwent lap-band surgery at NYU Medical Center in an effort to battle his obesity. During the procedure, he also had a hernia repaired. 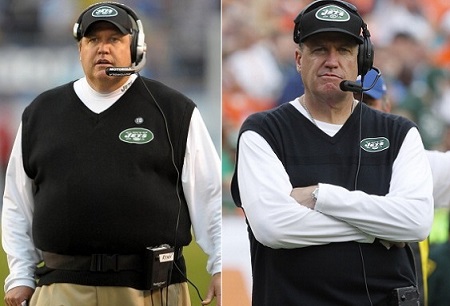 He returned to his home that same day to recover and following a three-week period, he lost 40 pounds and as of July 2012, he lost 106 pounds.

On September 13, 2016, Ryan once again underwent a procedure this time to remove the lap band. During the 6-year span since he had the surgery, he lost a total of 120 pounds.

On 14th January 2013, Ryan was involved in a three-car crash in eastern Pennsylvania, where he ran his Ford Mustang through a red light and collided with another driver which caused the unidentified driver to hit a third car, a witness said. He was issued a warning but no citation.

Born to Doris and Buddy Ryan, Rex was raised alongside fraternal twin, Rob. His father, Buddy Ryan was an American football coach in the NBA and AFL who served 35-seasons long.

When he was two, his parents divorced. Following the tragic separation, his mother attended the University of Chicago to earn her doctorate. Later, Rex, Rob, and their elder brother moved with their mother to Toronto, Ontario, Canada, where she got an administrative position at the University of Toronto.

During the course of his upbringing, Rex wanted to follow in the footsteps of his father, and by the age of six, Rex and Rob knew they wanted to pursue coaching careers.

When the twin brother was a teenager, Doris decided it was in the best interest of the brothers to send them to live with their father, who was the defensive line coach for the Minnesota Vikings at the time.

In fact, his father helped him to secure his first job as a graduate assistant in the Eastern Kentucky Colonels football team.

At present, his brother, Rob Ryan is an American football coach who is currently serving as an inside linebackers coach for the Washington Redskins.

Upon graduation from Southwestern Oklahoma State University, Ryan spent the next 22 years serving as an assistant coach on different teams at both the college and professional levels. In 1999, he joined the Baltimore Ravens where he spent nine years long. In 2005, he was named the defensive coordinator and later was promoted to be the team's assistant head coach in 2008.

Further, he vacated the head coaching position for the 2009 season. After a career-worst 4–12 record at the conclusion of the 2014 season, Ryan was fired as the team's head coach. Shortly after his firing from the Jets, Ryan was hired to be the Bills' head coach, where he lasted two years with the team before being fired at the end of the 2016 season.

Currently, he serves as a analyst at ESPN's Sunday NFL Countdown alongside Samantha Ponder, Matt Hasselbeck, and Randy Moss.