Stephen Ray Mariucci a.k.a. Steve Mariucci is a former football coach who had stint's with National Football League (NFL) franchise the San Francisco 49ers and the Detroit Lions as well as for a season at the University of California, Berkeley, as a head coach. After being fired by the Detroit Lions in 2005, he pursued a career as a sports analyst at NFL Network.

Iron Mountain, Michigan native, Steve Mariucci was born on 4th November 1955, under the star sign Scorpio. The son of Dee and Ray Mariucci, he enrolled at Iron Mountain High with his best friend and current Michigan State University basketball head coach Tom Izzo. The duo were teammates on the football, basketball, and track teams and further finished their collegiate career, Steve, as a quarterback at Nothern Michigan University. He signed to the CFL's Hamilton Tiger-Cats but was released a month later on June 9.

How Much Is Steve Mariucci's Net Worth In 2021?

As of 2021, Steve Mariucci has an estimated net worth of $15 million. Not to mention, he built his net worth widely through his salary as head coach. In 2020, he hit position 7 in the list of 20 Richest NFL Coaches Of All Time, where Jimmy Johnson and Bill Belichick are 1st and 2nd respectively.

In 2003, it was reported Mariucci signed a five-year $25 million deal with the Lions with $5 million annually, however, he was fired following three seasons. Before Detroit Lions, he earned a base salary of $2.25 million under his contract with the 49ers as head coach.

Currently an analyst on NFL Network's four-hour pregame show "NFL GameDay Morning," he makes over $100,000 as base salary. Further, he also provides follow-up reports from the late afternoon and Sunday night matchups on "NFL GameDay Highlights."

Steve Mariucci's Wife: Is He Married?

Steve Mariucci has been married to Gayle Wood since July 10, 1982. The couple met when he was coaching at the Cal State Fullerton. 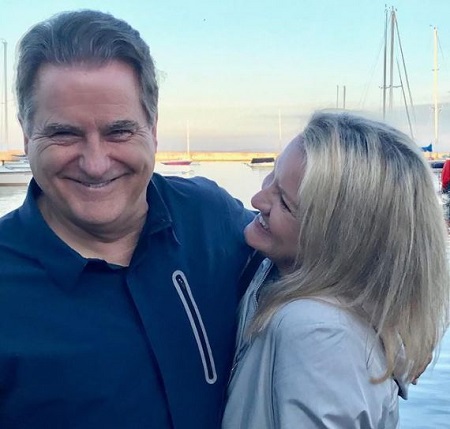 They share four sons together: Stephen, Tyler, Adam, and Brielle. Eldest, Tyler is an assistant athletic director at San Diego State University. The second one, Adam is a Real Estate agent in New York City. Likewise, Stephen is a country music artist.

The Mariucci family resides in Monte Sereno, California and Steve is already a grandfather too. Mariucci who has a tall height is now at the age of 65.

Steve started a coaching career at his alma mater Northern Michigan (1978-79) and later had a stint at Cal State Fullerton (1980–82) and Louisville (1983–84). In 1985, he had his first proposition as a receivers coach at USFL's Orlando Renegades. The following season, he returned to college football and joined the USC staff as a wide receiver coach. From 1987 to 1989, he was the coaching staff at the University of California, Berkeley. He became the offensive coordinator and served the 1990-91 season at the University.