Pasveer is one of the most important players in his nation, as he has given a fantastic performance while playing for multiple teams. Furthermore, he was part of the Netherlands team that won the 2006 UEFA European Under-21 Championship, which was held in Portugal.

Remko Pasveer Has an Impressive Net Worth

As we know, Pasveer is a goalkeeper, and it is sure that he makes most of his gains from being a football player. Since July 1, 2021, Pasveer has been a part of the Eredivisie club Ajax. Pasveer joined the team in a fair deal, but the amount of his contract is not available in the public domain.

But it is believed that Pasveer's salary on his team is decent. In the past, he also played an essential role in helping the Vitesse team win some games. When he left PSV Eindhoven to join Vitesse, Pasveer received a transfer fee of €450Th. 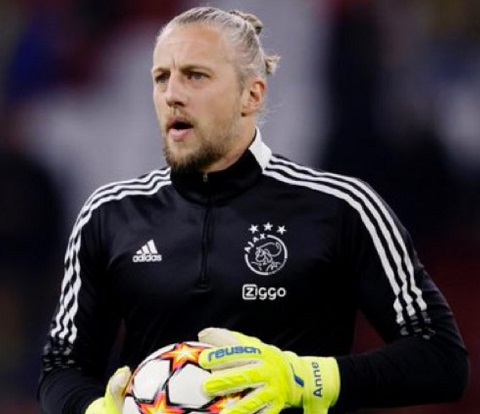 So, from these facts, we can say that Pasveer has preserved a considerable fortune and his net worth is not less than a million dollars. According to Transfermrkt, Pasveer's current market value is €250Th, while the highest amount was €1.25m on February 11, 2014.

Pasveer Is Secretive About His Girlfriend

Moving into his love life, Pasveer may have a partner, but none of the media sources are able to collect the fact. As of now, there are no facts on Pasveer being engaged in romantic affairs. So, we can't say whether he has a girlfriend or a wife.

As we know, the professional goalkeeper is very private about his romantic life, and rather than sharing his personal info with the media; he likes to stay lowkey. Due to his intimate nature, none of the media outlets have been able to collect his girlfriend's or wife's information.

Not only that, but Pasveer does not have much presence on social media, making it more challenging to know about his ongoing lifestyle.

Short Briefing on His Football Career

At a young age, Pasveer joined SC Enschede, and since then, he has been playing football professionally. He later moved to FC Twente and spent most of his early career there. With them, he played from 2003 to 2006. After leaving the club, Pasveer joined Heracles Almelo. 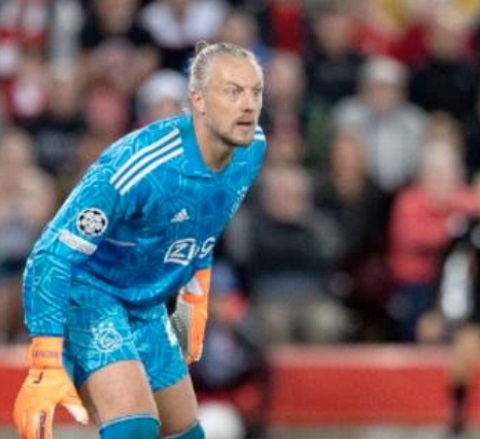 Remko Pasveer in one of his games SOURCE: Twitter @AllAboutAjax

And in July 2017, Pasveer moved to play with Vitesse. Until 2021, he was with them and made 92 game appearances. Apart from being a prominent player in his club, Pasveer has also received a chance to be a part of the national youth team.

Coming to his family background, Remko Pasveer was born to his parents on November 8, 1983. His parents raised him in Enschede, Netherlands. For your information, Pasveer's father, Eddie Pasveer, is also a goalkeeping coach.

Eddie has a Goalkeeping Coach Licence and has worked with multiple teams like Heracles Almelo, SC Enschede, and Twente FC.