Til is one of the most experienced players in his nation as he has got a chance to play with some teams. Also, Til's performance is loved by many people, and in 2021, he won the title of Eredivisie Player of the Month (September).

Til makes a good amount of money from being a professional footballer. On July 4, 2022, Til joined PSV Eindhoven and received a transfer fee of €3.00m. So, from this current team, Til surely takes a decent salary. Also, when he joined Spartak Moscow in the past, Til had a massive deal worth €18 million. It was the third highest transfer fee in club history during that time.

In the same way, he played for Feyenoord on loan, with whom, Til signed a deal worth €1.00m. Taking all these points into consideration, it can be said that, Til has preserved a colossal fortune and his net worth is also in the six figures like many other footballers.

Til Is in a Relationship With His Girlfriend

Talking about his love life, Til is already taken, and he is dating his girlfriend. We can see Til and his girlfriend's multiple snaps on social media, from which we can say they have supported each other for a long time. Meanwhile, the professional footballer has not shared his girlfriend's name yet. 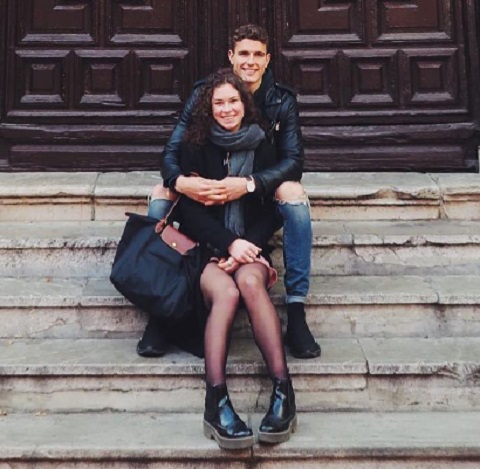 Guus Til is dating his girlfriend SOURCE: Instagram @guustil

Exploring their Instagram posts, it can be said, the pair loves visiting different places together, and they have also gone to some areas on vacation. Furthermore, the twosome is deeply in love with each other, and they may give some updates about their love life in the future.

Not to mention, Til's girlfriend lights her birthday candle in the month of July every year.

Before joining AZ, Til played for Geinburgia and SV Diemen. After joining AZ, Til made his professional debut on August 4, 2016, by playing against PAS Giannina in a UEFA Europa League play-off. Playing in the 2016-19 season, Til made 76 game appearances and scored 23 goals.

On August 5, 2019, Til joined Spartak Moscow. And he made his Russian Premier League debut on August 11, 2019, while playing against FC Akhmat Grozny. And on August 25, 2019, Til scored his first goal for Spartak. In total, Til made 21 appearances and scored two goals for the team. 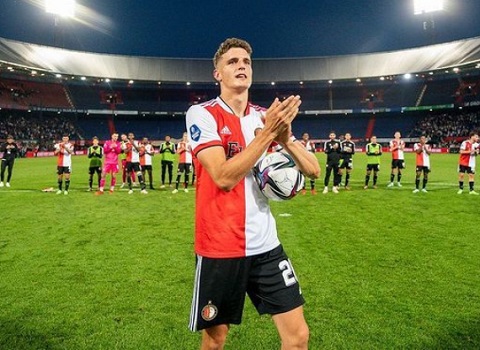 Guus Til after finishing a game SOURCE: Instagram @guustil

While he was on loan to SC Freiburg, Til played in seven games and later moved to SC Freiburg II. After playing in 4 games, he also scored four goals. On June 2, 2021, Til joined Feyenoord and represented the team; he appeared in 32 games and scored 15 goals.

Talking about his international career, Til played for U20 and U21 teams. On March 26, 2018, Til debuted by playing against Portugal.

Insights On His Early Life & Parents

Guus Berend Til was born on December 22, 1997, to his parents in Samfya, Zambia. There, his father worked in the development field. And when Til turned three years old, he moved to the Netherlands with his family.

After that, the family settled in the Bijlmermeer in Amsterdam.