Rebecca Welch is an English professional referee who is the first woman to be the referee of an English Football League match in 2021. She was appointed to referee a League Two match between Harrogate Town and Port Vale at Harrogate's EnviroVent Stadium on 5 April 2021.

Born on 1st December 1983, Rebecca Welch is thirty-eight years old. Her star sign is Sagittarius. She holds an English nationality and is of white ethnic background.

Rebecca started as a football referee in 2010. Aforementioned, she is the first woman to be appointed to referee an English Football League match.

There is no report on Welch's love life in public. She has been in the spotlight for a long time now but has managed her personal life as far as possible. No paparazzi have caught Welch with her lover.

Additionally, she has set her Instagram account private. Since there is no confirmation, Rebecca Welch is believed to be single.

Having played football from a young age, Welch became a football referee in 2010. She studied to be a referee with Durham County Football Association. She made her debut in women's university game and then at a Sunday League match in Sunderland.

She has officiated at games in the Women's Super League and was a referee at the 2017 and 2020 Women's FA Cup Finals. Also, she officiated at the 2020 FA Women's Community Shield. 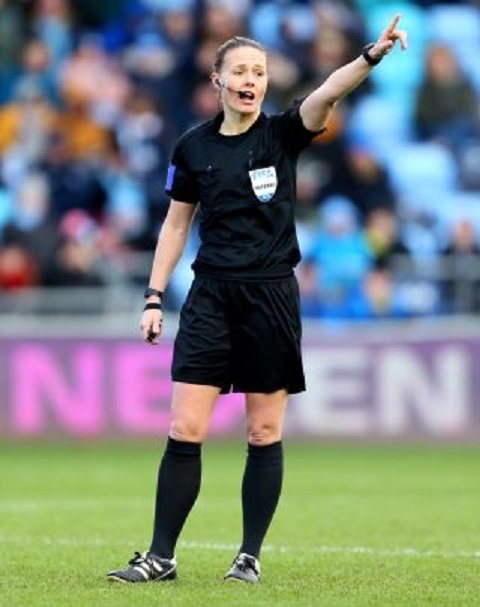 On 29th December 2021, Welch was announced to be the first woman to referee a third-round men's FA Cup match. The game is scheduled to be on 8th January 2022 between Birmingham City and Plymouth Argyle.