Bjorn Kuipers is licensed and FIFA enlisted referees active in the field since 2006. Further, he is enlisted as UEFA's Elite group referees since 2009. The official Dutch football referee is inducted as one of the ref's in Russia Worldcup 2018. Kuipers is also described as “the world’s richest referee”.

Bjorn Kuipers was born on 28 March 1973, to Dutch parents, Gonny Kuipers and Jan Kuipers. He was born and raised in Oldenzaal, Overijssel, Netherlands.

He studied business administration at the Radboud University Nijmegen. Talking about his nationality, he is a Dutch citizen with a Caucasian ethnic background.

Kuipers professionally debuted in a domestic match as a referee on 20 September 2002, in a second-tier clash between SC Telstar and MVV. He was further promoted into the A-List of referees of the Royal Dutch Football Association, KNVB, and has refereed in every season of the top-tier Dutch league Eredivisie since 2005.

His debut in the professional domestic final came on 25 July 2009, when he was chosen to referee the 2009 Johan Cruyff Schaal clash between Heerenveen and AZ. His opportunity to referee his first Dutch Cup final came when he was in charge of the 2013 KNVB Beker Final between AZ and PSV Eindhoven on 9 May 2013.

During the initial stages of his career, he officiated the junior-level tournaments like the UEFA European Under-17 Championship and the UEFA European Under-21 Championship. He was further inducted into the UEFA Elite group of referees and became eligible to officiate at the highest level within European football. On 14 December 2010, he was chosen to referee the semi-final match between TP Mazembe and Internacional in the 2010 FIFA Club World Cup.

The first major European final of his career came on 26 August 2011, when he was appointed to referee the 2011 UEFA Super Cup clash between Barcelona and Porto. He took charge of the 2013 UEFA Europa League Final between Benfica and Chelsea on 15 May 2013. He went on to officiate the 2014 FIFA World Cup in the Round of 16 clashes between Colombia and Uruguay on 28 June 2014.

He was also a match official at the FIFA World Cup 2018.

The 48 years old official is indeed performing well on the pitches now let's have a look at his personal life. The Dutch referee is happily a married man. He tied the wedding knot with his wife Marlies Kuipers in 2003. He also has 2 children. His wife is also his business partner and runs the town's supermarket and hair salon with his wife. 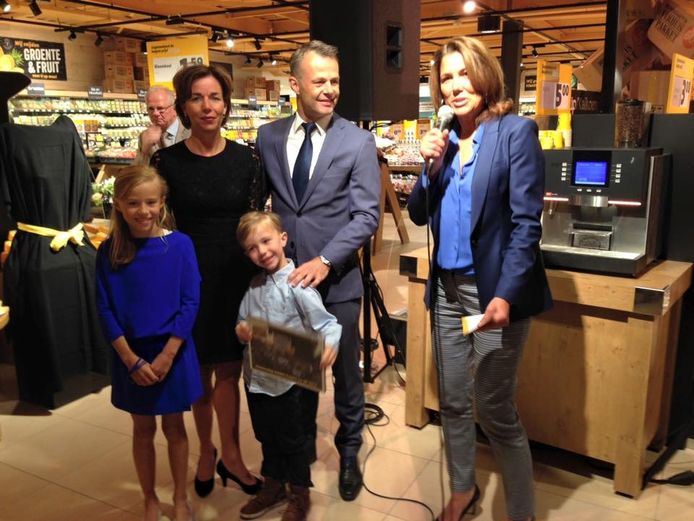 Bjorn Kuipers, his wife, and children with a reporter SOURCE: Tubantia

Recently, his wife and children appeared at the Wembley Stadium during Euro Cup Final which Kuipers officiated.

He is having a blissful life with his family as there are no any rumors or any negative regards from his side.

Bjorn Kuiper has maintained his love life quite secretly. He has set his social media as private, Maybe he wants to keep his relationship away from the media.

Bjorn Kuipers Net Worth and Properties

Bjorn Kuiper also regarded as the richest referee in international football is a millionaire. He reportedly has an estimated net worth of $20 million in 2021, including all of his properties and incomes. His net worth in 2016 was reported to be £11 million.

Kuipers probably earned $60,000 from the Euro Cup 2020 and makes millions annually from the domestic league. In 2017, his annual salary was $2 million from the Dutch league Eredivisie.

Apart from his earnings as a referee, he is also the owner of a number of supermarkets and a hair studio in his hometown Oldenzaal.