2012 CWHL Draftee, Rebecca Johnston, currently signed to the Calgary Inferno as well as a member of the Canada women's national ice hockey team. She finished her collegiate career at Cornell University.

Sudbury, Ontario native, Rebecca Johnston, was born on September 24, 1989, under the star sign Libra. 5 ft 9 in (175 cm) tall holds a Canadian nationality who came from a white ethnic background. Regarding her relationship status, she is single.

How Much Is Rebecca Johnston Earning From CWHL?

A professional ice hockey player since 2007, Rebecca Johnston has earned a decent sum. Currently playing for Calgary Inferno of CWHL, where rookies' salary begins at a minimum of $2,000 and max out at $10,000 per player.

Matter of fact, the CWHL didn’t even pay its players until 2017. Most female hockey players worked full-time jobs in addition to being professional athletes on the weekends, and additional resources provided female hockey leagues were minimal.

Besides, she has won two gold medals and one silver medal at Olympic. As reported, the Canadian Olympic Committee rewards gold medal winners with a $20,000 cash prize, while silver medalists receive $15,000. 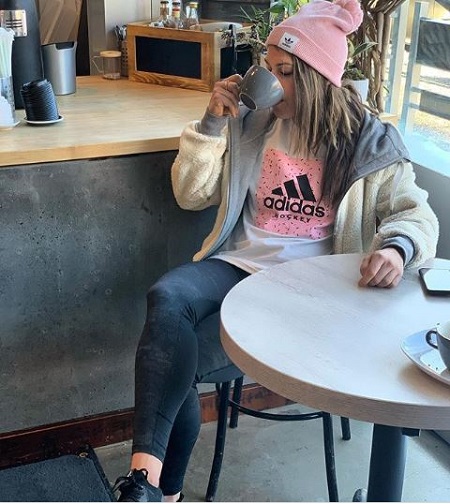 An Adidas and Bauer athlete, her endorsement deal must be lucrative. Furthermore, she is an ambassador to KidSport.

Looking at her salary, prize money, and endorsement, Johnston is believed to have a net worth around $0.5 million. She has 2017 Chevrolet Equinox worth, $21,100. Before, she also owned the 2015 Chevrolet Equinox.

Active on Instagram with 15.2k followers, Johnston's account is full of her wonderful pictures from her travel diaries. Most recently, she experienced the beauty of Grassi Lakes Trail in Alberta, Canada. Before, she went to Tofino. She state, "Tofino sure is one beautiful place, Finally overcame my fear of the ocean kinda." 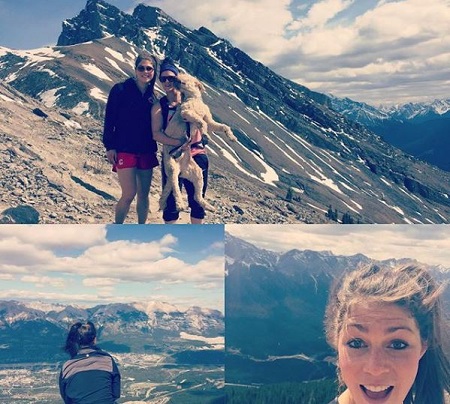 Besides, she has photos from Ha Ling Peak, Banff mountain, and many others.

The Calgary Inferno Forward, Rebecca Johnston is neither married nor in a relationship. Currently, she is possibly single.

While at Cornell University, she dated a guy from the men’s hockey team. She said, "It was valuable in our relationship to have that common interest and similar competitive personalities." However, there is no further information, such as when they called off their relationship.

Rebecca was born to parents: Colleen and Bob Johnston, CEO of the Greater Sudbury Airport. She has five siblings, all of whom are exceptional hockey players. In fact, their parents are both very athletic and love outdoor sports. They passed this on to their children, perhaps genetically, but yes, in the way they were raised.

Rebecca was on the Cornell University hockey team, as was sister Sarah and brother Jacob. Further, Ryan played for Colgate University, and youngest Steven is played Junior A at Pembroke.

In the 2012 CWHL draft, Rebecca Johnston was picked 2nd overall. In her first season with the Calgary Inferno, she broke Danny Stone's franchise record for most points scored in a season. Additionally, she won the Angela James Bowl, awarded to the league's scoring leader in 2015.

With the team, she also won their first-ever Clarkson Cup championship in 2016. Her other CWHL honor includes Most Valuable Player, 1st Canadian Women's Hockey League All-Star Game. In 2018, Brianna Decker and Kacey Bellamy joined the team.