Rashaad Penny is an American professional Football player who plays as a Running back for the Seattle Seahawks of the National Football League (NFL). Additionally, he was first drafted by the Seattle Seahawks in the 2018 NFL draft as a first-round 27th overall pick. Moreover, he made his NFL debut in 2018 against Denver Broncos in the season opener.

Rashaad, who has played in the NFL since 2018, has an estimated net worth over $8 million. In addition, he has gathered $12,778,818 as career earnings. Besides, Rashaad is in a romantic relationship with his girlfriend, Deja Harris.

Are you interested to know more about Rashaad's relationship history? If yes, make sure you read this complete article until the end.

Rashaad Penny Earnings; How much is his Net Worth?

Also, his Instagram account suggests that he is living a luxurious life, and we believe the lifestyle he is living is completely financed from his professional career. Also, the details about Penny's valuable assets like cars and house are not in the media yet.

Is Rashaad Penny in a Relationship? Know about his Personal Life

Rashaad is enjoying a romantic relationship with his stunning girlfriend, Deja Harris. Reportedly, the couple started dating since November 2017. Furthermore, the lovebirds haven't decided to get married yet but might be planning to exchange their vows soon. 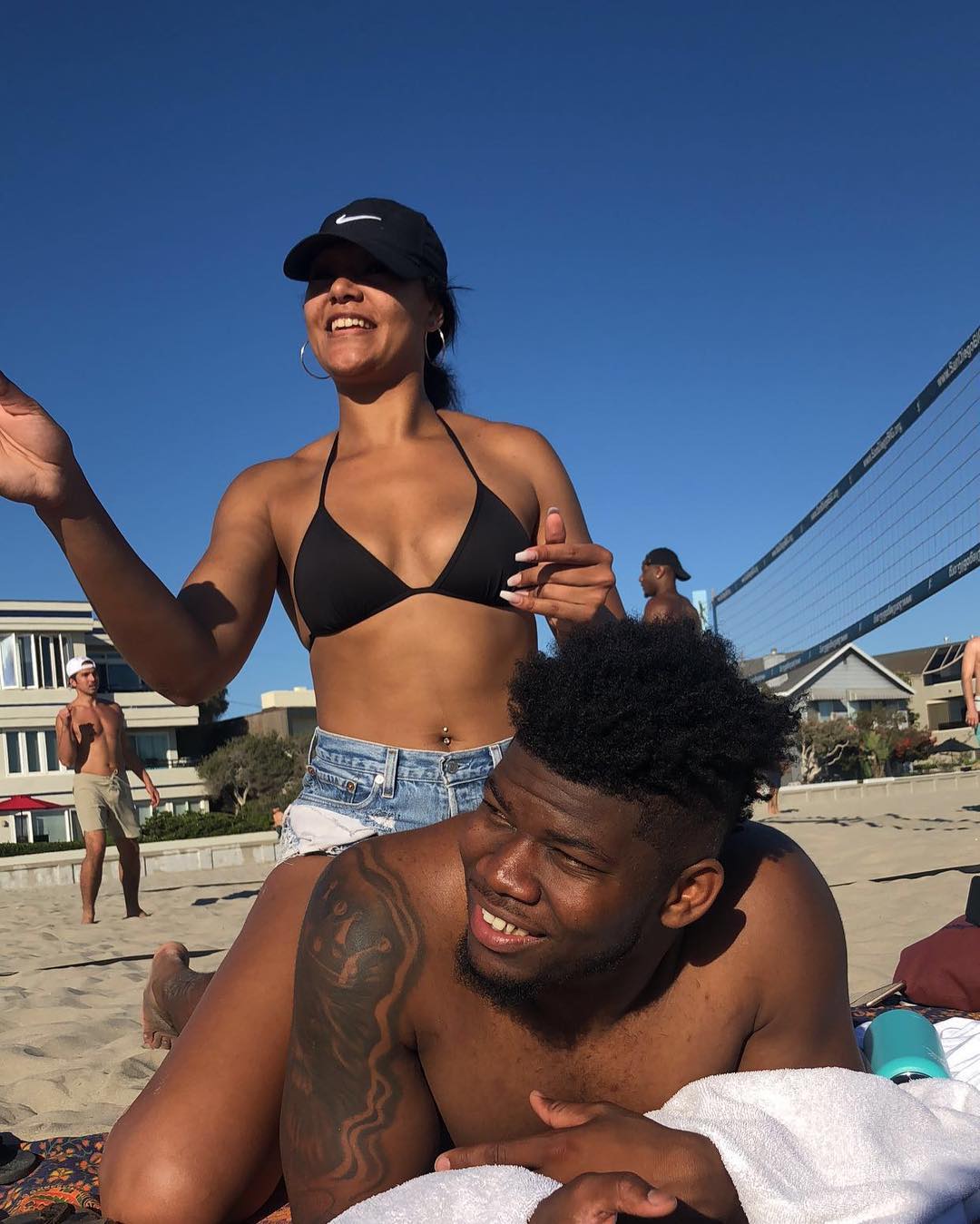 Exploring Rashaad Instagram profile, we found that he is in deep love with his future wife as he has posted alot of pictures of her in his profile. Also, the couple regularly enjoys their free time with eachother, hanging around on the beach and going for vacations. 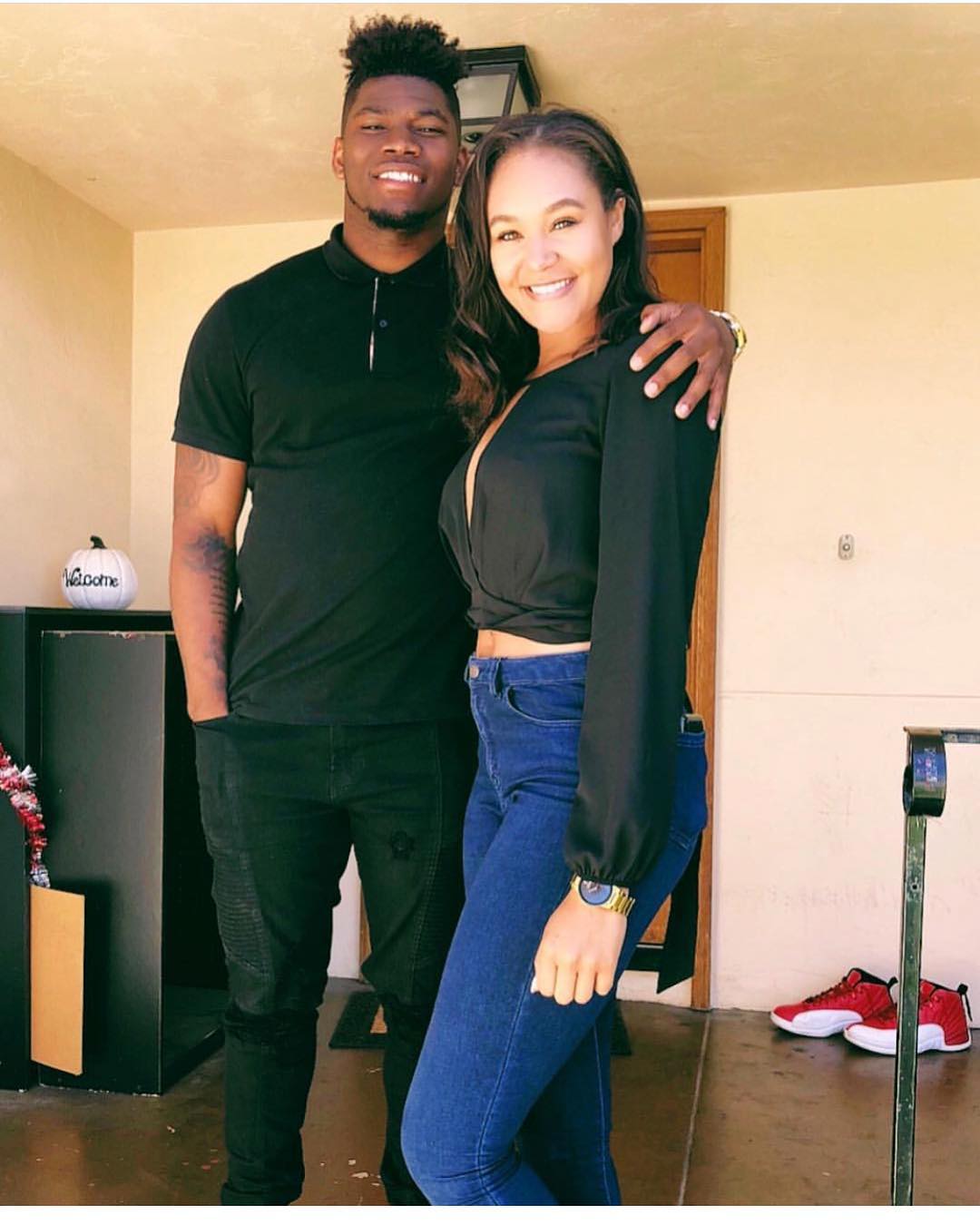 Apart from love affairs, Rashaad is actively involved in social media, which suggests that he has a good social life. Furthermore, he also loves a spend some quality time with his friends and family, which indicated that Penny has perfectly maintained his love life and other important relationships.

Likewise, Rashaad is equally focused on his career as he spends most of his time practicing and working out in the gym.

Who is Deja Harris? Let's find more about her

Deja is famous as a girlfriend of a renowned Football player, Rashaad Penny. Besides, she was born on March 18, 1996, in Las Vegas. Deja was born as one of the daughters of Adrian and Merlelynn Harris.

Similar to her boyfriend, she is also a sports lover as she is a former football and volleyball player at the University of Nevada. 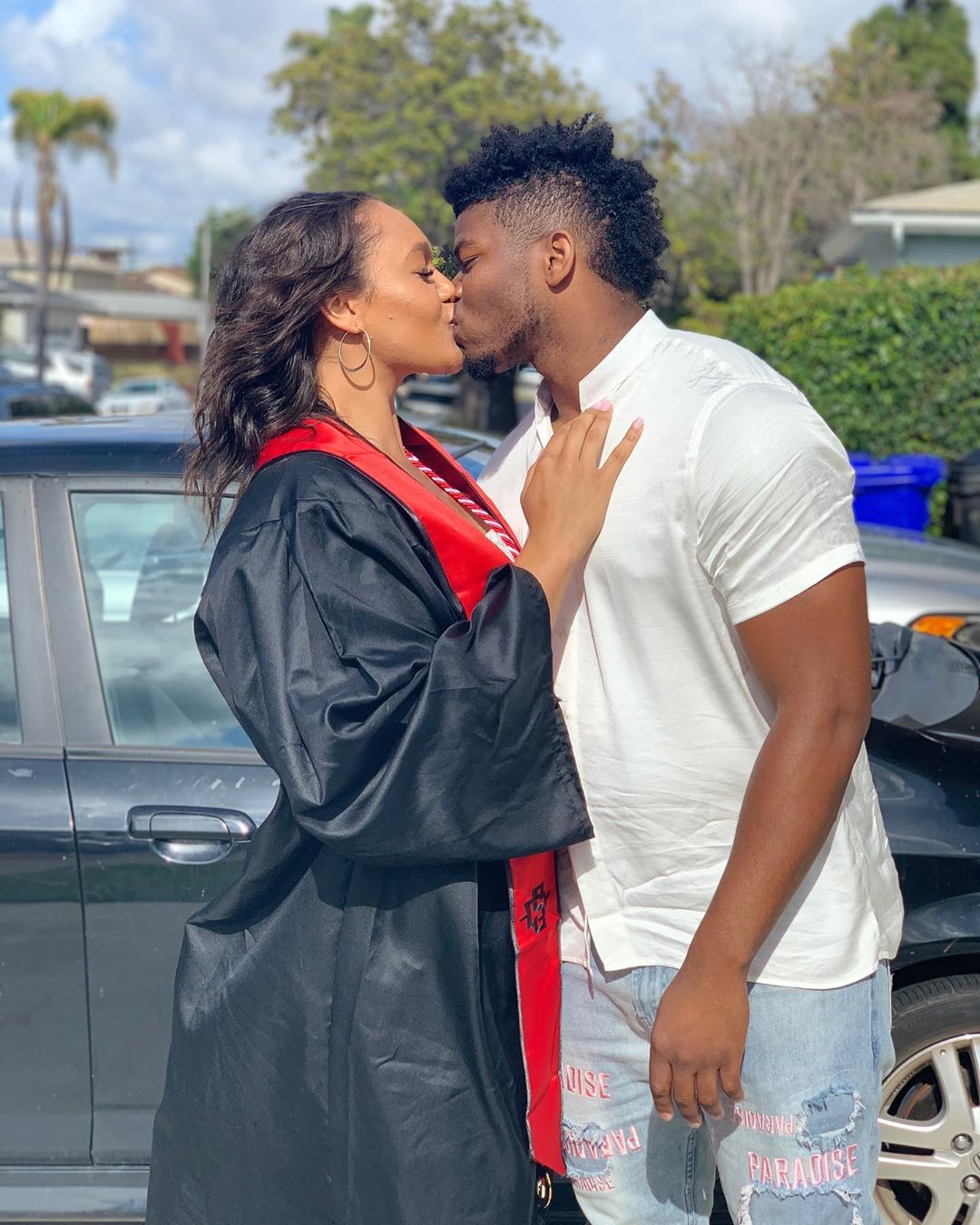 Talking about her education, she graduated from Calgary Chapel High School in 2014. Later, she attended San Diego State and graduated with a major in pre-med and a minor in psychology in 2018. Furthermore, she was also the team member of the Aztects volleyball team.

Rashaad was born on February 2, 1996, in Norwalk, California to Desiree and Robert Penny. He holds American nationality and belongs to the African ethnic group. Also, Penny was born under the star sign, Aquarius.

Moreover, he made his NFL debut in 2018 against Denver Broncos in the season opener. Moreover, he signed his first professional contract on May 16, 2018, with the Seattle Seahawks.