Jadeveon is an American professional football player who is currently playing for the Seattle Seahawks of the National Football League. Earlier he played for the Huston Texans in NFL after being picked 1st overall in the 2014 NFL Draft. He plays in the position of Defensive end wearing a jersey number of 90.

Jadeveon was born on February 14, 1993, in Rock Hill, South Carolina, the United States to David Morgan (Father) and Josenna Clowney (Mother). An American by nationality, he belongs to black ethnicity and his birth sign is Aquarius. He was also called as “Doo Doo” during his childhood.

The three-time Pro Bowl has so far earned more than $50 million from NFL.

Jadeveon is a rising player of the recent era. Reviewing his personal life, he is still to get married. However, he has been living together with his girlfriend Najah Re Martin for quite a long time.

His girlfriend Najah Re is a Certified Production Makeup Artist. 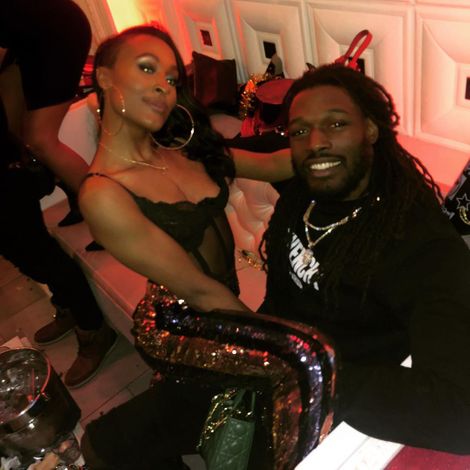 The couple has a child named Jahlil Clowney, born on October 2015. Moreover, the couple has not decided to get married. Considering the fact, we can assume that she might be the future wife of an NFL player. 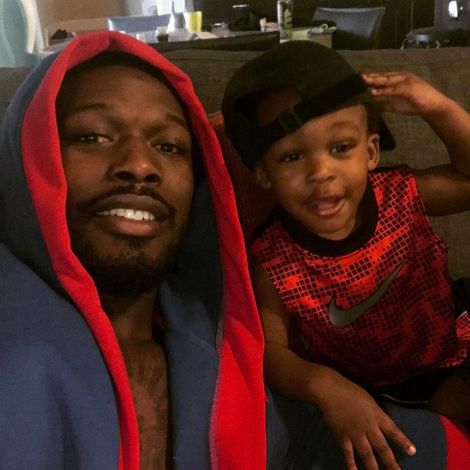 Jadeveon Clowney rose in Charlotte, North Carolina, along with his maternal grandparents John and Josephine Clowney, as well as his mother’s boyfriend named Christopher Jones. His father David was sentenced to prison for 12 years for robbing a Rock Hill check-cashing business.

Growing up from such a family background, he struggled a lot to achieve his goal. Currently, we recognized him as one of the defensive players in NFL history.

Jadeveon Clowney attended the University of South Carolina after graduating from South Pointe High School, in Rock Hill. At South Pointe, he played for the junior varsity team as a running back and defensive end. Including his big athletic body and amazing skills, he led his school to the state finals for the second time but lost to Myrtle Beach at USC’s William- Brice Stadium. However, he earned a name of South Carolina’s 2010 Mr. Football for his incredible defensive gameplay.

Jadeveon's struggle paid him off in a very short period. Numerous numbers of people liked and appreciated him. Afterward, he moved to New York City for a photo shoot for an ESPN magazine, which appeared in the Journal’s February 7, 2011, issue.

In South Carolina, Jadeveon played on the South Carolina Gamecocks Football team for three seasons. During his first season, he credited 36 tackles for the team where he earned SEC Freshman of the year, All-SEC 2nd Team honors, and was named to multiple Freshman All-American 1st team lists in The Sporting News, FWAA, CBSSports.com, and Rivals.com.

Jadeveon won a number of titles throughout his college career. Some of them are SEC Defensive Player and lineman of the week honors, Notre Dame’s Ross Browner and Virginia tech’s Bruce Smith both college Football Hall of Famers. Moreover, he became a finalist for the Bronko Nagurski Trophy, the Lombardi Award, the Chuck Bednarik Award, and so on.

Later in 2013 season, Jadeveon got selected to one 2013 All-American team by the American Football Coaches Association. Similarly, after playing three years for the University of South Carolina, he made his professional Football debut with Huston Texans where he was picked by Huston in the 2014 NFL Draft. He signed Huston for $ 22.272 million that featured a $ 14.518 million signing bonus. Since then, he has been playing for Huston Texans. As of now, he has earned the name of first Bowl and Second-Team All-Pro.