In this modern era, the issue of physical fitness has become popular among all, mostly among the youngsters. And the 53-year-old personal trainer and author Bob Harper is a familiar face to all. Bob is also famed for his appearance in the American television series The Biggest Loser and as of September 8, 2015, he is hosting the show succeeding Alison Sweeney.

Besides his successful career, Bob seems prominent in his love relationship as well. Talking about Bob's personal life, probably, many of us know that Bob is openly a gay like the retired American professional basketballer Jason Collins. Currently, he is reported to be dating his boyfriend Anton Gutierrez.

Love is love after all, either it is with male or female. So, the same story has the American personal trainer Bob Harper to share. Following Bob's revelation of being a gay on the 7th episode of the 15th season of The Biggest Loser on November 28, 2013, Bob was rumored to be in a relationship with Anton Guiterrez.

The photo of Bob and Anton sharing close moments on the Instagram in 2014 fueled the rumors, which was later proved to be right. Though it took them more than a year to admit their relationship officially. Have a look.

The couple's relationship became official in 2015 after they were spotted kissing while on the day-out on November 18, in West Hollywood, California. 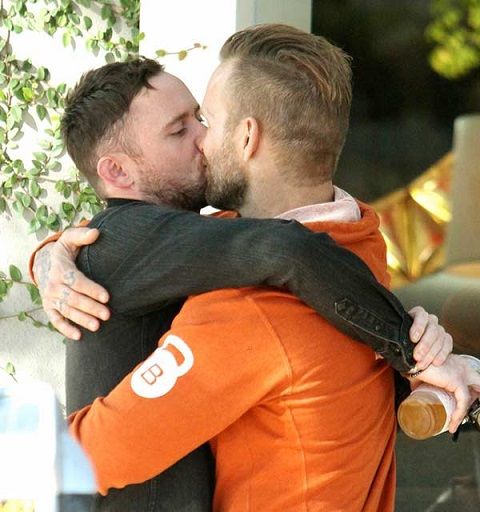 Till now, the gay couple has not talked much about their first date or relationship beginning.  But most importantly,  their intimate bond hints that they are living their love life to the fullest as of now. Well, if you are confused that who is the boss in their relationship, we do have the answer to their bossy relationship too.

In February 2016, Bob Harper and Anton Gutierrez appeared in the episode of Oprah: Where Are They Now, where it was revealed Harper, to be superior in the relationship. In the show Bob said of Anton:

"He is a great sous-chef. He does everything that I tell him to do."

"He just likes to boss me around in the kitchen."

Have a look at the preview of the episode

It's been 2 years since the official declaration of their relationship,  and till now, no mishap has been able to touch their relationship knots. Reportedly, Bob and Anton are deeply and madly in love with each other sharing memorable moments.

Currently, neither Bob nor Anton has talked about getting married. But what future brings up, no one knows.

Hope that the happy news will be out soon, so let's wish them best till then.

Seems Bob's love with Anton is not the only one, he had. In the episode of Watch What Happens Live! on January 13, 2014, Bob revealed that he once dated the Shahs Of Sunset star Reza Farahan.

While asked about Reza's and his relationship, Bob answered with a grin on his face. He said:

"We had a thing! A very very long time ago."

"It was a tawdry little thing."

The issue got a strong proof after Bob shared a throwback of him and Reza on his Whosay account. Take a close look. 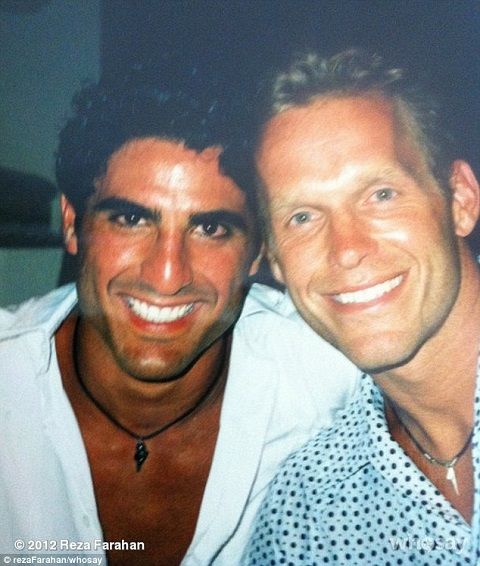 Thinking about how Reza looks currently? Here is the photo of Reza. 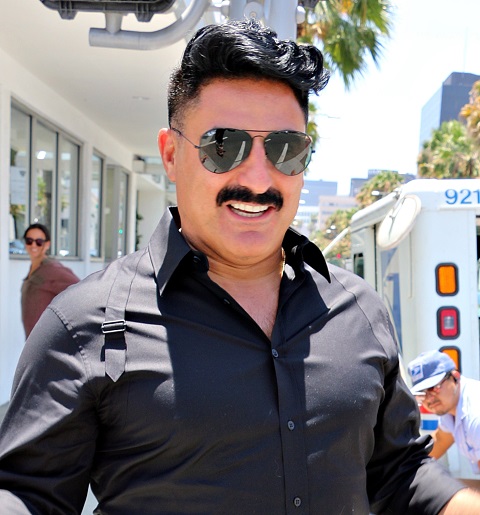 Though Reza didn't comment on the issue, probably it was because he was happily engaged to partner of over four years Adam Neely, after getting proposed in 2013.

The story of Bob also has turned the pages of happiness as well. Time really brings up miracles!