Ronald "Popeye" Jones is a former American basketball player who played for different NBA teams like the Golden State Warriors and Washington Wizards. He is currently serving as an assistant coach for the Denver Nuggets of the National Basketball Association (NBA). Earlier, Popeye served as an assistant coach at the Philadelphia 76ers  alongside other assistant coaches like Sam Cassell and Dave Joerger. He is a one-time NCAA rebounding leader and a two-time OVC Player of the Year.

Hailing from the suburbs of Dresden, Tennessee, Ronald "Popeye" Jones was born in 1970. He celebrates his birthday on June 17 every year, making him 51 years old. Likewise, he goes by the birth name of Ronald Jerome "Popeye" Jones.

Not much is known about his parents and siblings, other than that he received his nickname "Popeye" from his mother. As for his academics, he first studied at Dresden High School and later enrolled at Murray State University.

For his amazing performance, he got All-Ohio Valley Conference selection thrice, All-America honorable mention twice, and was named OVC Player of the Year twice (in 1990 and 1991) and OVC's Athlete of the Year (in 1991 and 1992). Likewise, his no. 54 jersey was also retired by Murray State University to honor him. After great successful college seasons, he was picked 41st overall in the second round of the 1992 NBA Draft by the Houston Rockets. 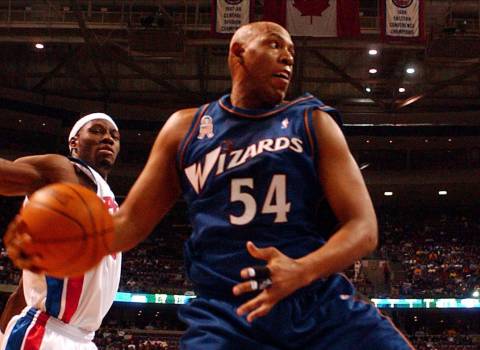 However, Popeye's rights were later traded with the Dallas Mavericks, due to which he wasn't able to play in the NBA that season. Due to that, he went to Europe and played for the Premium Milano in the 1992-93 season. After a season in Europe, he returned to the NBA in 1993 and began playing for the Dallas Mavericks.

The last team with which Popeye played professional basketball was with Golden State Warriors. He joined the team in 2003 and played for them for one season. In 2004, he bid farewell to basketball as a player.

After spending 11 years as a professional basketball player, Popeye decided to retire as a player. After retiring from basketball, he took a long break before returning to the game as a coach in 2007. Initially, he worked as a player development coach for his former team, Dallas Mavericks. After serving the team for a long-time, he left the team.

In 2010, he was hired as an assistant coach for the New Jersey / Brooklyn Nets. He served the team for three years and left his position in 2013. Later, on August 14, 2013, he joined hands with the Indiana Pacers as their new assistant coach.

While he was there, he worked with some highly talented players like Roy Hibbert and Paul George. The coaching team and players' hard work led the team to reach the Eastern Conference Finals within the first two years. Likewise, the team managed to record more great victories in his tenure.

After serving the team for almost seven years, Popeye bid farewell to Indiana Pacers in 2020. On November 9, 2020, he was signed by the Philadelphia 76ers as an assistant coach. He is currently working under the head coach Doc Rivers and leading the team to the next level.

Popeye Jones played professional basketball for 11 years in the NBA. During that time, he was able to garner a hefty sum. Till the time he took retirement, he was able to earn a total of $14,732,569. Likewise, his coaching career has also been quite fruitful.

As per sources, the average salary of an assistant coach in the NBA ranges from the lowest of $100,000 and reaches the highest of $1 million. Considering Popeye's history as a player, it is pretty certain that he was well-paid.

So, how much is his net worth? As per reports, Popeye Jones has around $5 million - $6 million.

Is Popeye Married? (Wife and Children)

The current Philadelphia 76ers assistant coach was once in a marital relationship. He was married to Amy Jones. The two were married for a long time, but the exact details of their marriage are still not disclosed.

In their marital life, they were blessed with three sons; Justin, Seth, and Caleb Jones. The duo's three sons are currently well-known ice hockey players, although they love basketball. 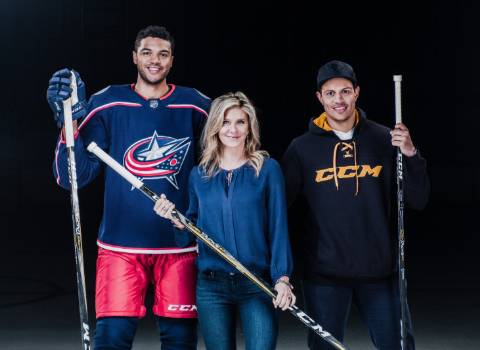 Sadly, Popeye and Amy's togetherness wasn't meant to last forever, as they decided to get divorced in 2009, years after sharing the wedding vows. Although separated, they have maintained a friendly bond.