Glenn Anton Rivers well recognized as Doc Rivers is an American basketball coach and retired player in the National Basketball Association (NBA). About his playing stint, he finished his collegiate career at Marquette and was selected by the Atlanta Hawks in the 1983 NBA Draft in the 2nd Round with 31st overall pick. Further, he played for the Los Angeles Clippers (1991-1992), New York Knicks (1992-1994), and San Antonio Spurs (1994-1995). At present days, he serves as the coach for the Philadelphia 76ers, having previously served as the head coach of the Orlando Magic, Boston Celtics, and Los Angeles Clippers.

Chicago, Illinois native, Doc Rivers was born on 13th October 1961, under the star sign Libra. The fifty-eight years old holds an American nationality who came from an African ethnic background.

As of 2020, Doc Rivers' net worth is estimated at $50 million. Not to mention, the significant source of his income is the NBA. Reportedly, he summoned over $8 million through 14 seasons long in the NBA as a player.

In 2004, he signed with Boston Celtics as their head coach but the exact financial detain in under shades. In 2011, Boston and Doc agreed on a 5 year $35 million extension. In 2013, he became the head coach for Los Angeles Clippers. Earlier, this year he was reported the 2nd best paid NBA coach with an annual salary of $10 million after Gregg Popovichs of the San Antonio Spurs. On 28th September 2020, he was fired by the Clippers. 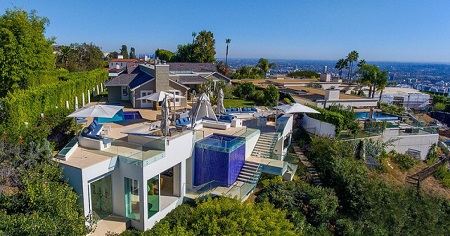 Regarding his real estate, in 2014 he purchased On 28th September 2020, he was fired by the Clippers but sold it in the same year. Further, he scored a Hollywood Hills mansion for $8.2 million in 2014 and listed on the market for $12 million. Moreover, he owns a beachfront home in Malibu that carries a $13 million price tag.

Doc Rivers was married to Kristen. The couple tied the knot in 1986. They shared four children. Their eldest son, Jeremiah played basketball in the NBA D-League for the Maine Red Claws. Further, daughter Callie is a former volleyball player at the University of Florida who is now married to NBA player Seth Curry. Similarly, the other two sons: Austin plays for the Houston Rockets and Spencer who played for Winter Park High School and for UC Irvine. 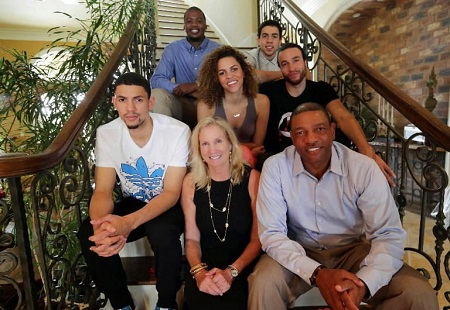 In January 2020, Doc Rivers pictured out with a stunning new girlfriend outside an LA club. He secretly divorces his wife of 34 years.

Doc Rivers was born to Grady Rivers, a police officer, and Betty Rivers. His uncle, Jim Brewer, is the former NBA Player.

Rivers enrolled at Proviso East High School where he was a McDonald's All-American. He graduated from Marquette while completing course work as an NBA player.

In 1999, Rivers started his coaching career with the Orlando Magic, where he coached until 2003. Following the first season, he won the Coach of the Year award in 2000. In 2004, Rivers was hired by the Boston Celtics as their head coach. He earned the honor to coach the East for the 2008 NBA All-Star Game in New Orleans following the Celtics' 109–93 victory over the New York Knicks on January 21, 2008. Further, defeating the Los Angeles Lakers in six games, he won his first NBA Championship on 17th June 2008.

On June 25, 2013, the Los Angeles Clippers acquired Rivers from the Celtics for an unprotected 2015 NBA first-round draft pick. Also, he became the senior vice president of basketball operations on the team.

On September 28, 2020, Rivers was fired after the Clippers' playoff exit versus the Denver Nuggets.