Pierluigi Gollini is an Italian football player. He currently plays for the Premier League club Tottenham Hotspur as a goalkeeper. Gollini recently transferred to Spurs from Serie A club Atalanta on a loan deal. He represents the Italy national team and has played for several professional clubs, including Atalanta, Aston Villa in 2016, and Hellas Verona in 2014.

Pierluigi Gollini was born on March 18, 1995, in Bologna, Italy. He rose to fame only after his successful career so, much about his parent is still under the radar. Talking about his physical appearance, Gollini stands six feet and four inches tall and weighs 80 kg.

Who is Pierluigi Gollini's Girlfreind? (Relationship and Past Affairs)

Spur's goalkeeper Gollini is in a romantic relationship with Donatella, a social media influencer. The couple has been dating for a long time, and still, the bond between them is strong.

Gollini has posted a few posts with Donatella mentioning her love of his life; the couple is often seen together on the football ground. Donatella herself is popular on Instagram, followed by 1.4million followers. It is unsure whether they have been married. Besides their professional life, Gollini lives a happy life with his girl Donatella. 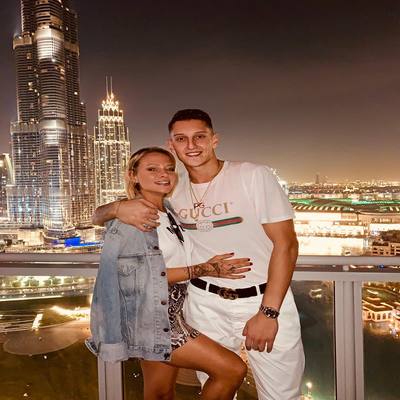 Donatella posted on Instagram asking her fans if she was pregnant or not. The model posted it with her big belly, which made many fans curious. She posted

"I'm pregnant YES but my period will come too, but now I'm happy with it Looking at the image, however, how much does my tummy give me?"

Talking about his previous relationships, Gollini is reported to have dated Guilia Provide. The couple spent some years together; Provide was a singer and a showgirl, they broke up due to some personal reasons which remain a mystery to his fans.

How much Rich is Pierluigi Gollini in 2022? (Net worth and Earnings)

Spur's goalkeeper Gollini is one of Italy's admired and well-known keepers; he has represented different professional clubs and national teams. Talking about his journey, he has been part of Hellas Verona, Aston Villa, Atalanta, and Tottenham Hotspur. He might have collected some good fortunes to date, looking through his journey. 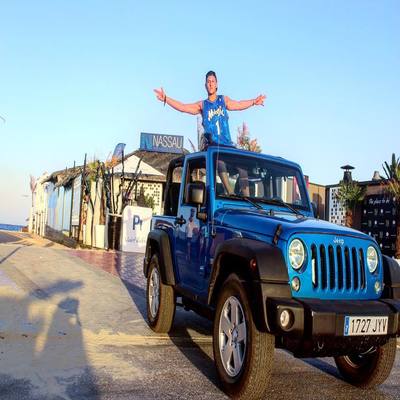 Talking about his salary, Gollini earns £25,000 per week, which sums up to the annual salary of £1,196,000 playing for the Tottenham Hotspur of the English Premier League. He has collected good earnings to date; talking about his years in Atalanta, he earned £1,300,000 previously in 2021.

Gollini lives a luxurious lifestyle and has an estimated net worth of between $1-$5 million approximately, yet he has a long journey to go for him in the coming years.

Pierluigi Gollini has been using, promoting, and advertising Nikes technologies and designs. Gollini has posted about his sponsorship with Nike on his Instagram, through which he might have been collecting some good earnings to date. 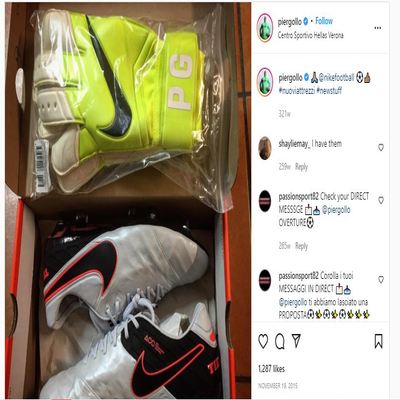 The Nikes have sponsored him for his outfits, and there is yet to come for this amazing young talent in the coming years.

The Spur's goalkeeper was passionate about football from a young age; he graduated from Manchester United's Youth Academy and joined Hellas Verona back in 2014. Gollini joined Aston Villa after two seasons with Verona in 2016.

Gollini transferred to Atalanta as an 18-month loan from Aston Villa in 2017 and signed permanently with the club on June 10, 2018; he started his debut season in the UEFA Champions League, qualifying to the round of 16 with Atalanta. In 2021, Gollini joined Premier League club Tottenham Hotspur on June 24 as a loan for the season. The deal included the option to buy, which the spurs might think about. He made his debut for the club on August 19, 2021, in the UEFA Conference League, bearing a defeat.

Aside from a professional goalkeeper, Gollini, in June 2018 under the pseudonym, Gollorius, published rap music single, "Rapper coi guanti," which became trending news to the public. He donated the proceeds to the charity from his rap single.