Anton Shunin is a Russian professional football player who currently plays as a goalkeeper for Russian Premier League club Dynamo Moscow and the Russian national team. He started his professional career with Dynamo in 2004 and has been playing for the team since then. He was first called up to the national team in 2007 but left out for several years after that. He recently got an invitation to the team as a first-choice goalkeeper for the UEFA Nations League in 2020.

What is Anton Shunin Salary anNet worth in 2020? After his divorce from first wife, who is he married to? Does he have a child? Scroll down to know everything about him

What is Anton Shunin's Salary?

Anton has been playing for Dynamo Moscow since 2004 and is the first choice goalkeeper of the team. He makes good earnings from the team and is one of the highly paid goalkeepers in the league. Earlier in 2015, when he was a second choice keeper, he used to earn more than Vladimir Gabulov, the first choice goalie. He extended his contract in 2015 that paid him a huge salary.

Shunin reportedly earns more than €2 million annually in 2020. In 2015, his yearly salary was €1.6 million and was 58th highest-paid player in the league while Zenit's Hulk was the highest earnings player with an annual salary of  €7 million. 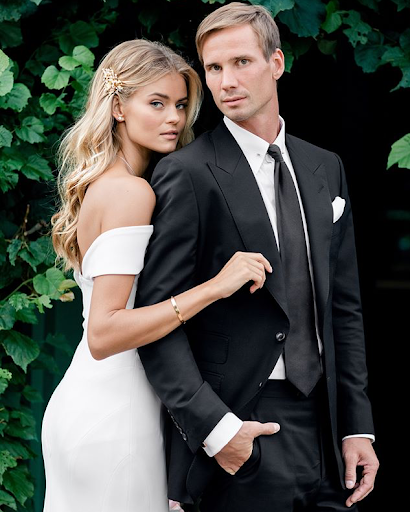 Anton and Kate revealed their engagement in April and announced that they were getting married soon. She even shared her engagement ring on her Instagram. They reportedly dated for around 6 months before their marriage. The couple recently became the parents for the first time. His wife Kate gave birth to the couple's first daughter on May 22, 2020.

This is the second marriage of both the couple. Kate was previously married to a soldier named Alexander in Saint Petersburg in August 2016. She got a divorce in less than a year after she got into modeling and her former husband got posted at a secure military base at Severomorsk, in Russia's north-western Murmansk Oblast region. They separated after Kate started dating Anton. 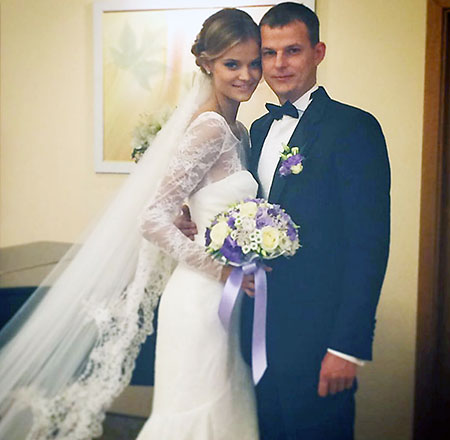 Anton Shunin Past Relationship and Divorce

The Russian international was previously married and is a father of a son who is 7 years old currently. His son was 5 years old during his second marriage and was also present there. There is no any information about his first wife and divorce.

Anton also dated Alena Shishkova in 2015. His former girlfriend Alena is a Russian glamour model and beauty queen who crowned Vice Miss Russia in 2012. They split after some moths of romance in 2015.

The goalkeeper was born as Anton Vladimirovich Shunin on 27 January 1987. He is 33 years old as of September 2020. He was born in Moscow, Sovi, and hold Russian nationality. His father's name is Vladimir Shunin.