Perrie Lousie Edwards, an English singer and a member of the renowned British girl group Little Mix, is making headlines as the girlfriend of English footballer Alex Oxlade-Chamberlain, who played in the Premier League for Liverpool FC.

After years in the X-Factor, the football WAGs was one of the best-selling girl groups of all time, where they sold 60 million records worldwide. After being eliminated from the first audition, the beautiful English singer joined the girl's group. The group has released six albums, making it possible for Perrie and her group to achieve five number-one singles on the UK Single Charts.

Perrie was born on the 10th July 1993 in the beautiful town of South Shields, England, where she grew up with her parents. The British singer always had her parents as her inspiration. Her father, Alexander Edwards, and Deborah "Debbie" Duffy, too, were a singer back then. 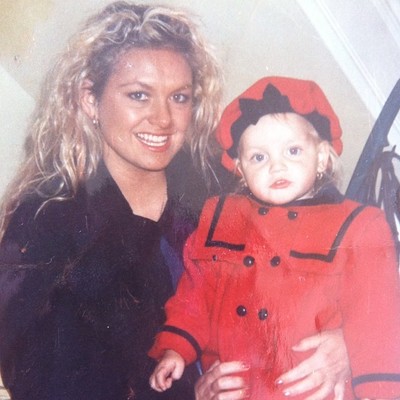 Parrie grew up with her older brother and a half-sister with whom she spent her childhood time. The British singer joined the Radipole Primary School and changed schools three times to other places.

Are Perrie Edwards and Alex Married? (Past Affairs and Boyfriends)

Perrie had dated Zyan Malik back in 2012, where they were named the super-couple. Zyan, too, had a tattoo of the South Shield-born singer on his arm. The couple ended their relationship in July 2015, mentioning Zyan had dumped her. After such heartbreaking moments, Perrie and her Little group Mix wrote a blasting song, Shout To My Ex, which shook the internet as this song was unconditionally aimed at Zyan.

The British singer was too rumored to be dating Leon King in 2015 and was linked to Luke Pasqualino in 2016, but the relationship did not go that long. 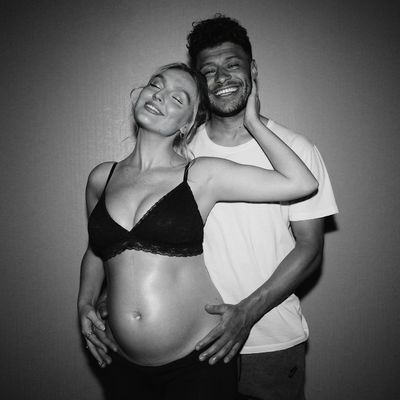 Little Mix Star Perrie finally found her prince after all those years. The South Shields-born singer is finally engaged to the Liverpool football player Alex Oxlade-Chamberlain. The couple had been dating since late 2016 and early 2017. Perrie had convinced her fans as she was secretly committed to Alex. 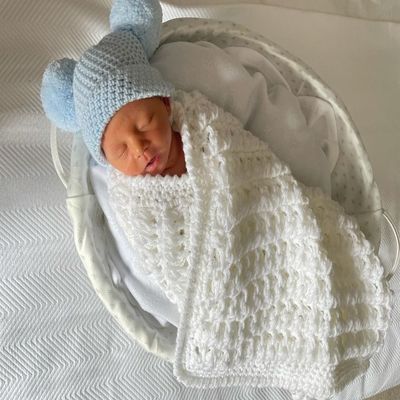 The beautiful couple became parents to baby Axel in August 2021, which she had posted on social media informing her fans about her pregnancy and birth. Perrie has had a beautiful time with her partner Alex for long years. The Little Mix Star was seen very and excited to become a mother.

As a passionate singer, Perrie auditioned as a solo singer in 'The X Factor' in 2011. She was rejected and given a chance to perform with the rejected participant Jesy Nelson.

The rejected participants Jade Thrilwall and Leigh-Anne Pinnock, were later grouped to form the 'Rythmix' group, which changed to 'Little Mix' later, which won the competition, becoming the first girl group ever to win the 'The X Factor.' 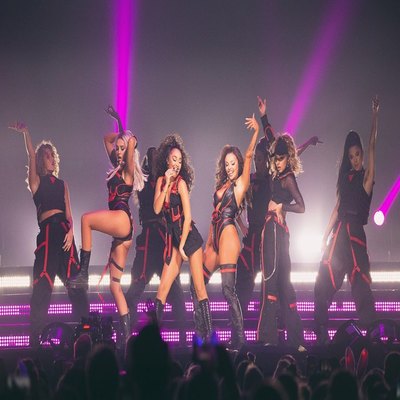 After winning those competitions, the group released the debut album 'DNA,' one of the best debuts the group could ever have. The album was in the number 3 position on the UK Albums Charts and was in the top 5 albums in the USA.

After a successful debut, Perrie and her girls released their second album 'Salute' in 2013 and released their third album and fourth album after two years.

Perrie Edwards Net worth and Earnings

Popularly known for being a member of the singing group Little Mix has always been linked with sponsors, brand ambassadors, food franchises, TV advertisements has collected some good fortunes to date.

The Little mix as a trio has a net worth of £54 million, which leads Jade, Perrie and Leigh to have a net worth of around £18 million individually. The British singer has a lot of brand collaborations. 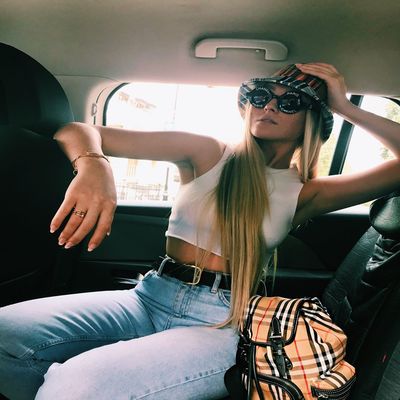 Talking about brands, Perrie was the new face for the Italian brand Superga, and later released her first designed collection of shoes and was the first female ambassador for the brand "Supreme Nutrition." Perrie was seen with the brand Disora website in late 2021.

Perrie, along with her girls, had made the Young Rich List three years in a row in 2019, 2020, and 2021. The Little Mix was listed in the 14th position with £54 million alongside Ed Sheeran, Harry Styles, and Nail Horan.

Perrie has always been known for being in the group 'Little Mix' where the group has been listed in the Young Rich List three in a row in 2019, 2020, and 2021 respectively. Perries, alongside her teammates, has always been an inspiration and a role model to look for.

Perrie, alongside her group 'Little Mix,' was awarded the Cosmopolitan Ultimate Women Award in 'Ultimate Export' in 2013. The group has been named the 'Band of the Year' award at the Glamour Awards event and was respected with the Pure Beauty Awards in the category 'Best New Eye Product" in 2014.

In 2015 the Perrie with her group 'Little Mix' won the Cosmopolitan Ultimate Women Award and the 'Best UK & Ireland Act' award by the Europe Music Awards. Perries too were awarded the 'Choice International Artist,' and in 2017, the group was awarded the Brit Award for their beautiful song 'Shout Out to My Ex.'

Perrie is active on social media and is one of the pop stars. The Little Mix star has a huge following on her social media. On Instagram, Perrie has 13.7m followers, which is a huge number. Her Instagram goes by perrieedwards.