Penn Murfee is a professional baseball player from the United States of America who plays for the Seattle Mariners of Major League Baseball (MLB) as a pitcher. The Nashville native made his MLB debut on April 29, 2022, in a match against the Miami Marlins. After finishing his high school career, Murfee went to Vanderbilt University and played college baseball for the Commodores.

Furthermore, Murfee is one of the most prominent players on his team, as he always gives his best on the field. Not only that, but Murfee has helped his team to win various games by giving his best. Meanwhile, he was also a part of the United States national baseball team that participated in the 2019 WBSC Premier 12.

Salary and Net Worth of Penn Murfee

Murfee currently plays for the Seattle Mariners of Major League Baseball (MLB). According to Spotrac, his base salary on his current team is $700,000, and his adj salary is $646,128. Besides, Murfee has been a part of various games and has also given the best performances that may have helped him receive some cash prizes.

So, Murfee has preserved a decent net worth, but due to the lack of information, we are unable to share the actual data. Meanwhile, some sources report that his net worth is in the six figures. Having a good sum of money, Murfee lives a quality life, and he loves exploring various places. 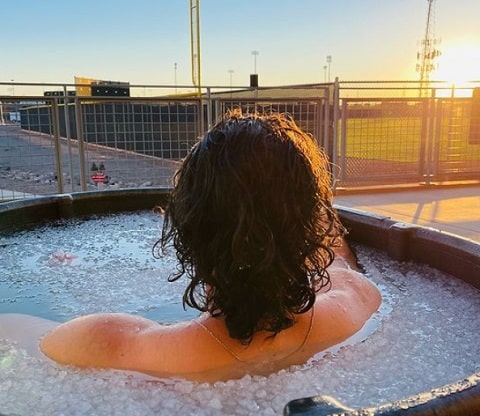 It can be said that Murfee spends money visiting different places. We can get updated on his lifestyle by following him on Instagram, where he features his ongoing lifestyle. No doubt, Murfee's income will rise in the future as he is still playing baseball actively.

Going through his social media posts, there are no hints of Murfee being involved in romantic affairs. So, Murfee does not have a girlfriend and is not engaged in any romantic relationships. Currently, Murfee is at the peak point of his career, and he is more focused on his career rather than searching for a life partner. Like many other athletes, Murfee is also a private person who prefers to keep his personal life far from media prominence. So, till now, Murfee has not shared anything about it. Meanwhile, Murfee may give some updates regarding his life partner in the future, as his fans and followers have been eager to know about it for a long time.

Starting with his early days, Murfee went to Montgomery Bell Academy based in Nashville, Tennessee. He went undrafted out of high school in 2013 and attended Vanderbilt University. He redshirted his freshman season and played college baseball for the Commodores. He was with the Commodores for three seasons. And for two seasons, Murfee was an infielder.

For his final year, he switched to pitching at Vanderbilt. Likewise, he transferred to Santa Clara University for his redshirt senior season. Finally, his professional career started after getting drafted by the Seattle Mariners in the 33rd round, with the 988th overall selection, of the 2018 Major League Baseball (MLB) draft. Murfee spent his 2018 season with the Everett AquaSox. In 2019, he played for the Modesto Nuts, Arkansas Travelers, and Tacoma Rainiers. With his excellent performances, he also earned the Mariners 2019 minor league "60 ft., 6-in Club" Award. After finishing that season, Murfee played for the Peoria Javelinas of the Arizona Fall League.

Murfee made headlines on the internet when the United States national baseball team selected him to play at the 2019 WBSC Premier 12 on October 10, 2019. Meanwhile, he was added to the Mariners' active roster on April 20, 2022, and made his MLB debut on April 29, 2022, by playing against the Miami Marlins.

Murfee was born William Penn Murfee in 1994 in Nashville, Tennessee making his age 28 years as of 2022. Murfee lights his birthday candle on May 2 every year. Meanwhile, Murfee holds an American nationality and his height measurement is 6 feet 2 inches.

The professional baseball player comes from superior family background. As said earlier, Murfee is a very private person who has kept every detail away from the media. So, there is no information about his parents. But we can say that Murfee has received huge support from his father and mother.

Well, Murfee loves using social media, and he has gained a decent fan following on his social media handles. Murfee is registered on Instagram under the username @pennmurfee. At the time of this writing, Murfee has collected more than 5k followers.

Since April 2019, Murfee has had an active presence on Twitter, and his username is @PennMurfee. More than 1k people have followed him on the respective platform. From these accounts, Murfee shares updates regarding his personal and professional life.