As of 2019, Alex Wood has an estimated net worth over $15 million. Also, he has collected $21,032,916 as entire career earnings, playing 8 seasons in MLB. Besides, he is in a romantic relationship with his beautiful girlfriend changed wife, Suzanna Villarreal Wood.

Alex Wood Earnings; How much is his Net Worth?

Alex who played in the MLB for 8 seasons has accumulated a massive net worth over $15 million. Moreover, he has earned $21,032,916 as entire career earnings.

Alex currently receives $9,650,000 as an annual average salary which makes him the 3rd highest-paid player of the team Cincinnati Reds, standing behind Joey Votto and Trevor Bauer who have an annual salary of $25,000,000 and $13,000,000 respectively.

Apart from the pictures, the detailed information about his cars is not available yet. In addition, Alex's luxurious life suggests that he has collected a huge fortune from his professional career and with this rate, it is sure that he will gather a hefty net worth in coming days.

Is Alex Wood Married? Know about his Personal Life in brief

Alex Wood is married to his stunning wife, Suzanna Villarreal Wood. Reportedly, the couple dated for long before they finally decided to get married on November 26, 2017, in the gorgeous St. Regis Atlanta, Georgia hotel.

The lovebird met for the first time through mutual friends while both of them were attending the University of Georgia. Eventually, they started dating when Alex joined Atalanta Braves. 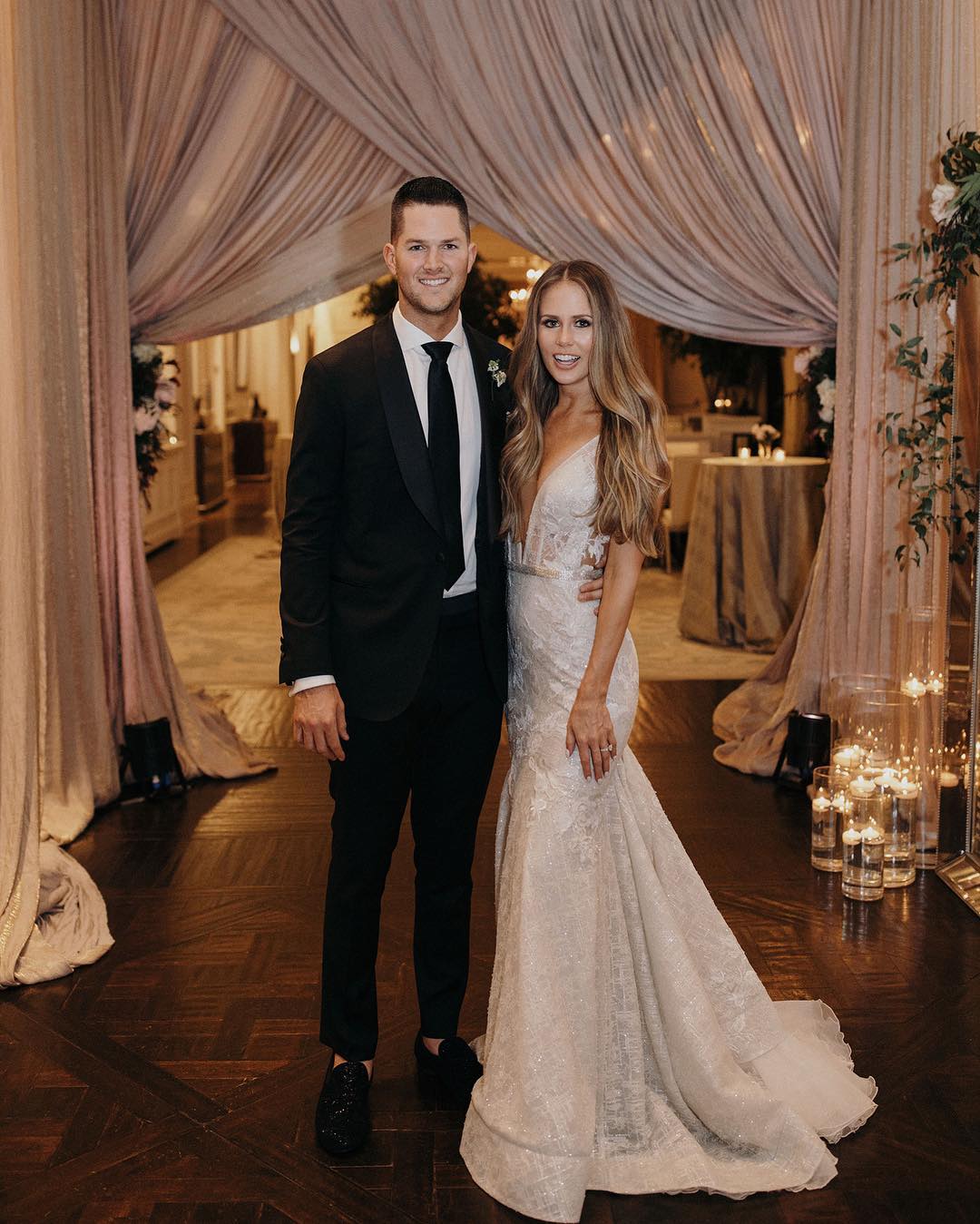 Alex wood and his wife on their wedding day SOURCE: Instagram

Reportedly, the couple had a lavish wedding ceremony. Moreover, the couple was dressed beautifully in their special day, the bride was looking stunning in a fitted lace gown with a mermaid style skirt and the groom was dressed in a black suit that perfectly suited him.

Further, the couple hasn't planned for the babies yet; however, we might hear the news about their pregnancy soon. 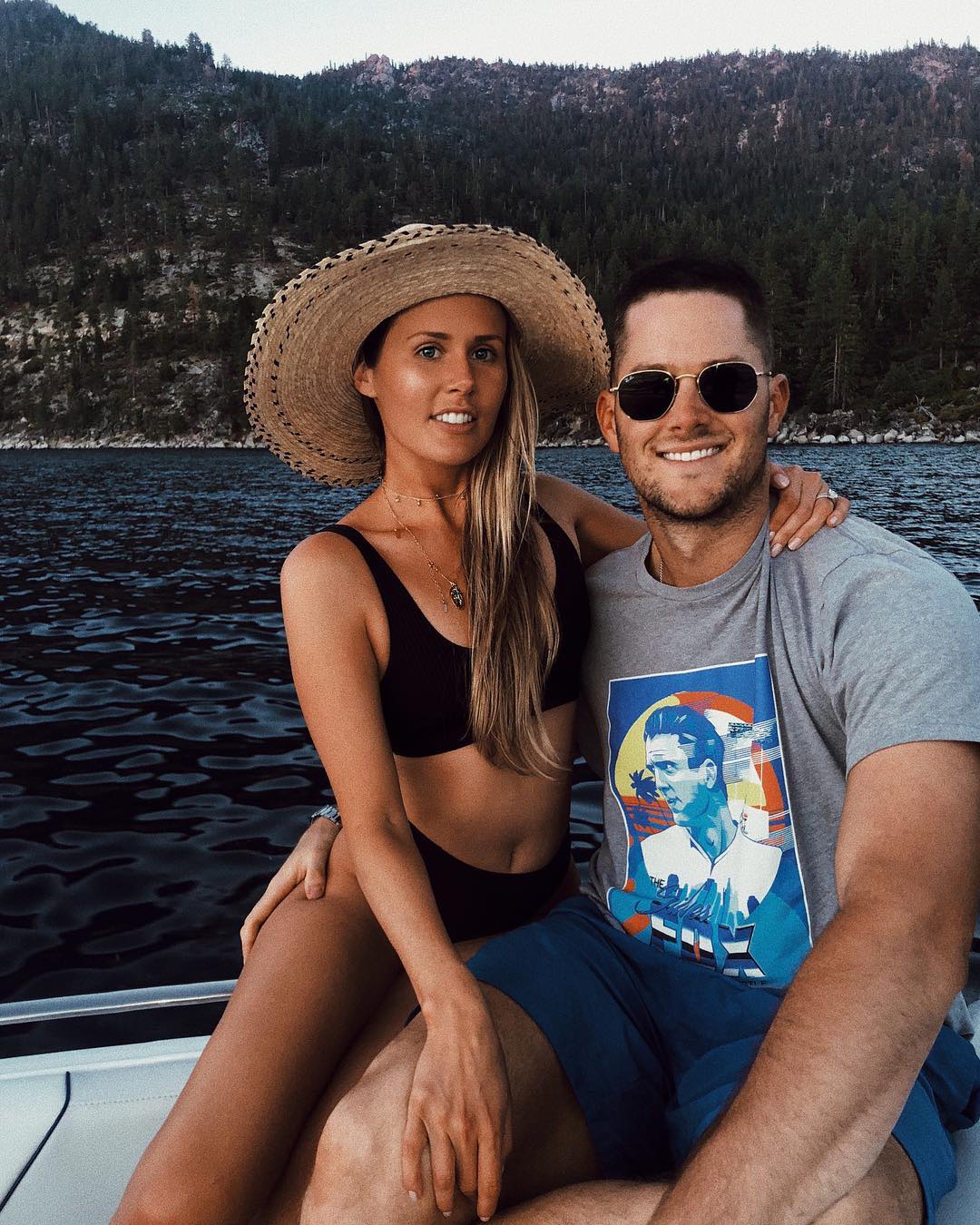 In one of Alex interview, he remembered about the incident when he proposed his then-girlfriend, saying " I knew from our first date that I was going to marry her, I still have the text that I sent to my best friend back home to prove it."

Furthermore, the couple is enjoying their smooth relationship since they tied a knot and importantly, the rumors about them getting seperated or divorced are not in the media to date.

Alex was born on January 12, 1991, in Charlotte, North Carolina to Richard Wood and Carol Wood. Furthermore, Wood was born under the star sign, Capricorn.

Talking about his early career, he attended Ardrey Kell High School where he played for their baseball team. Later, he enrolled at the University of Georgia and continued his baseball career playing for Georgia Bulldogs baseball team.

Moreover, Alex made his professional debut on May 30, 2013, for the Atlanta Braves. In his career, he was included in the All-Star in 2017.