Kyle Stowers is a professional baseball player from the United States who plays for the Baltimore Orioles of Major League Baseball (MLB). Besides, Stowers made his MLB debut in 2022, and his professional debut came with the team of the Aberdeen IronBirds. Furthermore, Stowers plays as an outfielder, and he wears jersey number 83 on his team.

The professional baseball player played college baseball for the Stanford Cardinal. In his early career, Stowers gave his best, and his professional career started when he got drafted by the Baltimore Orioles in the second round of the 2019 Major League Baseball draft. Meanwhile, Stowers hit his first major league homer on August 25, 2022.

Kyle Stowers Salary and Net Worth

Kyle Stowers plays for the Baltimore Orioles of Major League Baseball (MLB), and Spotrac says that his base salary is $700,000 and ADJ's salary is $196,146. So, it can be said that Stowers is making a good amount of money from his squad, and his earnings may get rise in the future if he plays actively.

Meanwhile, Stowers makes most of his gains from being a professional baseball player. His professional career just got started, and his contract with the team will get more increment in the future. In America, a baseball player usually earns $43,584 a year. So, Stowers is earning above the average wage from his current team. Being a professional baseball player, Stowers may earn some profit from sponsorship. Stowers may have collaborated with some brands, and he might take home some cash from working with different brands. Moreover, Stowers lives a lavish life as he is making good money, and his net worth may be in the millions. However, Stowers' actual fortune remains under investigation as no one has given the actual date of his income.

Who Is Stowers Married To?

The professional baseball player Stowers is not married, but he is engaged to his fiancee, Emma Jillard. Jillard and Stowers have been cherishing their life for quite some time now and also dated for some years. So, the pair thought of taking their relationship to the next level and got engaged.

The lovely couple got engaged privately on February 12, 2022, and Stowers had also posted some snaps with his partner on his Instagram account. After that, their fans and followers congratulated them in the comment section for the beginning of their new life. 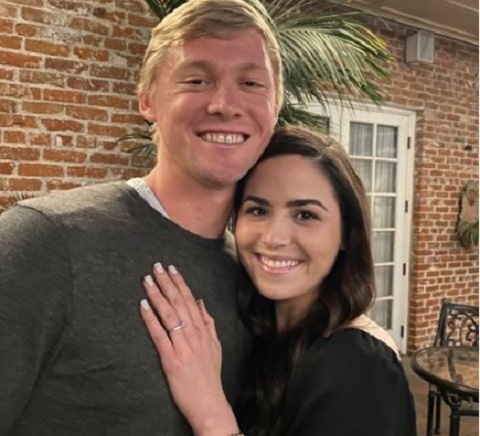 And now, people's primary concern is to know about the pair's wedding. However, they have kept it a secret at the moment, but they will surely give some updates in the future as their followers are incredibly concerned about their marriage. So, we can follow Stowers on Instagram to get future updates about his lifestyle.

Details On His Baseball Career

The El Cajon, the California native, went to Christian High School and also attended Stanford University. There, he played college baseball for the Stanford Cardinal. Likewise, Stowers played collegiate summer baseball with the Falmouth Commodores of the Cape Cod Baseball League in 2018. Not only that but he was also named league all-star.

As a junior in 2019, Stowers batted .303 with nine home runs and 39 RBIs over 55 matches. After that, his professional career started. So, Stowers got drafted by the Baltimore Orioles in the second round of the 2019 Major League Baseball draft. Moreover, Stowers made his professional debut with the Aberdeen IronBirds. 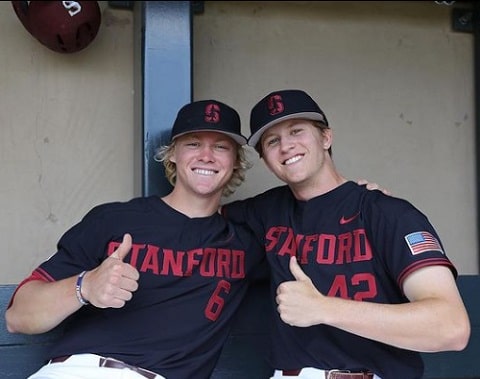 As we know, the 2020 season was stopped due to the COVID-19 pandemic, and his 2021 season began with Aberdeen before being promoted to the Bowie Baysox. And later, he was promoted to the Norfolk Tides. After that season, Stowers also played in the Arizona Fall League for the Mesa Solar Sox and began the season with Triple-A Norfolk.

On June 13 of the same year, Stowers received a call to the major leagues from the Orioles, with whom he started the season by playing against the Toronto Blue Jays. Meanwhile, Stowers covered various media outlets on August 25, 2022, when he hit his first MLB home run at Oriole Park at Camden Yards against the Chicago White Sox.

Stowers was born Kyle Jacob Stowers on January 2, 1998, in El Cajon, California. As of 2022, Stowers is 24 years old. Meanwhile, Stowers holds an American nationality. Stowers has received massive support from his family members, and he also credits them for his success.

Besides, Stowers shares a strong bond with his parents, Sheri Copeland (mother), while his father's name is missing from the web. His mother has also given an interview along with her son, where she talked about Kyle's childhood and his passion for baseball. Talking about his physical appearance, Stowers has a fantastic body, and his height measurement is pretty impressive. As per a report, Stowers stands at the height of 6 feet 2 inches.

Well, Kyle Stowers loves using social media, and we can find him most active on Instagram. Stowers is available on Instagram under the username @kjstowers3. Besides. Stowers has been sharing posts on Instagram since making the first post on July 3, 2012.

So, it can be said that Stowers created his Instagram account in 2012, and at the time of this post, he has garnered more than 5k followers. Also, Stowers' IG profile is already verified, and we can find him sharing various moments of his ongoing life and career. Apart from Instagram, Stowers is also an active Twitter user, where he is registered as @kylestowers. Stowers created the profile in September 2012, and now, he has amassed more than 1k followers. From his Twitter, Stowers updates his followers about his games and events.