The twenty-six years old MLB star stands 1.85 m tall and weighs around 86 Kg. At present, his net worth is approximately $2 million and has an annual salary of $850,000. Regarding his relationship status, he is married.

How Much Is Cheslor Cuthbert Net Worth In 2019? Know His Salary and Contract

As of 2019, Cheslor Cuthbert has an estimated net worth of $2 million. The main source of his income is his MLB career.

Overall, he has summoned $3,982,155 from his five seasons with Kansas City Royals.

With a tremendous net worth, the MLB star is living a lavish lifestyle. However, he has not shared information about his real estate properties and cars.

Cheslor Cuthbert, 26, is a married man and is a father to two children. He usually shares pictures with his wife and children via his official Instagram, where he has 62.5k followers. However, he has not shared much information about his wife and love life. 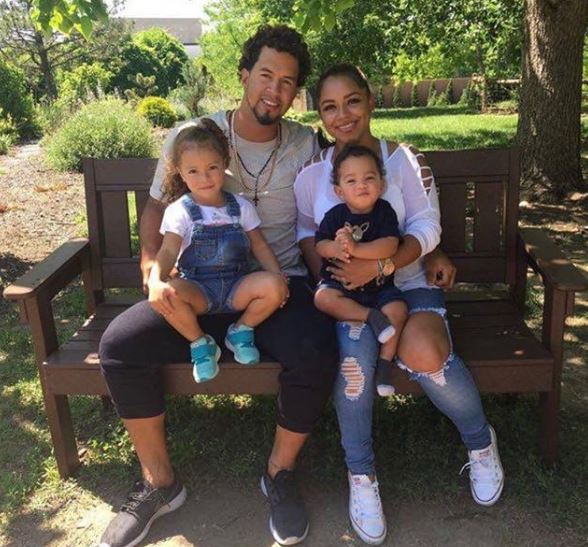 Besides, Cuthbert is a travel freak. During his vacation, he visits worlds mesmerizing holiday destinations with his family and friends.

A native of Corn Islands, Nicaragua, Cheslor Cuthbert was born on November 16, 1992. His star sign is Scorpio. By nationality, he is Nicaraguan.

He was raised on Corn Island, Nicaragua, where his mother is from whereas his father is from the town of Pearl Lagoon, Nicaragua. Furthermore, Cuthbert's younger cousin Rodney Theophile is a Washington Nationals pitching prospect.

In 2009, the Kansas City Royals signed Cuthbert as an international free agent for a $1.35 million signing bonus. The following year, he made his professional debut.

On July 7, 2015, the Royals promoted Cuthbert to the major leagues. That same day, he got his first major league hit, a ground-ball single into left field.

In 2018, he started the season as the Royals utility player but struggled through the season, hitting .194 in 30 games. His famous teammates include Jakob Junis, Alex Gordon, and Bubba Starling.