Bligh Madris is a professional baseball player from the United States who plays for the Pittsburgh Pirates of Major League Baseball (MLB). The professional baseball outfielder made his MLB debut in 2022 at PNC Park by playing against Chicago Cubs. In his debut game, Madris recorded his first major league hit, a two-RBI single.

Furthermore, Madris was passionate about pursuing a career in baseball from an early age, and he aimed to pursue a career in it. The Las Vegas, Nevada native, played college baseball at Colorado Mesa University. Besides, Madris became the first Palauan to play in the major leagues after making his MLB debut.

Details On Madris Salary and Net Worth

Currently, Madris plays for the Pittsburgh Pirates of Major League Baseball (MLB). According to Spotrac, his base salary is $700,000. So, from this, it becomes clear that Madris is making a decent amount of money from his current team, and his income will also rise in the future as he still plays actively.

Not to mention, the average annual salary received by a baseball player is $43,584, and the monthly payment is $3,632. Having a decent salary, Madris may have preserved an impressive net worth which may be in the six figures. But due to the lack of information, we are unable to share his actual fortune. 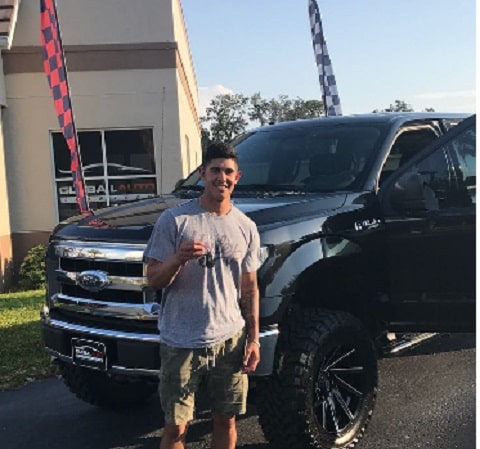 Bligh Madris in front of a car SOURCE: Instagram @bligh_madris

Likewise, none of the media outlets have given the details regarding his career earnings and income. Furthermore, his Instagram posts show that Madris lives a lavish life as he is making a good amount of money from being a professional baseball player.

Madris Is In A Relationship With His Girlfriend

Talking about his love life, Madris is currently in a relationship with his stunning girlfriend, Madison Jones. Jones and Madris have been dating each other for half a decade now. The pair often visits various places together and also shares their moments on their social media accounts.

Jones and Madris are deeply in love with each other which can also be seen in their pictures. Besides that, Madris also loves his partner a lot. Back in April 2019, Madris shared some photos of Jones on his account on the occasion of her birthday, in which he mentioned that she had turned 21. 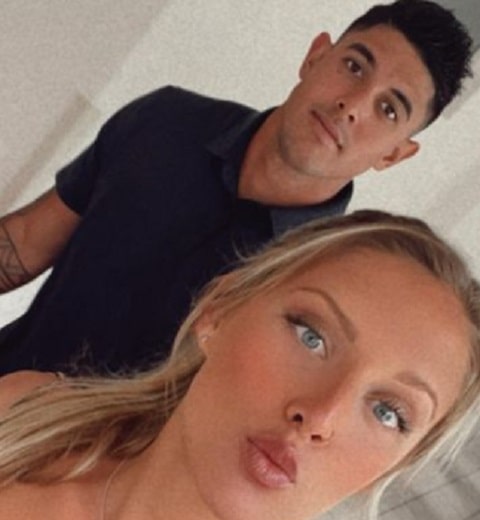 So, we can say that they just share some years of an age gap. Despite that, their bond is growing daily, and they may give some updates about their marriage in the future. According to the Instagram bio of Jones, she is a CMU Soccer Alum and CU Doctor of Physical Therapy.

Madris went to Foothill High School in Henderson, Nevada, to play college baseball; he attended Colorado Mesa University. Further, his professional career started after getting selected by the Pittsburgh Pirates in the ninth round of the 2017 Major League Baseball draft. 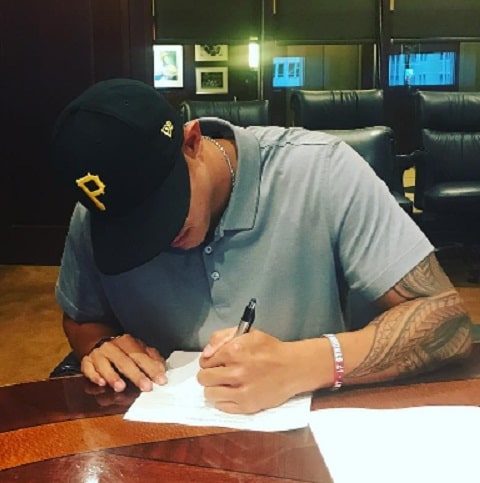 After not playing a game in 2020, Madris came back to Altoona to begin the 2021 season before being promoted to the Indianapolis Indians in May. After that season, Madris played in the Puerto Rico Baseball League for the Gigantes de Carolina and to open the 2022 season; he returned to the Indians.

Bligh John Madris was born on February 29, 1996, in Las Vegas, Nevada. As of 2022, Madris is 26 years old. Madris was raised by his supportive parents, Style and Kim Madris, who are from Peleliu State. His father, Style, is a native of Palau, while his mother, Kim, is from Nebraska. 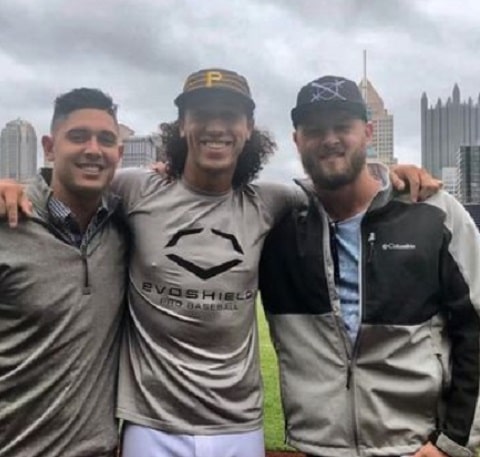 So, Madris holds an American nationality and belongs to Palauan ethnic background. Exploring his social media posts, we can say that, Madris may have siblings, but he has not talked much about his family background with the media due to privacy concerns.

So, it can't be said whether Madris is a single child or he grew up together with his siblings. From his account, Madris often posts images with his friends and family members.

Talking about his social media presence, Madris is an active social media user whose accounts can be found both on Instagram and Twitter. Madris is registered on Instagram under the username @bligh_madris, and at the time of this post, he has been followed by more than 7k people.

Apart from that, we can find his activeness on Twitter, where his username is available as @bligh_guy. On the respective platform, Madris has accumulated more than 3k followers. Madris has been using Twitter since opening the account in November 2011. His Twitter bio shows that he is currently based in Las Vegas, NV. 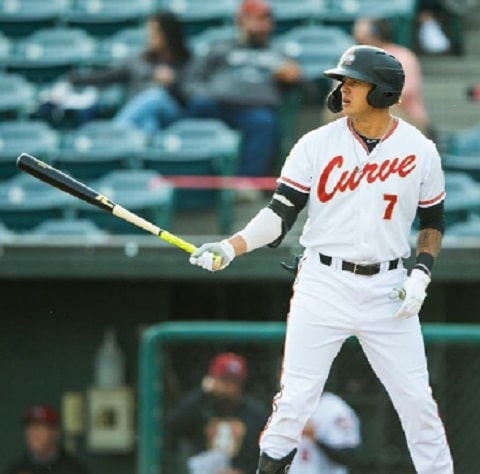 From his Instagram account, Madris gives updates about his personal and professional life. In the same way, we can get more details about his baseball games and more by following him on Twitter. In addition to that, we can find his career stats on multiple verified sites.

You may discover an extensive range of buzz, sports news, and love matters here on Playerswiki.