Sithembile Xola Pearl Thusi, popularly known as Pearl Thusi, is a South African actress, model, and presenter, who is popular among sports fans for her relationship with African sports presenter. The South African model is well known for her period in the BBC/HBO comedy-drama series, Dayana Mampasi in the ABC thriller, etc. The South-African much loved actress was hailed as the Fag Hag of the Year by the Feather Awards and voted the Coolest Female Celebrities at the Sunday Times Generation Next Awards.

Pearl has spent her childhood period with her sister Pamela and Prunella, the three of the sister who attended the Pinetown Girl's High School. After her school, the South African model attended the University of the Witwatersrand but pulled out chasing her career.

Pearl later joined the University of South Africa for her further studies. As a passionate person, the South African model became the host of Lip Sync Battle Africa, the talk show. Later in 2009, she starred as Patricia Kopong on the BBC/HBO comedy-drama, which boosted her career. 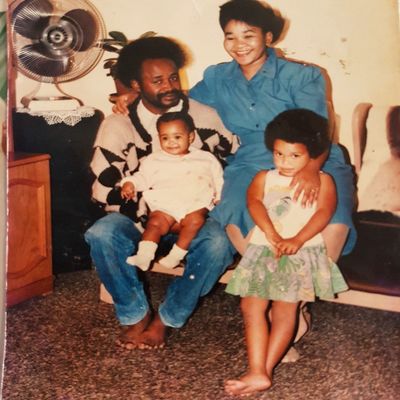 After such successful years, Pearl co-starred in Tremors 5: Bloodlines and was cast at the ABC thriller series Quantico. The South African actress had known her way. She, too, was cast as Samkelo in the Catching Feelings in 2016.

Later in 2018, Pearl got the chance to become the host of MTV Base's Behind the Story and finally got the lead role of Queen Sono on the Netflix crime drama series Queen Seno where The South-African actress was praised for her performance.

Who is Pearl Thusi's Boyfriend?

The much-loved South African actress Pearl has gone through many ups and downs in her lifetime. Her post on Instagram hinting a new boyfriend on 3rd February had been a mystery to everyone.

South African much-loved actress Pearl dated Robert Marawa, one of the popular sports journalists, radio and television presenters. The two couples had been seen during various Sportbroadcasting, Robert too has worked for the SuperSport where the two coupled had been seen.

During a Podcast and Chill, Pearl talked about her relationship with Robert saying.

"Robert and I had a great relationship. Things didn't work out for reasons we'd rather not talk about. That wasn't our intentions, but that's what happened. You need to know when to leave situations no matter how much you want to stay. When something is not good for you, don't die in it. Learn from it and move on."

The much-love South African actress has revealed that she will be exchanging vows with Australian Businessman Keith Alfred Bonétt and the date has not been fixed till the date.

Past Affairs and Boyfriends

Peral has been through many ups and downs in the context of the relationship, she has a 13-year-old daughter Thando with her ex-boyfriend Walter Mokoena, and she is a very warm-hearted person.

Despite all these events, Pearl is a very loving person. The South African actress had adopted 6 years old daughter from Ghana, mentioning her desire to adopt many children in the coming years. So, Pearl is the mother of two children, Thando and Okuhle. 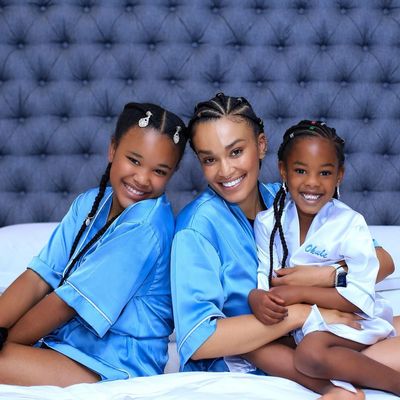 As a much-loved South African actress, Pearl has gone through many journeys. She has been seen working with TV shows, movies, dramas, and a host.

Working in such a big platform already means Pearl has collected some good fortunes to date, and there is more to come for her. The South African actress lives a luxurious life with her daughter. 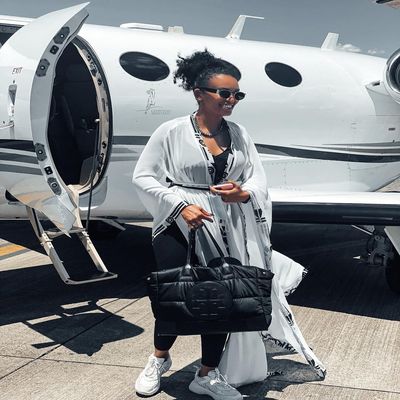 Pearl is one of the highest featured and paid actresses in Africa, where she has been cast in blockbuster movies and some Netflix series. She has been a co-host of the 1st KZN Entertainment Awards and cast as an Adaku in the Netflix film Wu Assassins: Fistful of Vengeance. Peral too has been seen as the new face to the exquisite Europa Art shoe summer range.

The South African actress has a net worth of $2 million to date, and there is more to come for her as she has been actively participating in different events, TV shows, and new faces to new brands.

The South-African much-loved actress Pearl had a great career and played roles in movies, hosting shows, the lead role as Queen Sono of the Netflix crime drama series Queen Sono had booster her career towards a different level.

Pearl is active on social media and posts a lot about her professional life and private life. The South African actress's Instagram has been filled with photos of her daughter and her modeling.