Paul Bernardoni is a rising French professional football player. He is currently playing in the French league for the Saint-Etienne. Paul plays as a goalkeeper for his club and country. Bernardoni is on loan from Angers. Paul turned professional in 2013, playing with Troyes.

Paul Bernardoni was born Paul Jean Francois Bernardoni on April 18, 1997, in Evry, France. He rose to fame only after his successful career and has not shared much about his early life and parents. Regarding his physical appearance, Bernardoni stands six feet three inches tall and weighs 75 kg.

Paul Bernardoni has an estimated net worth of more than $2 Million. The player credits most of his net worth to his football career. Paul has been playing at the professional level for more than five years. A football player has multiple sources of income and must be making a good amount from his sponsorship and advertising deals. 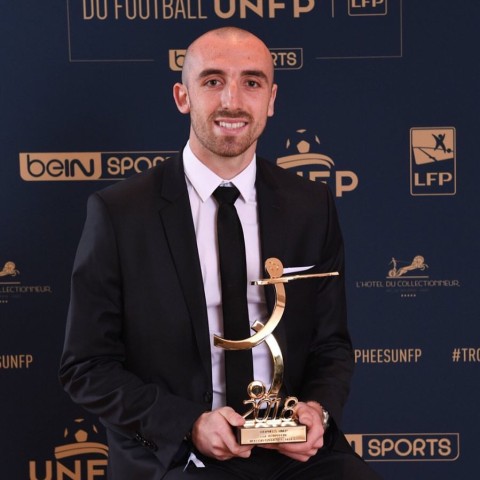 Paul shares a photo with an award SOURCE: [email protected]

Paul is an active social media user. He is pretty open about his relationship status. Following his posts, we can confirm that Bernardoni is single as of early 2022. The player is early in his career and must be focusing on his career. Paul likes to spend his free time with his friends and family. There is no rumor of him dating anyone in public.

Paul started training with AS Lieusaint from the age of eight. The player remained with the club for six years and moved to Troyes in the 2013 season. He earned the senior team call in 2014. Bernardoni appeared in fifteen games in the next two seasons. Paul played with Bordeaux for a loan season. After the contract expired in 2016, The following season, Bernardoni moved to Bordeaux and signed for four seasons. 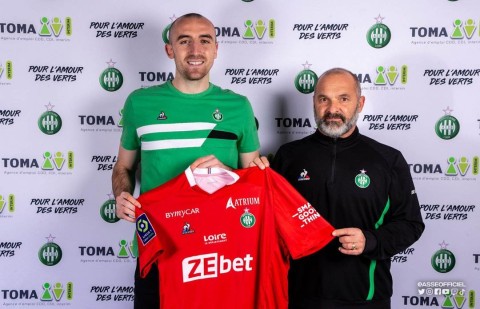 Paul did not get much chance with the senior team with Bordeaux. He was loaned to Clermont for a season. The player had a good season with the club. In early 2018, Bernardoni was again loaned to Ligue 2 club Nimes. He appeared in sixty-three games for the club in the next two seasons. In early 2020, Paul moved to the Angers. Bernardoni has been loaned to Saint-Etienne for a season in 2022.