Timothy Weah is a rising American professional soccer player. He has been playing professional soccer since 2017. Weah is currently playing in the French League, Ligue 1 club, Lille. Timothy plays as a Forward for his club and country. Weah has represented the United States in numerous divisions and senior teams.

Timothy Weah was born Timothy Tarpeh Weah on February 22, 2000, in Brooklyn, New York. He is among the three children born to George Manneh Oppnong Weah and his wife, Clar Weah. His father is a Liberian politician and former professional footballer, and his mother is a Jamaican businesswoman, philanthropist, advocate, and the current First Lady of the Republic of Liberia.

Timothy Weah has an estimated net worth of more than $1 Million. He has earned most of his net worth through his football career. The player must be living a lavish lifestyle through his parent's successful career. His father must be making millions working as a president, and his mother owns several businesses. 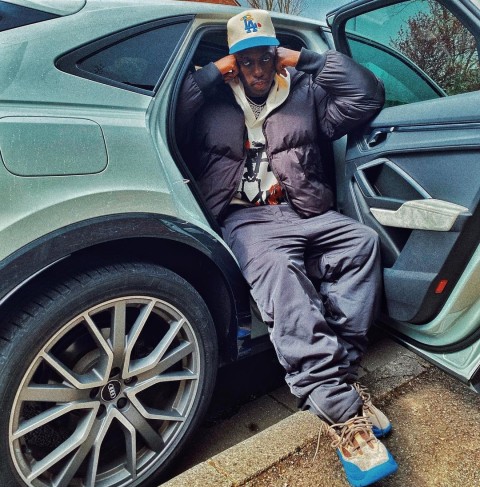 In 2019, Timothy had an annual salary of £468,000 while playing for PSG in the Ligue 1. The player is very early in his career and must be making millions in the future. Lionel Messi makes the highest salary of $41 Million playing in the Ligue 1.

Timothy is very much private about his relationship status. The American soccer player has not shared a word about his love life. Weah could be single, dating or even engaged. Timothy is an active social media user. His timeline is filled with photos of his games, training and friends. There is no rumor of him dating anyone in public.

Timothy started playing football along with his father and siblings in their home. His father is a former professional football player and a Ballon d'Or winner. His older brother George Jr is also a professional football player currently playing in the Swiss league for La Chaux-de-Fonds. Weah played soccer while in Florida for West Pines United, and after moving to New York, He joined the Rosedale Soccer Club in Queens. Timothy shares a photo with a title and friends SOURCE: [email protected]

Timothy moved to New York Bulls Academy after spending a few years with BW Gottschee. In 2014, He joined Paris_Saint-German Academy. The player trained with the team until 2017 and signed a three-year professional contract with the French club. After appearing in five senior team games and fifteen B team, He was loaned to Celtic for a season in 2019.

In June 2019, Weah signed a five-year contract with Lille. Since then, He has appeared in forty-four games and scored three goals. While representing the United States in numerous divisions, Timothy has scored two goals appearing in nineteen games for the U.S senior team.