Patrik Hrosovsky is a Slovak professional footballer who plays as a midfielder for the Belgian club, Genk, and internationally for the Slovakia national football team. Since turning pro in 2011, he has played for five different teams especially competing at the top-flight tournament of the Czech Republic.

Hrosovsky was born in Bojnice, Czechoslovakia on April 22, 1992. As a youth, he trained with Prievidza, a club based in the town of the same name in Slovakia. He then moved to the academic facilities of AAC Trencin and Viktoria Plzen.

Hrosovsky made his Viktoria Plzen's senior team debut on November 12, 2011, in the Czech Cup. With Plzen, he played a total of 158 games making 11 goals across all competitions. In between his contract with the Viktoria, Hrosovsky was loaned out to fellow Czech teams Banik Sokolov, Usti nad Labem, and Znojmo.

On July 8, 2019, he signed with Genk for a 4-year deal, with an option for an additional season. He played his first Jupiler Pro League game against multiple-time champions Anderlecht Brussels. He recorded five starts for Genk in the UEFA Champions League 2019-20 playing both matches against Napoli and Red Bull Salzburg with featuring in only one game against Liverpool out of two matches.

He had to wait until February 1, 2020, for his first goal with Genk. In a domestic fixture against Charleroi, he defeated the goalkeeper Nicolas Pennetta with a backheel goal in the 39th minute.

To date, he has made 51 appearances for the Smurfs scoring three goals including a Belgian Cup win in the season 2020-21. He has been active in the Slovakia national football squad since 2014 making 38 outings.

Patrik Hrosovsky's Net Worth and Salary

Data claims Belgian giants like Anderlecht, Genk, Brugge, and Gent have been continuously known to spend well on their players' salaries. The figures as per some sources easily exceed the Jupiler Pro League's average payouts of $240,000. The top teams in the Belgian league have been told of rewarding their athletes with relatively better class compensations if not as high as Europe's big five leagues.

That being the case, Hrosovsky's current salary with Genk is allegedly set at around $1.8 million. In fact, the Slovak is reportedly the biggest receiver in the club. By the time his existing contract expires in 2023, he will have received over $8 million exclusively from Genk's wages. 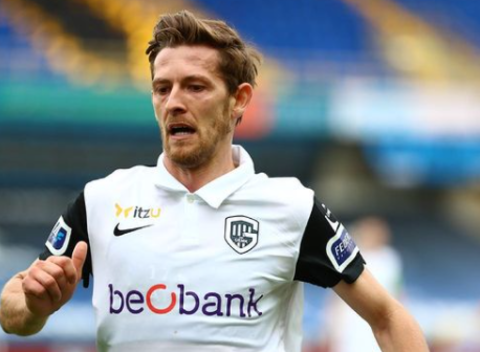 Patrik Hrosovsky is one of the highest-paid players in the Belgian Premier League SOURCE: Instagram

While the numbers concerning his Czech's league days are yet to be discussed, Hrosovsky's takeaways from those periods should have easily added up to over $4 million- $5 million; speculating in light of several averages, statistics as well his every year's market value. To that saying, his net worth could very well be assumed upwards of $5 million.

Slovakian center back Milan Skriniar Net worth and Married life

Patrik Hrosovsky's Wife; Does he have Children?

Genk's number 17 is married to Klara Hrosovska. She is a yoga and pilates instructor who has a bachelor's degree in marketing and media from Charles University.

Mrs. Hrosovsky is a strategist at Siemens, also working at Centro Ceco Milano. In addition, she holds an arts management degree from Vysoka Skola Ekonomicka, an institution based in Prague, Czech Republic. 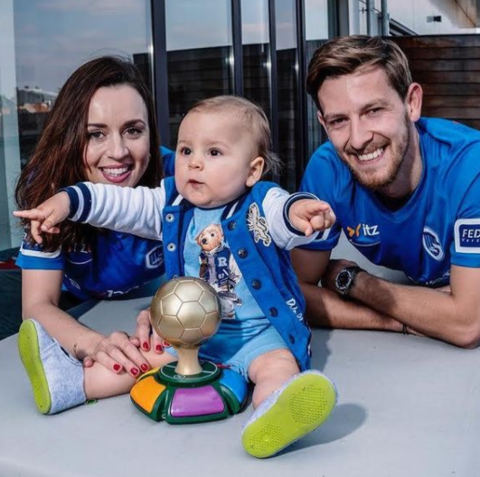 Together, the Hrosovsky couple shares a son, Alexander, born, May 6, 2020. Hrosovsky tied the knot with Klara in June 2019. The couple had marked their engagement on December 25, 2018.

On May 16, 2019, the Slovak midfielder, through his Insta revealed he had been dating Hrosovska since 2016.