Milan Skriniar is a Slovak professional footballer who plays as a center back for the Italian team, Inter Milan of the Serie A, and international for the Slovakia national football team.  His honors include Slovak Super Liga, Slovak Cup, Serie A title, King's Cup, and Slovak Footballer of the Year.

Skriniar made his official Corgon Liga (a top-level football league in Slovakia) debut, for the first team of Zilina on March 27, 2012, aged 17 years and 49 days, in a match against ViOn Moravce. In four years with Zilina, he played 77 games and 7 additional matches for ViOn where he was loaned out for a brief span in 2013.

On January 29, 2016, the Italian team, Sampdoria, confirmed the defenseman's signing on a four and half year contract. He finished his first Serie A campaign emerging in a total of 38 games for the Blue Circled. After spending a season at Sampdoria, Skriniar committed to play for fellow Serie A competitor Internazionale in a five-year deal. The move made him the most expensive Slovak player of all time.

Since his arrival at Milan, Skriniar has made 137 appearances achieving feats like Champions League qualification, Serie A title, and a runner-up position at Uefa Europa League (2019-20). He made his Slovakia senior squad first appearance in a friendly 3-1 win over Georgia on May 27, 2016.

Skriniar has defended for the Falcons in 41 competitive matches and has found the net on three occasions.

Milan Skriniar's Net Worth and Salary

The Nerazzurri's number 37 career earnings have reportedly reached above $20 million - wholly from his guaranteed pays. With his nation's team, MSK Zilina, he is stated to have received near $50,000 - extracted throughout the two seasons 2013-14 and 2014-15.

Likewise, Sampdoria has also been assessed of adding close to $900,000 to Skriniar's earnings. 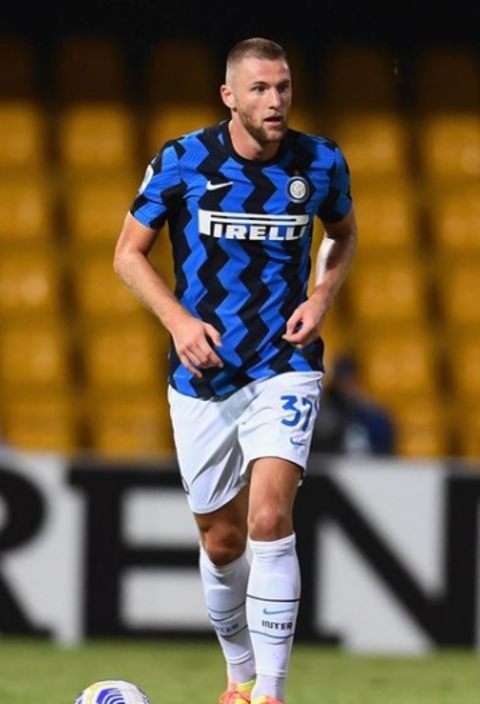 The Slavic player allegedly finished the 2017-18 season netting over $2 million in salary and around $3.8 million the following season. Since 2020, his average wage has been tallied upwards of $6million per annum with his salary flow running until June 30, 2023.

He is well anticipated to run into a lifetime yield of somewhere between $30 million - $35 million by the end of his current contract. As such his net worth as of 2021, can be best presumed of lying anywhere from $10 - $15million.

One of the hottest properties of Internazionale, Skriniar is currently in a relationship with Barbora Hroncekova, also a Slovakian and a model. The couple has been together since 2016 when the six-foot-two center half was still with Sampdoria. Skriniar revealed his love for Barbora on August 22, 2016. Sharing a picture of himself and his girlfriend on Instagram, the now wall of the Black and Blues added a series of emoji including a classic cherry-colored heart sticker. While the post didn't tell much about what was actually going behind, it was enough for the fans to believe, the Slovakian was no more single. His next Insta imaging with Hroncekova where the duo can be seen smooching - made it crystal that they had indeed become a thing for "most and forever." 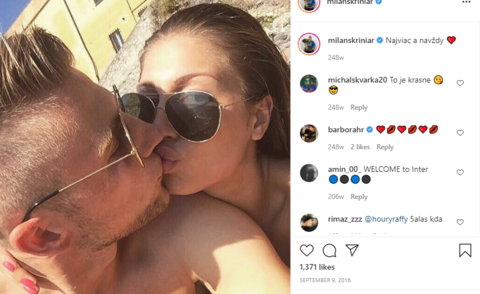 The pair welcomed their first child, a daughter on December 19, 2020, just two months after Skriniar had announced his girlfriend's pregnancy on Instagram.