Patrik Berglund is a Swedish professional Ice-hockey player who currently plays as a Centre for Djurgårdens IF of the Swedish Hockey League (SHL). Previously, he played in National Hockey League and was drafted by the St. Louis Blues in the 2006 NHL Entry Draft as a 25th overall pick. Moreover, he is also the member of the Sweden national team who has performed on both the junior and senior levels.

As of 2019, Patrik has an estimated net worth over $15 million. Additionally, he has collected $26,200,591 as career earnings, playing ten seasons. Do you have the interest to know more about Patrik's personal life, including relationship and affairs? If yes, you are in the perfect place, make sure you scroll the article until the end.

Patrik Berglund Earnings; How much is his Net Worth?

As of 2019, Berglund has an estimated net worth over $15 million. Further, he has collected $26,200,591 as entire career earnings. However, the details about how much he earns from his current team are not in the media yet.

Furthermore, Patrik will earn a base salary of $4,500,000, carrying a cap hit of $3,850,000 in the 2018-2019 season. Besides, the information about his assets like cars and house are not in the media. However, with reference to his net worth and salary, we can conclude that he has an expensive car and is living a good life standard in a luxurious house.

Is Patrik Berglund in a Relationship? Know about his Personal Life

Compared to his professional career, the information about his personal life is low profiled. However, his fame doesn't necessarily justify his current relationship status. Although he is reported to be single, he might be enjoying a romantic relationship with his probable wife or girlfriend.

Well, for the concrete information we have to wait until he decides to speak up about his relationship status in the media. 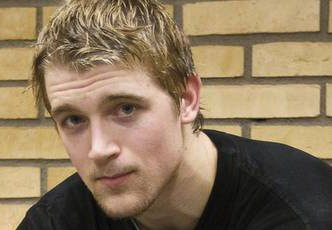 Also, the famous NHL player, Patrik is yet to be found in social media. In fact, this might be the reason why we don't have any hints regarding his personal life and more importantly about his relationship status. Contrast to his social media popularity, he has a huge fan following in real life.

Patrik being an athlete is obvious to have an athletic body. The main reason for his well-built body is hitting the gym on a regular basis. In particular, he stands in the height of 6 ft 4 in (193 cm) and weighs around 216 lb (98 kg; 15 st 6 lb).

Patrik was born on 2 June 1988, in Västerås, Sweden to Anders Berglund but the details about his mother is not in the media yet. He is Swedish native by birth and belongs to the white ethnic group. Also, he was born under the star sign Gemini.

As of 2019, Berglund currently plays for Djurgårdens IF of the Swedish Hockey League (SHL) as a center. Additionally, he also played for 10 seasons in National Hockey League. Patrik represented the teams like St. Louis Blues and Buffalo Sabres in the NHL.

In his entire NHL career, he has played along with star teammates such as David Perron, Tage Thompson, Vladimír Sobotka and many more. Later on 1 July 2018, he was traded to the Buffalo Sabres from blues along with his other teammates in exchange for Ryan O'Reilly.