Patrick Sequeira, the goalkeeper for Spanish Club CD Lugo, is a professional soccer player from Costa Rica. Before joining, CD Lugo, he played professional football at Saprissa, Real Union, and Celta Vigo. Moreover, Sequiera also plays for Costa Rica national Football team. Not to mention, he has been an associated member of his nation's squad since 2015.

The CD Lugo jersey number 1 Patrick was born under the family name Patrick Gimar Sequeira Mejias on March 1, 1999, in Limon, Costa Rica. The rising footballer is just 23 years old. He has not spoken about his family details. However, they are Costa Rican natives. Further, his height is 6 ft 3 inches, and he weighs 84 kg.

Whenever he is asked about his relationship status, Patrik is very confidential about it. There are no records of his past and current relationship. As a result, we have no clue about dating life. Viewing his activities online, he doesn't seem to be hanging around with any companion or partner, so he is currently assumed to be single. The 23-year-old just made it to the senior division, so he has given time entirely to his footballing.

Limon, Costa Rican native Patrick Sequeira, 23, joined his hometown football academy Limon in 2015. However, just a few months later, he joined fellow youth academy Sparissa and played till 2017. After graduating from its youth system, he began his professional career in 2017, signing two years of the contract. Unfortunately, just signing into the club, he was loaned to Real Union for two years. 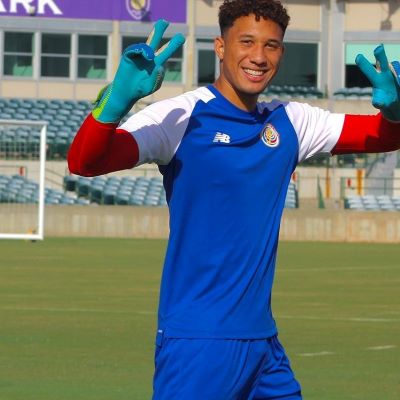 On October 29, he made his Segunda Division debut against CD Tudelano. Afterward, he signed a permanent deal with the club on July 16, 2019. Playing 25 games for the Union, he joined the Spanish Celta Vigo B in 2021. And playing a season, he joined CD Lugo on July 4, 2022. Reportedly he is still yet to make his debut game for the team.

For Costa Rica national team, he debuted in the clash against South Korea in November 2022, coming as a substitute player for Joel Campbell. Before the senior team, he represented his nation at the youth level. Moreover, he has been part of the team in various international competitions, including the 2021 CONCACAF Gold Cup.

You may know about Jose Sa's Early Life and Career Details.

Annual Earnings And Net Worth Of Patrick Sequeira

After much of his hard work and dedication, the Costa Rican international just bloomed his footballing in the senior division. When playing at the B Division, he does not seem to be earning his paycheck handsomely, but now he is competing in the Segunda Divison so he will be making quite a sum of money compared to previous years.