Patrick Maroon is a professional ice hockey player who was in a contract with the St. Louis Blues of the National Hockey League. He is currently an unrestricted free agent and previously he played for New Jersey Devils, Edmonton Oilers, and Anaheim Ducks.

Left-winger Patrick Maroon is also a member of the United States Ice hockey team. So far he has made a net worth of over $10 million. Further details about his girlfriend, children, salary, and net worth is discussed below.

How Much is Patrick Maroon Net Worth and Salary? Know about his Personal Assets

As you all know, the salary and net worth of the professional ice hockey players is quite satisfactory and Patrick Maroon is also among them. Patrick has made a decent amount of net worth and his net worth is estimated above $10 million as of 2019.

The detailed information regarding Patrick Maroon's career earnings are listed below:

In addition to this, he also paid a fine of around $21,505 in the 2017-18 season for an illegal check against Drew Doughty. Moreover, he also possesses several personal assets like expensive car collection and a luxurious house.

Is Patrick Maroon Married or Single? Know about his Spouse and Children

Well, Patrick Maroon is a well-known ice hockey player who is not married yet but he is engaged to his girlfriend. Being a famous NHL player, his personal life is always a matter of discussion among his curious fans. He got engaged to his gorgeous girlfriend Francesca Vangel.

Patrick started dating his girlfriend a long time ago and as per some of the sources, they are said to be together for almost a decade ago. Patrick and his spouse welcomed their son named Anthony born on September 2, 2008. Patrick might be planning to get married to his lovely fiancee as they bot seem happy with each other. 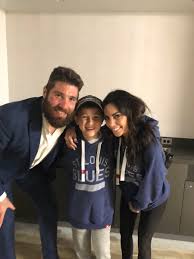 So far they haven't reported any disputes arisen in their romantic relationship which suggests that their love life will last long. His fiancee is currently 31 years old and is the daughter of Mrs. Karen Marie Vangel Gitto and James P. Vangel.

In addition to this, Patrick doesn't seem to be involved in a romantic relationship with anyone else in the past. He is also an active user of social media and regularly updates hid professional and personal life facts on social media.

Patrick Maroon is a native of the United States who was born on April 23, 1988, in St. Louis Missouri, to parents Philip Maroon and Patricia Maroon. He had an awesome childhood with his brothers Phil Maroon and Justin Thomas Maroon. He holds American nationality and belongs to the white ethnic group.

He completed his high school from the Oakville High School. His early life was spent in St. Lois along with his parents and brothers.

Patrick Maroon is a professional ice hockey player who was in a contract with the St. Louis Blues of the National Hockey League. He is currently an unrestricted free agent and previously he played for New Jersey Devils, Edmonton Oilers, and Anaheim Ducks. 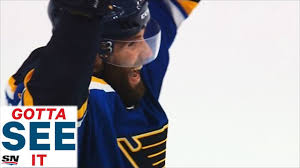 He began his career with the Philadelphia Flyers after he was drafted in the 2007 NHL Entry draft. he played in the American Hockey League affiliate of the Flyers team, Adirondack phantoms. Later on, he was traded to Anaheim Ducks.

During his career with the Ducks, he became popular due to his ability to create passes to his teammates Ryan Getzlaf and Corey Perry. He played alongside captain Alex Pietrangelo, Oskar Sundqvist,  and Ivan Barbashev of the Blues team