A native of Amsterdam, Netherlands, Patrick Kluivert was born on 1st July 1976, under the star sign Cancer. He holds Dutch nationality. His father was from Suriname and mother from Curaçao, so Patrick belongs to mixed ethnicity.

Patrick Kluivert is a wealthy sportsperson with an estimated net worth of around $27 million. Not to mention, the significant source of his earning is football, initially as a player, then manager and now director. As reported, his salary serving as an academy director of FC Barcelona is no less than in seven-digit figure. 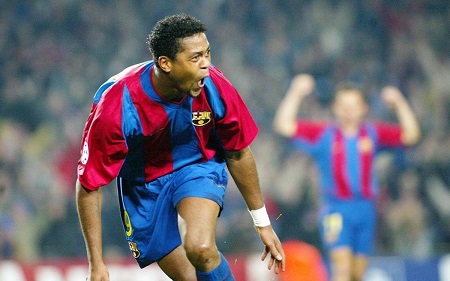 Patrick Kluivert has an estimated net worth of $27 mill SOURCE: FC Barcelona

During his playing career, Kluivert was endorsed by Nike and appeared in commercials for the brand. In 1996, he appered in a Nike commercial titled "Good vs Evil" in a gladiatorial game set in a Roman amphitheater, staring alongside footballers from around the world, including Ronaldo, Paolo Maldini, Eric Cantona, Luís Figo, and Jorge Campos.

Besides he owns a lavish mansion in Laren, Netherlands. He has a Continental GT - manufactured by Bentley worth $160,000.

Patrick Kluivert has married twice. First, he exchanged the vows with Angela van Hulten in 2000. The couple shares three children Justin Kluivert, Ruben Kluivert, and Quincy Kluivert. Their son, Justin is now a professional football player who plays as a winger for Serie A club Roma and the Netherlands national team. In 2004, the couple divorced. 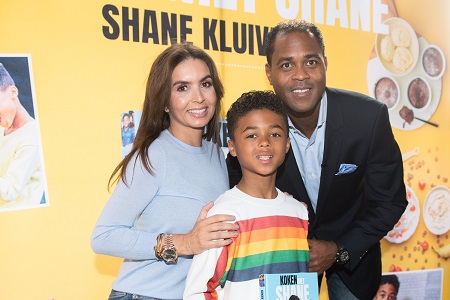 Patrick Kluivert with his wife, Rossana Kluivert and so SOURCE: NewsBeezer

Later, he started dating Rossanna Kluivert. On 24 September 2007, the couple had their baby boy, named Shane Patrick. In 2008 the couple got married.

Kluivert was born to a Lidwina Kluivert and former football player Kenneth Kluivert, who played for SV Robinhood in the SVB Hoofdklasse and for the Suriname national team. His parents were married in Paramaribo, and both his elder siblings were born in Suriname prior to the family migrated to the Netherlands in 1970.