Pajaree Anannarukarn is a rising Thai professonal golf player. She is currently playing under the LPGA tour events. Pajaree turned professional in 2017 at the age of eighteen and started her career at Symetra Tour. Anannarukarn is yet to win a major title in her professional career.

Pajaree Anannarukarn was born on May 30, 1999, in Thailand. She has not disclosed a single word about her early life and her parents to the public. Anannarukarn stands five feet and five inches tall and weighs 58 kg. 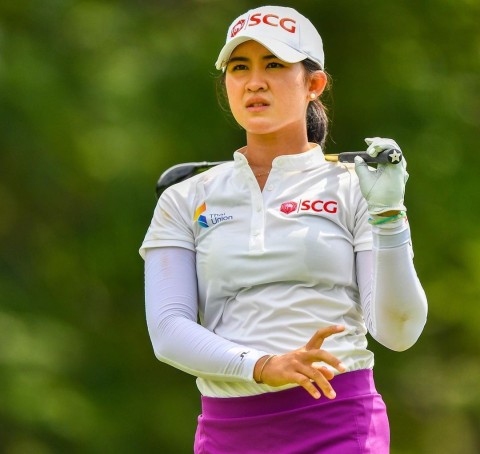 Pajaree started playing at the LPGA events in 2019 SOURCE: LPGA

Pajaree has earned more than $200,000 as her prize money while appearing in eleven PGA events in 2021. Last season, Anannarukarn played in just eleven LPGA events and took home $73,800 when she recorded a season-best T21 at the Walmart NW Arkansas Championship. In her rookie year at the LPGA season of 2021, Anannarukarn made $249,049 as her prize money from nineteen events and making cuts in sixteen of them.

Pajaree is very much early in her career and will be making millions in the future. Totaling her prize money from LPGA events, it sums to $645,629.

Pajaree likes to keep her personal life away from the reach of media. She is an active social media user, but following her posts, it seems like Anannarukarn is living a single happy life as of 2021. The Thai professional golf player is very much early in her career and must be focusing on making her future bright and move ahead.

Anannarukarn is very much close to her family and friends. She loves to spend her free time with them and keeps sharing photos of vacations and trips to famous holiday destinations globally.

The Thai golf player started playing golf from a very early age. She won six titles at the Thai LPGA Amateur events. Before turning professional in 2017, Pajaree won the 2016 SEA Amateur Golf Championship Individual and Team title. Anannarukarn made her professional debut in 2017 and started her career at the Symetra Tour. The same year, She made one career start on the LPGA Tour with a T64 finish at the Honda LPGA Thailand.

Pajaree recorded four top-10 finishes in 20 starts with a season-best T2 at the IOA Invitational in the Symetra Tour. She finished the season at T39 and earned the LPGA Tour card. In her rookie year of 2019 at the LPGA, Anannarukarn appeared in nineteen LPGA events and finished fourth in the 2019 Louise Suggs Rolex Rookie of the Year standings. In 2020, Many events got canceled due to the COVID pandemic but, Pajaree appeared in eleven events and made cuts in seven of them.

In the 2021 season, Pajaree missed a good chance to win the first LPGA title at the Dow Great Lakes Bay Invitational when She finished at T5 position behind Thidapa Suwannapura and Moriya Jutanugarn.