Moriya Jutanugarn was born on July 28, 1994, in Bangkok, Thailand.  She is among the two children born to Somboon Jutanugarn and his wife, Nanumon Jaanugarn. Moriya has a younger sister named Ariya Jutanugarn, who is also a professional golf player. Jutanugarn has not shared a word about her education and academic qualification. Talking about her physical appearance, Moriya stands five feet and four inches tall and weighs 68 kgs.

Know About Moriya Jutanugarn's Career Earnings and Net Worth

Moriya Jatanugarn has an estimated net worth of more than $5 Million. A golf player does not need to win a series to earn prize money. They are paid based on their score at the end of an event. Moriya must be making a handsome amount through her sponsors and advertising deals with SCG, SCGP, BETAGRO, KBank, Siam Paragon, and JDXMultisports. Last season, Jatanugarn took home $55,475 from just thirteen events. 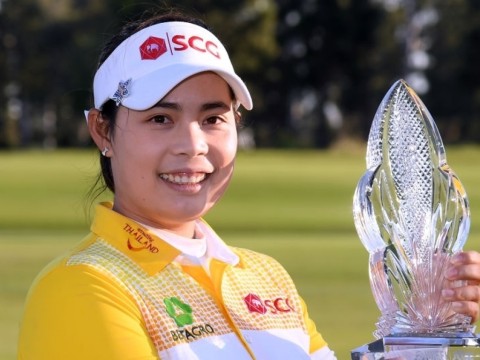 Moriya has earned much of her net worth through her career in the LPGA. The Thai golf player made her LPGA debut in 2013. In her rookie year, She earned $293,158 when she played in twenty-four events. In the following year, Moriya made $295,473 from thirty events and made cuts in twenty-three events. In the 2015 season, Jutanugarn earned $281,940 from twenty-nine events.

Who is Moriya Jatanugarn Dating? Know About Her Boyfriend

Moriya keeps sharing a lot of her photos in her Instagram timeline. Following her profile, we can be sure that Jatanugarn is single as of early 2021. She is very much focused on her career rather than spending time with people. Moriya likes to spend her free time with her family and her friends.

The Thai golf player started playing golf from a very early age. She won her first amateur title at the 2008 Junior Open Championship. The Following year, Moriya become the first female to win the Duke of York Young Champions Trophy. Jatanugran made her professional debut in 2013. She was part of the International Crown's team representing Thailand.

In 2018, Moriya won her first LPGA Tour Title at Hugel-JTBC LA Open. Moriya and Ariya are the second set of sisters to win on the LPGA. In 2021, Jatanugarn finished in the top10 at the ANA Inspiration. She is at T2 position in the ongoing Kingsmill Championship, followed by Jessica Korda and Sarah Kemp.