Kristaps Porzingis was born on August 2, 1995, in Liepaja, Latvia to parents Talis Porzingis and Ingrida Porzingis. As per his nationality, he is Latvian and belongs to Caucasian ethnic group. Further, his star sign is Leo. He grew up along with his siblings, Janis Porzingis and Martins Porzingis.

The professional Carrer of Kristaps Porzingis

Kristaps began his professional career in the 2012/2013 season playing with the youth team of Sevilla in Liga Endesa. He was called up for the first team as he was seen improving his games and skill set in every match.

On 28 April 2014, Porzingis declared himself eligible for the NBA draft. Before this, he was interested in NBA team Orlando Magic who traveled to Europe to Scout him. In a short period of time, he was drafted as the 4th overall pick as selected by the New York Knicks. This made him the highest ever drafted Latvian player in the history of the NBA.

On July 30, 2015, Porzingis signed a rookie-scale contract with New York Knicks. He played his NBA debut match against Milwaukee Bucks on 28 October 2015 scoring 16 points. In his three NBA season with Knicks, he appeared in 186 games with an average of 17.8 points and 7.1 rebounds.

Porzingis is now sharing his games with the players of Knicks like Lance Thomas and Enes Kanter. 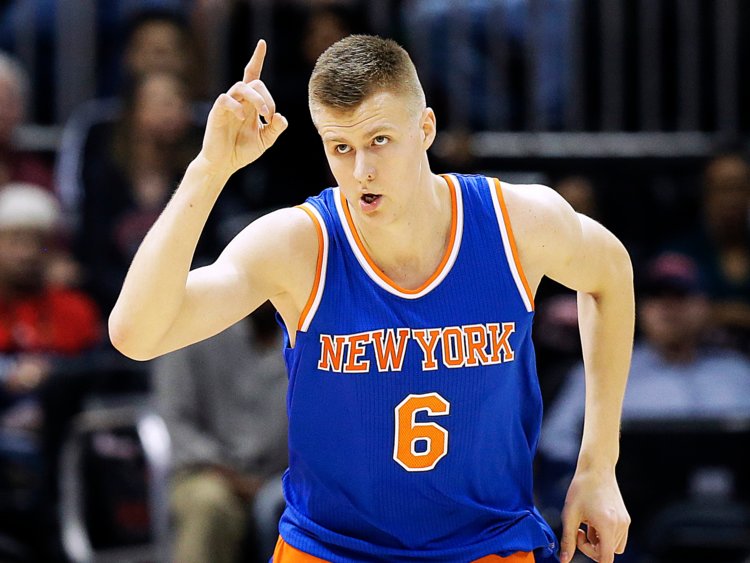 Coming to the national Career, Porzingis played with the Latvian Youth team and selected in FIBA Europe U18 championship of 2013. Later in 2015, he was named the Latvian Rising Star of the year. Similarly, he played for Latvia at EuroBasket 2017 with an average of 23.6 points and 5.9 rebounds.

Kristaps Porzingis is twenty-three now but he is not involved in any kind of public relations or affairs. However, there was a rumor once that he is dating Abigail Ratchford who is an actress and a model.

Talking about other aspects of personal life, Kristaps is a fund of game. He likes to play games like "Counter-Strike". Similarly, he can speak multi-languages like Spanish, Latvian and English fluently. Apart from basketball, he likes to play and watch football too.

As of 2018, Kristaps Porzingis has an estimated net worth of over $8 Million. He reportedly signed a rookie-scale contract with New York Knicks in On July 30, 2015. Further, the NBA player has an average salary of $6.2 million annually.

Kristaps Porzingis so far has made earnings of $12,953,040 from his entire NBA career. 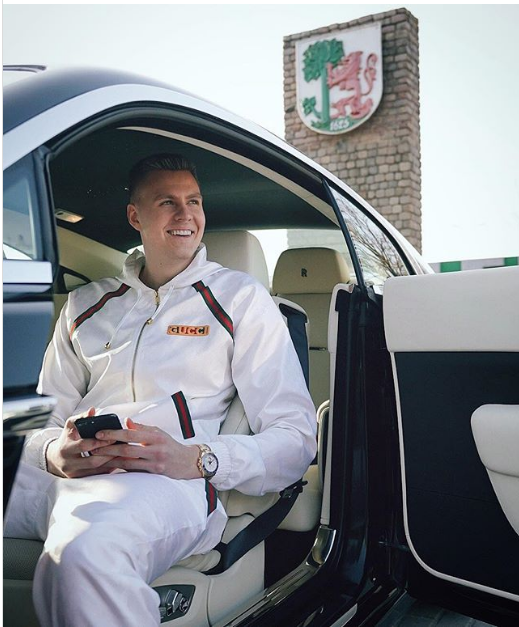 Further, the NBA Player Kristaps Porzingis earns a good amount of money from various sponsorships. Kristaps has always been associated with major brands, such as ‘Adidas’ and ‘Nike.’ He stopped his long-term collaboration with ‘Nike’ in order to partner with ‘Adidas.’ In October 2016, he signed a deal with ‘Adidas,’ which became the most lucrative deal signed by any European player ever.

Other than being a famous NBA Power forward / Center, Kristaps Porzingis is pretty famous in social media. He has 333k and  1.6 million followers on Twitter and Instagram respectively.

The Famous NBA star is 7 ft 3 inch in height and weighs around 109 kg lbs. Kristaps Porzingisis not only a world-class athlete but also has a very attractive individual.