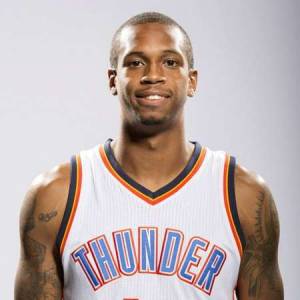 Lance Thomas is an American basketball player by profession. He plays in the position of forward during his games. He was born on April 24, 1988 at Brooklyn, New York. He is the son of Lily Irvin Thomas who is a head manager at Ford plant at New Jersey however; the name of his father has not been disclosed till date. He was raised and took care by his single mother.

Lance attended Scotch Plains-Fanwood High School. After couple of year, he shifted his school to Saint Benedict’s Preparatory School. He led the school to two Prep A Division New Jersey State title while he was playing for Dannu Hurley, former Seton Hall point guard and brother of former Duke point guard, Bobby Hurley. Later, he enrolled in Duke University for his further studies where he was also the player member representing the college basketball team.

Thomas started his professional career in 2010 where he signed a contract with Austin Toros. Currently, he is playing for New York Knicks since 2015. In between, he has been a part of various other basketball teams such as New Orleans Hornets, Foshan Dralions, Oklahoma City Thunder and many more. The talented forward has won many awards and achievements till date such as McDonald’s All-American, NCAA Champion, NBA D-League All-Star and so on. His fans watch him grow higher and better which makes them love him even more.

Moving on to his personal life, the 28 years old player is neither married nor is having any affairs. His relationship status is single. It is a bit shocking to know that Lance has not been involved in any love relations till date nor even has he ever been rumored about in this case. Lance is very close to his mother Lily. Apart from her, there are no other women that are connected with him personally. However, he has a huge fan base which includes large portion of women. He is very happy in his single life where his full concentration is focused towards the making of his career. The situation may be different in future but currently he is just enjoying his single life.

Similar to the other celebrities, Thomas also has been involved in various controversies. In September 2012, He was accused by a New York City jeweler where he owed him a remaining balance for purchased items of $67,800 with the down payment of $30,000 in December 2009. However, the case was settled later.

There are various brands including shoemakers, watchmakers and so on that are been used by Lance but there are no any particular brand endorsed by him.

Lance Thomas has a net worth of approx. $ 10 million and earns a very good salary of around $ 1.6 million per annum. The player has an amazing height of 6 ft. 8 in. which makes him add more to his personality and has the weight of 102 kg.