Hailing from the suburbs of Zaandam, North-Holland, Owen Wijndal was born in 1999. He celebrates his birthday on the 28th of November every year, making him 21 years old.

Likewise, his zodiac sign is Sagittarius. As for his parents, his father is a Dutch national, whereas his mother is a Surinamese. Other than that, there is not much information about his family life.

Owen Wijndal was interested in football from a young age. Following his interest, he initially joined the youth team of ZVV Zaandijk before joining HFC Haarlem. In 2010, he joined the youth academy of Alkmaar Zaanstreek (AZ). After almost 6 years, he was promoted to the second team of AZ.

In the next year, he made his first-team debut playing against PSV Eindhoven. In the 2017-18 season, he was already a regular left-back for the first team. During the whole season, he made 16 appearances and scored two goals. In June 2018, he renewed his contract with AZ by signing a five-year deal. 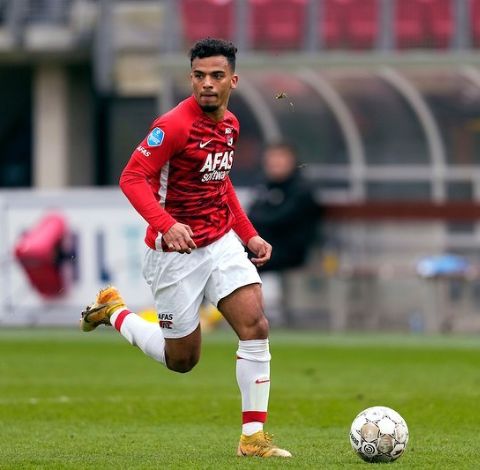 The 5 feet 9 inches tall footballer's 2018-19 season wasn't that good as he struggled for good form and missed the playing-11 line-up. However, it didn't happen in the 2019-20 season. Since then, he has been a vital player for the AZ team and has helped them gain victories.

As of this writing, he has made 74 appearances for the AZ first-team. Due to his good performance, it was even reported that the Spanish club FC Barcelona, led by former Netherlands national team's head coach Ronald Koeman, was interested in him. However, it seems like Owen decided to stay in AZ.

In the upcoming years, he went on to play for the Netherlands at every age group, from U-16 to U-21 level.  Between 2016-17, he played for the Netherlands U-17 national team and played in the 2016 UEFA European Under-17 Championship. The team reached the semi-finals, where Portugal defeated them. 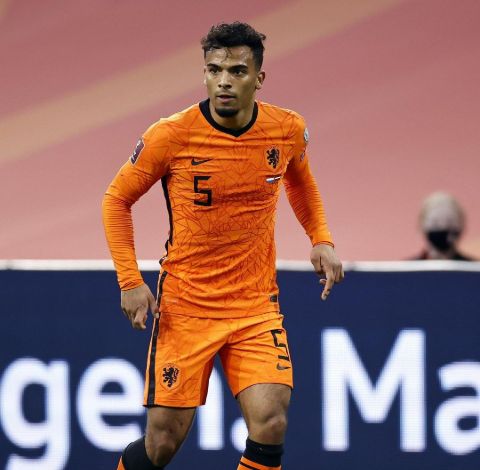 From the U-15 level to the U-21 level which started in 2013 and ended in 2019, he played 48 games. In September 2020, his name was included in the Netherlands National Men's Football team squad for the  UEFA Nations League matches.

On October 7, 2020, he played his first match with the Netherlands first-team in a friendly match against Mexico. He was accompanied by several other talented players like Memphis Depay, Frenkie de Jong, and Virgil van Dijk. Till this date, he has played in 8 matches for the national team.

Owen Wijndal has a contractual value of £5 million with Alkmaar Zaanstreek, and he earns around £5 thousand per week, as per sortitoutsi.net. His contract with the club ends on June 30, 2023. Likewise, as per transfermarkt.com, his current market value is €17.50 million (last updated on May 27, 2021).

Considering the numbers, it must be sure that he has a decent net worth. Sadly, Owen Wijndal's exact net worth is still under review and yet to be disclosed.

The 21-year-old Dutch footballer is currently single and isn't dating anyone. Likewise, there is no information on his past relationships or any possible romantic links. He also hasn't shared any pictures with a possible partner via his Instagram handles. 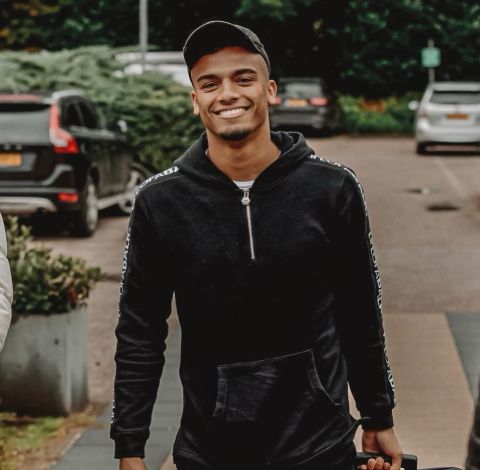 It looks like Owen is currently maintaining a low-key status in his personal life and is staying away from a romantic relationship. The reason behind it might be his passion and dedication to focus more and be successful as a professional footballer.