Otavio Edmilson da Silva Monteiro is a professional football player from Portugal who currently plays in the Portuguese top league, Primeira Liga. He plays in the attacking midfielder position for FC Porto where he joined in 2014. He wears the Number 25 Jersey for his team.

Otavio Edmilson da Silva Monteiro, mostly known by the name Otavio or Otavinho was born on February 9, 1995, in Joao Pessoa, Brazil. According to astrology, his birth sign is Leo.

His parents and family background are still not revealed to the public. He has never talked about them in the public. 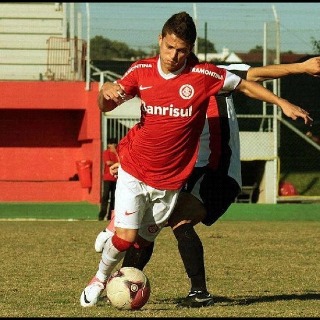 There is also no detailed info about his siblings. He was born and raised in Brazil. He joined the Brazillian fourth-tier club, Santa Cruz, in 2006 where he played for 4 years of his youth career. In 2010, he moved to Internacional before getting promoted to their senior team in 2012.

In 2014, he moved to Portuguese top club Porto and played for their B team. Finally, he got his chance to play for their first team in 2014.

His weight is around 65 kg and has short brown hair.

The net worth of Otavio da Silva?

Otavio Edmilson's net worth in 2022 is more than $1 million. His main source of income is from playing football for different teams. 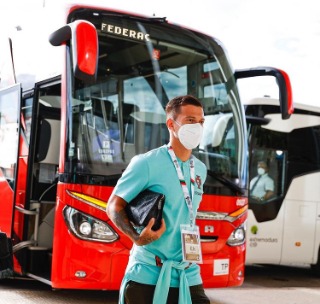 He is living a moderate lifestyle with his family in Portugal. And he rarely shares his luxuries items on his social media.

Otavio Emilson is currently living a happily married life with his wife Diandra Machado. The couple has been married for more than 5 years as of 2022.

The pair have been living together since then. He frequently posts his wife's photos on his social media.

Otavinho's wife Diandra, whose full name is Diandra Machado is famous fr being the wife of the Portuguese player Otavio da Silva. 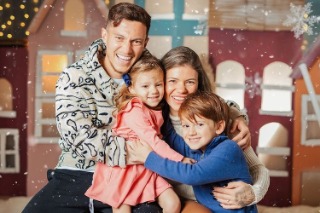 Otavio with his wife and children SOURCE: [email protected]

We could not extract her detailed information as she has kept her social media profile private. But we can see her on her husband's Instagram. Her Insta Id is @diandramachado and has more than 17,000 followers.

Otavio and his partner Diandra have 2 children, a son and a daughter.  Their daughter's name is Ayla and their son's name is not revealed at the moment.

Otavio Monteiro is an active social media user. He mostly uses Instagram to share his private life and games with his fans.

His Insta id is @otaviomonteiroo and has more than 298,000 followers.