Kwadwo Asamoah is a well-known Ghanian professional football player. He is currently playing in the Italian football league, Seria A, with Cagliari. Asamoah turned professional in 2008. Kwadwo plays as a left=back and midfielder for his club and country. The player has represented Ghana in four Africa Cup of Nations tournaments and two FIFA World Cups.

Kwadwo Asamoah was born on December 9, 1988, in Accra, Ghana. He rose to fame only after his successful career and has not shared much about his parents and early life. Talking about his physical appearance, Kwadwo stands five feet and eight inches tall and weighs 75 kg.

Kwadwo Asamoah has an estimated net worth of more than $5 Million. The average salary of a player currently playing for Cagliari is $1.44 Million. Asamoah is an experienced player, and He had an annual salary of £1,664,000. Kwadwo had a weekly wage of £32,000. The player must be making a good sum from his sponsorship and advertising deals. 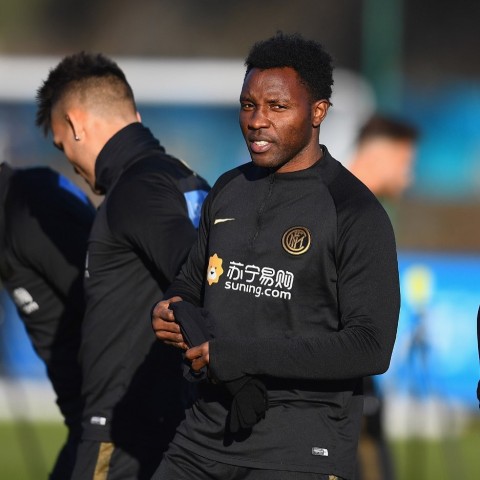 Kwadwo played in Serie A with Cagliari for the 2021 season SOURCE: [email protected]

Kwadwo exchanged his wedding vows along with his longtime girlfriend, Abena Asamoah, in 2012. They had a private wedding ceremony where they had invited only a few members of their family and some close friends. Shortly after their wedding, the duo welcomed their first child, Jason. 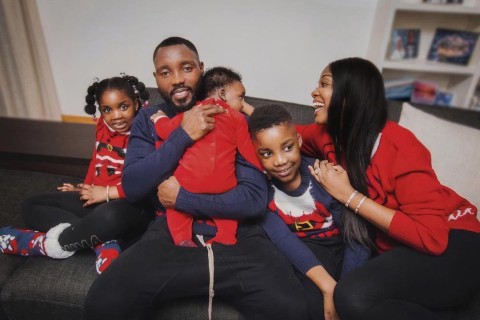 Kwadwo shares a photo with his wife and children SOURCE: [email protected]

The family of three extended to four with the birth of daughter Jada. Asamoah keeps sharing photos in his timeline. Kwadwo posted a photo in 2021 Christmas, and a new member has been added to the family. Asamoah is living a happy married life along with his wife and children.

Kwadwo played football with the local team in his home country. He was scouted by playing for a locally based club and then joined Swiss club Bellinzona. He was loaned to Torino for a season in 2008. Asamoah made his professional debut in 2008 with Udinese. He signed a four-year contract with the club and became the main target of the European club after the 2010 season.

Asamoah joined Juventus paying €9 million for 50% of Asamoah's contract. He became a prominent player with the team while playing under Antonio Conte. Kwadwo helped the team win numerous titles and league titles in the next few years. After his contract expired in late 2018, He did not renew his contract and moved to Inter Milan for a season. He played with Milan for three-season and then joined Cagliari in the 2021 season.