Erick Gutierrez was born Erick Gabriel Gutierrez Galaviz on June 15, 1995, in Ahome, Sinaloa. He is the son of Jesus Gutierrez and Maria de los Angeles Galaviz. Much about his early life and his parent is under the radar. Gutierrez stands five feet and ten inches tall and weighs 70 kg.

Erick Gutierrez has an estimated net worth of more than $2 Million. The player has earned most of his net worth through his football career. A football player has multiple sources of income and makes a handsome amount from their sponsorship and advertising deals. 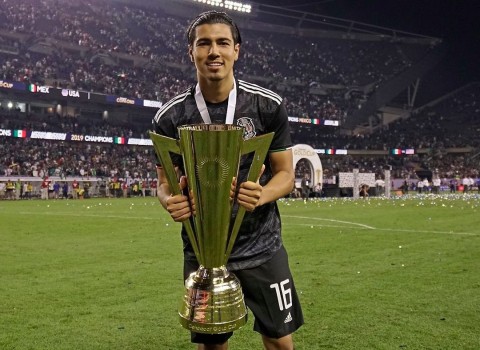 Erick is very much private about his relationship status. The Mexican football player is an active social media user and has shared numerous personal photos in his timeline. Following his profile, we can be sure that Gutierrez lives a happy life along with his wife and children. 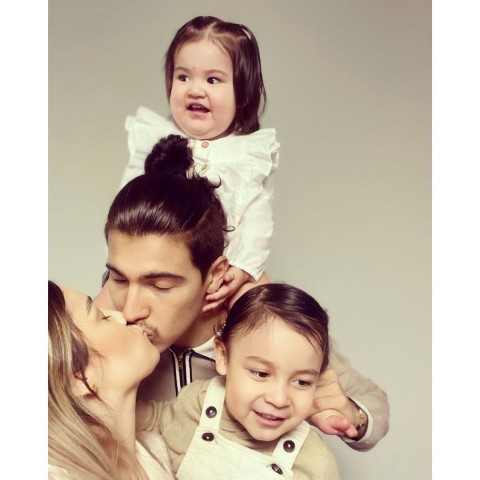 Erick shares a photo with his wife and their children SOURCE: [email protected]

Erick seems to be married to his longtime girlfriend, Jacqueline Osuna. He has not shared a word about their wedding date. The love birds are the proud parents of two children. They welcomed their first child in June 2018.

Erick started training with the youth club of Pachuca in 2009. He represented the club in numerous divisions and earned his senior team call in 2013. He made 10 more appearances, including 4 more starts that season. After having a decent season with the club, In 2015, Gutierrez became the regular starter of the club.

Until 2018, Erick appeared in 144 games and scored seventeen goals for the club. In August 2018, He signed a five-year contract for an undisclosed fee with PSV Eindhoven. In 2021, The player was out from the league after suffering a muscular injury during training. Since joining the club in late 2018, Gutierrez has appeared in fifty-one games and scored four goals.

Erick has represented Mexico national team in numerous divisions. He played for U20 in 2015, and the following year, The player was called for the national team. Since then, Gutierrez has had twenty-eight international caps and scored one goal.