Club Libertad's talented striker Cardozo wears a shirt number 9 for his current club. Since his debut in 2003, he has appeared globally for several clubs based in different leagues. Cardozo's trophy cabinet is full of various trophies he has won by playing football. He is twice a Paraguayan Footballer of the Year. UEFA Europa League top scorer in 2009/10 season. He also has won the Portuguese and Paraguayan premier league.

Who is Oscar Cardozo? Childhood and Bio

Oscar Rene Cardozo Marin, also known as Oscar Cardozo, was born in Raul Arsenio Oviedo, Paraguay, on May 20, 1983. Information regarding Cardozo's education and junior career is unknown as of now. Cardozo's mother's name is Rosa Maria and claimed that his son Oscar takes them away from poverty.

His father's name is Arnaldo Cardozo. Along with Oscar Cardozo, his parents gave birth to five children. So, Cardozo has four siblings. Cardozo was born under the zodiac sign of Leo. 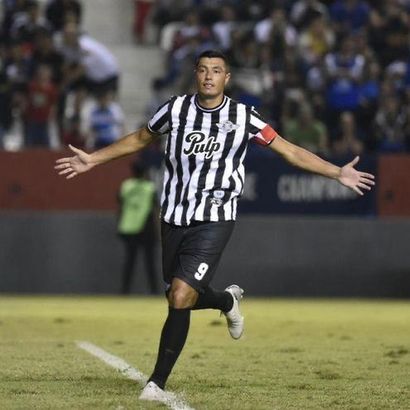 Paraguayan forwarder Cardozo has the tallest height of 6 feet and 4 inches. He is a fit and muscular striker who weighs 81 kg. Cardozo is from a Caucasian ethnic background. Cardozo has concise and slightly curly blonde hair. His eyes are tiny and dark. Oscar was born in Paraguay and held a Paraguayan passport.

Oscar Cardozo is one of Club Libertad's richest football players. He had joined Libertad's unit in 2017. Cardozo's current market value is 200Th euros according to the transfer market. 17.5M euros was Oscar's highest market value on July 7, 2012, in football club Benfica. Playing for Club Libertad, he earns 648,000 euros per year, making 13,000 euros a week. As of 2022, Oscar has a net worth of $3 million. Oscar made this much amount of earning by playing professional football.

Oscar lives in his own home in Paraguay and loves to travel in his car. Oscar also makes a handsome amount of money through endorsement and advertisement deals. His Contract with Club Libertad will expire on June 30, 2024. 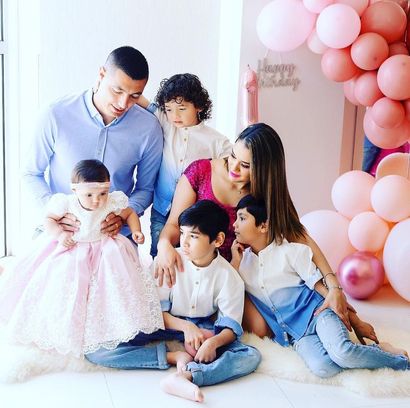 Cardozo couple got married on March 28, 2014. Cardozo couple has also given birth to four children. Three of them are a son, and one is a little daughter. So, as of 2022, Cardozo is a father of four children and is living a happy married life in Paraguay.

Oscar Cardozo is an active soccer player who uses social media regularly. He likes to share his pictures with his followers.