Leo Dubois is a well-known French professional football player. He is currently playing professionally in French League, Ligue 1. Dubois turned professional in 2012, with Nantes. Leo plays as a Right-back for his club and country. The player has represented France in numerous divisions.

Leo Dubois was born Leo Michel Joseph Claude on September 14, 1994, in Segre, France. He is the son of Jean-Pierre Dubois and his wife. Leo was adopted by a French family when, He was 13-month old. Talking about his physical appearance, Dubois stands five feet and ten inches tall and weighs 80 kg.

Leo Dubois has an estimated net worth of more than $2 Million. He credits most of his net worth to his successful football career. Dubois has a basic salary of £2,028,000 while playing with Olympique Lyonnais. The player will receive the same amount of salary until his contract expires in 2024. Leo receives a weekly wage of £39,000. 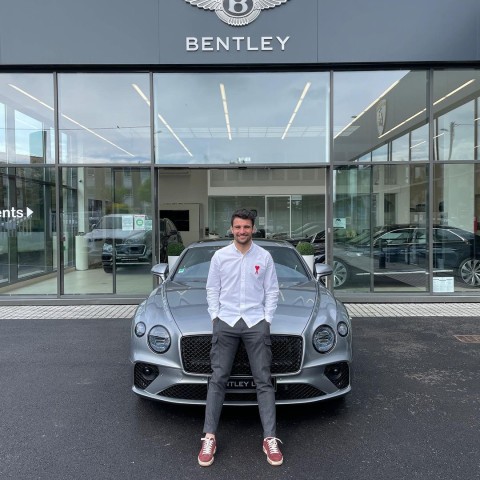 Leo is an active social media user. He keeps sharing his personal life information in his timeline. However, The player has not shared a word about his girlfriend and love life. Dubois could be single, dating or even married to his wife. Leo is very early in his career and must focus in his career rather than spending time with people.

Leo started raining with youth academy of  SC Gemmois and ES Segre. He joined Gemmois in 2000 and played until 2003 and moved to Segre. In early 2008, The player moved to Nantes's youth academy and represented the club in numerous divisions. Dubois earned his senior team call in 2012 and played with the club's B team until 2014. Leo appeared in forty games for the B team.

Dubois struggled in his initial days. He became a reguarlr player after the 2015 season. His contract ended in 2018 and moved to Ligue 1 club, Lyon. Leo signed a four-year contract with the club and for an undisclosed transfer fee amount. Since joining the club in 2018, He has appeared in ninety-nine games and scored three goals. Dubois has extended his contract until 2024 with FC Lyon.

Leo earned his international call in 2016. He represented the France U21 team in two games. The player made his senior team debut in 2019 against Bolivia. Dubois has appeared in thirteen games for the national team.