Ondrej Palát is a Czech professional Ice-hockey player who plays in the National Hockey League (NHL). As of 2018, Ondrej Palát currently plays for the Tampa Bay Lightning as their Left Wing.

As a Left Wing, Ondrej Palát reportedly earns around $5,300,000 as his yearly salary from Tampa Bay Lightning. Further, Ondrej Palát has an estimated net worth of over $12 million. Additionally, he is married to his lovely wife Barbora Bartíková and shares 1 child with her.

Ondrej Palát was born on 28 March 1991, in Frýdek-Místek, Czechoslovakia to parent Pavel Palát and details about his parents is still under the rock. As per his nationality, he is Czech and belongs to the White ethnic group.

Palát started his ice hockey career with HC Frýdek - Místek in his native Czech Republic. He played major junior hockey with the Drummondville Voltigeurs in the Quebec Major Junior Hockey League (QMJHL) before becoming a professional in North America.

Ondrej Palat Net Worth And Salary

Reportedly, he is a married man and he is enjoying a smooth marital life with his wife, Barbora Bartíková. The couple tied a knot in 2016. 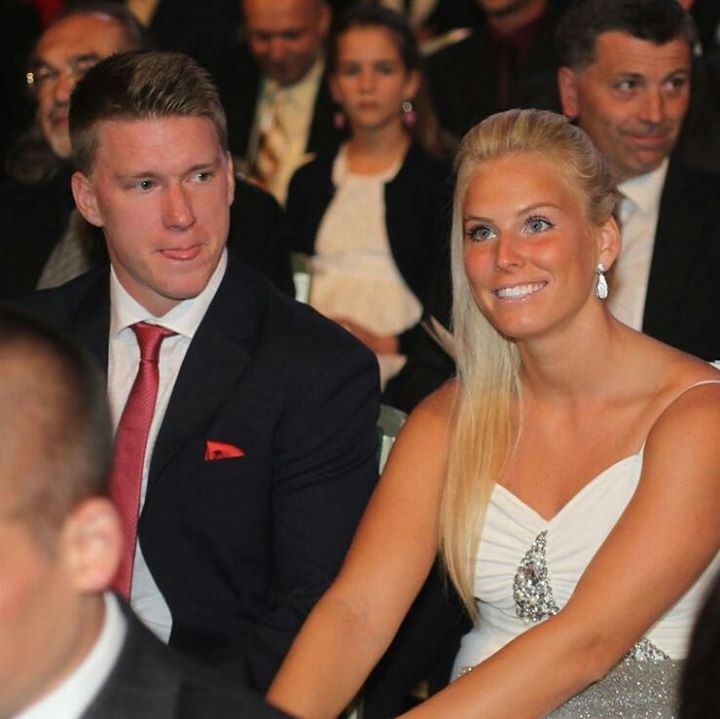 However, the detailed information about how they started their relationship is not in the media yet. Further, the couple is recently blessed with a child named, Adelka in November 2018.

Additionally, he is happily married to his wife and reportedly there isn't any information about their divorce or separation in recent time. Further, he is not involved in rumors about his past relationship or affairs in the media yet.

Ondrej Palát is not only a world-class athlete but also has a very attractive individual, having an enormous number of followers in social media. Talking about his body measurement, the Famous NHL star is 6 ft 0 in (183 cm) in height and weighs around 188 lb (85 kg; 13 st 6 lb).

He was drafted by the Lightning in the 2011 NHL Entry Draft in the seventh round, 208th overall. The Lightning signed a three-year entry-level contract with Palát on October 10, 2011.

Palát, along with his AHL line-mates Tyler Johnson and Richard Pánik, would make the 2013–14 opening roster out of the training camp.

Later, the Lightning announced on July 14, 2017, that they signed a five- year contract with Palát.