A Canadian professional ice hockey center, Jonathan Toews presently serves as captain of the Chicago Blackhawks of the National Hockey League. He has also represented his national side, “Team Canada” in various tournaments. He played 2 seasons for The University of North Dakota. Toews was ultimately chosen 3rd overall by the Chicago Blackhawks in the 2006 NHL draft.

Toews who began playing ice-hockey from 2004-05 seasons while at Shattuck-Saint Marry’s School, currently has an estimated net worth of $16 million and earns around $6 million as an annual salary. Further, Toews is in an open relationship with his girlfriend Lindsey Vecchione since 2012.

As of 2019, Jonathan Toews has an estimated net worth of around $16 million. The significant source of Toews’ earning is his professional ice-hockey career.

A few years back, Toews was ranked 14th in the NHL’s Highest-Paid Players, having a total income of $7.5 million with an average salary of $6.3 million.

Jonathan Toews has made the career earnings of $66,462,195 from his professional career.

Besides, he too adds good worth to his wealth from his endorsement deals with renowned brands. 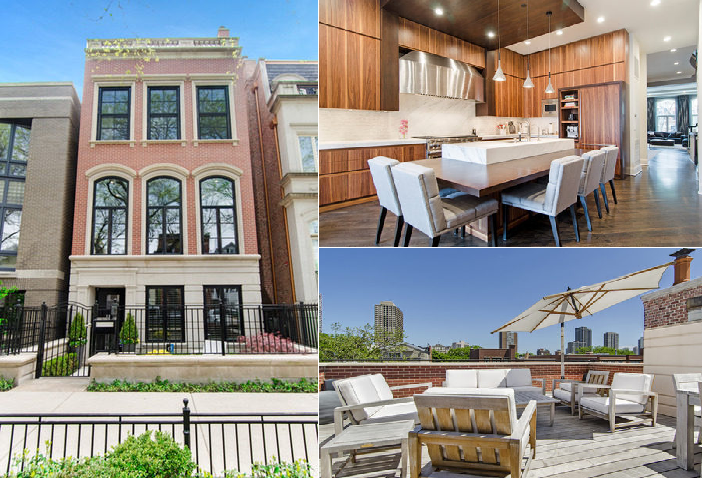 Jonathan Toews owns a house in Chicago, Illinois, United States. He has few of the world's luxury cars including Mercedes. He also has bought a condo in Gold Coast for $6.3 million.

Currently 30, Jonathan Toews is in an open relationship with his gorgeous girlfriend Lindsey Vecchione, 31, since November of 2012.

Back in 2017, once the lovebirds were spotted kissing after a game; social media was flooded with a series of posts from his female fans.

As of now, the duo is living a blissful life without any news and rumors of breakup and conflict. The two often give public appearance. 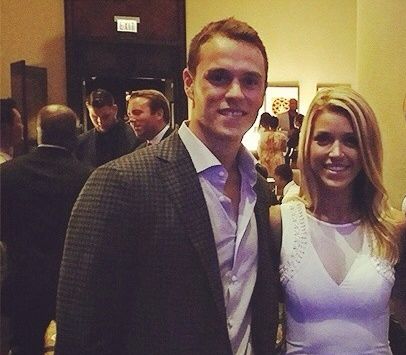 It seems that they are pretty serious in their relationship and might take a relationship to the next level someday. Toews and Vecchione frequently visit the world's mesmerizing holiday destination in their vacations and also posts romantic photos of them in their Instagram account.

Prior, Toews was previously in an affair with Gabrielle Velasquez from 2011-2012. 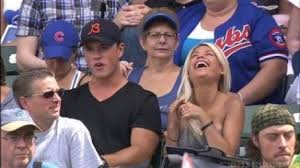 Toews is bilingual, speaking fluent both English and French.

Jonathan Toews was born as Jonathan Bryan Toews on 29th of April 1988, in Winnipeg, Manitoba, Canada. His birth sign is Taurus. Talking about his nationality, he is a Canadian and is of white ethnicity.

His father, Bryan Toews, is an electrician at the University of Manitoba whereas his mother, Andrée Gilbert, was the managing director and finance expert for a credit union in the Winnipeg region prior she retired to oversee Toews’ media relations.

Toews grew up alongside his brother David, both enrolled at Shattuck-Saint Mary’s and the University of North Dakota where they played ice-hockey professionally.

In the 2006 NHL Entry Draft, Jonathan Toews was named no. 3 among the North American prospects by the NHL Central Scouting Bureau, and was picked 3rd overall by the Chicago Blackhawks. On 16th May 2007, he signed his first professional contract with Chicago Blackhawks, with a 3-year deal. On 10th October, he made his debut against the San Jose Sharks where he scored his career first NHL goal on his very first shot.

In his first season, he was nominated for the “Calendar Memorial Trophy” as NHL Rookie of the Year. The next season, Toews was named the team captain, becoming the 2nd-youngest captain in NHL history at the time after Sidney Crosby. He was awarded “Stanley Cup” three times in 2010, 2013, and 2015.

He has a good bond with his teammates Artemi Panarin and Jeremy Roenick.

Jonathan Toews has represented his national side, “Team Canda” in the various tournaments, both in junior and senior level. In 2005, he captained his national team at the “World U-17 Hockey Challenge” to a gold medal. During his draft year, Toews was a part of Canada’s junior team at the “2006 World Junior Championship” as the youngest player of the team.

In 2007, Towers made his senior international debut at the “2007 World Championship” where he recorded 7 points in 9 games competing against mostly professional players. He was named best forward in the “2014 Winter Olympics”. Similarly, in 2017, Toews was listed as one of the “100 Greatest NHL Players”.