Omari Hutchinson is a professional footballer who has been playing as a midfielder for the Premier League club Chelsea since joining them on July 16, 2022. Hutchinson is a native of England, but he represents the national team of Jamacia as he has Jamaican descent from his parent's side. And in May 2022, Hutchinson made his debut for the Jamaica national team.

Furthermore, Hutchinson was interested in playing football from a young age. So, the passionate footballer began his career by playing with Chelsea. Apart from his football career, Hutchinson was involved in the Amazon Original sports docuseries named All or Nothing: Arsenal. It demonstrated the club by spending time with the coaching staff and players behind the scenes both on and off the ground throughout the 2021-2022 season.

Hutchinson is a professional football player, and he earns money by playing with various teams. Currently, he is playing for Chelsea, and he may be taking home a decent salary, but the actual amount remains missing. Before that, Hutchinson also played for Arsenal, and Salary Sport reports that he earned £1,800 per week and £93,600 per year playing for Arsenal F.C. 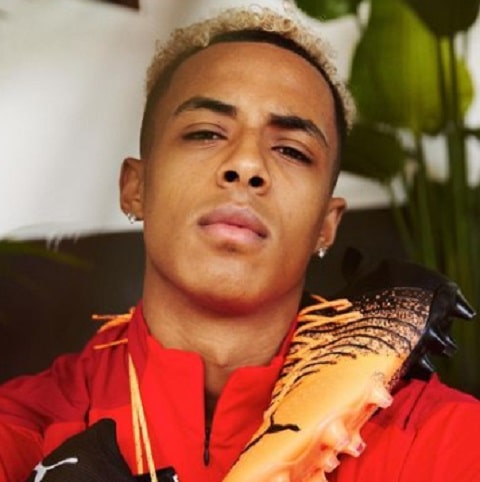 No doubt, his fortune is impressive, and some sites show that Hutchinson has a massive net worth of roughly $1 million to $5 million. Having enormous wealth, the young footballer lives a lavish life, and his Instagram posts also show that Hutchinson is enjoying his life. And he also explores various places and features his lifestyle on social media.

Does Omari Hutchinson Have A Girlfriend?

The young football player, Hutchinson, is currently single, and he is not dating a girlfriend. At the moment, Hutchinson is pretty young to get involved in a romantic affair. So, rather than scouring for a life partner, he may be focused on his career. Not only that, but Hutchinson is also at the peak point of his career.

Apart from that, Hutchinson also falls in the category of those who prefer to keep their love life or personal life far from the public domain. So, Hutchinson has also not shared anything about his personal life on his social media handles. But if he gets a partner in the future, Hutchinson may give some updates via his social media handles, as Hutchinson's followers have been asking questions about his romantic relationship for a long time.

As we talked about earlier, Hutchinson started playing football with Chelsea. From 2008 to 2011, he was at Chelsea and later got signed by Charlton Athletic while playing football in the Addicks car park. Hutchinson was doing pretty well, and his performances also caught the eye of North-London rivals Arsenal.

After playing with Charlton Athletic from 2012 to 2014, he went on to play for Arsenal. Before that, he also took a trail with multiple teams like Tottenham Hotspur and Brentford. After some time of taking a break, he joined the Arsenal U-12 team. 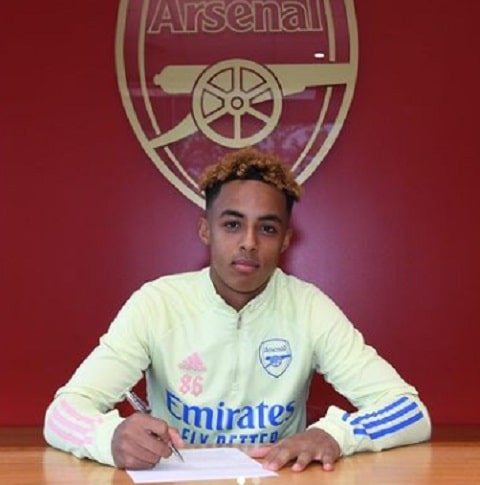 Likewise, Hutchinson got a chance to participate in a South-London tournament, and during that time, he was just 12 years old. The tournament was hosted by Pele, who was also impressed by Hutchinson's skills. Furthermore, Hutchinson signed his first professional contract with Arsenal in November 2020.

Later on July 16, 2022, he rejoined Chelsea. Besides that, he has also been a part of various national and international games representing the national football team of England and Jamaica. He played for England U17 and England U19 teams. And after receiving a call to the Jamaica national team in May 2022, Hutchinson made his debut by playing against Catalonia.

Omari Elijah Giraud-Hutchinson was born on October 29, 2003, in Redhill, England, to his parents, who are from Jamaica. So, Hutchinson holds English nationality and belongs to the Jamaican ethnic background.

Having Jamaican descent, Hutchinson is also eligible to play for the Jamaican national team. Meanwhile, he has not shared anything about his parents in the media. As said earlier, Hutchinson is a private guy who likes to stay lowkey. 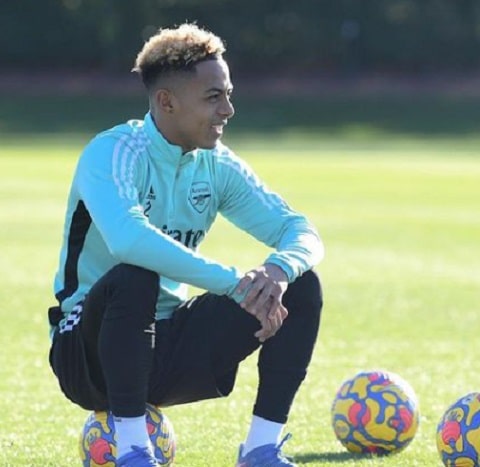 In the same way, we are unknown whether Hutchinson has siblings or not. As he is private, we can say that Hutchinson lives happily with his family.

Talking about his social media presence, Hutchinson is mainly active on Instagram, and his username is @omarihutchinson10. Since making his first post on September 9, 2020, Hutchinson has been making regular posts on Instagram.

Moreover, he has amassed more than 170k followers on Instagram at the time of this post. For your information, Hutchinson's account is also verified. Apart from that, Hutchinson created a Twitter account on January 2016, and his username is @omarihutch7, where he has collected more than 40k followers.

Some Facts About Omari Hutchinson

You may uncover an ample range of sports news, buzz, and love concerns on Playerswiki.