Oleksandr started training with FC OSvita Kherson's youth academy in 2005. He trained with the club for a season and then moved to Shakhtar Donestk. The player represented the club in numerous divisions and made his professional debut in 2009. Karaveyev played for Shakhtar Donetsk-3 team until 2010 and became a regular player for the senior team. 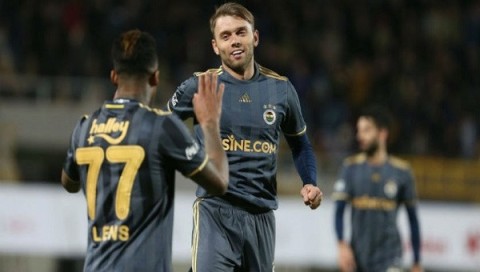 Oleksandr was loaned to Sevastopol for three seasons from 2012 until 2014. He was part of the Ukrainian First League winning team in the 2012/13 season. After having a good loan spell with Sevastopol, He was again loaned to Zorya Luhansk for two seasons. 2015, Karavayev's team lost the final match at the Ukrainian Cup and finished as runner-up.

Karavayev was loaned to Fenerbahce for the 2017 season.  In the Turkish Premier League. After his loan season ended with Fenerbahce, His contract with Donestk also expired, and he then moved to Zorya Luhansk on a permanent contract. The player signed a three-year contract with the club, appeared in fifty-seven games, and scored nine goals. In 2019, Oleksandr moved to Dynamo Kyiv and played with Denys Harmash.

Oleksandr is very private about his relationship status. The Ukrainian player could be single, dating, or even married to his wife and living a happy married life along with his wife and children. There is no rumor or news of his married life. Karavayev does not show much presence on social media and has kept his personal life away from the spotlight.

Net Worth, Salary, and Career Earnings