Luca Ubbehaun is a rising German professional football player. He is currently playing in the German football league, Bundesliga for Borussia Dortmund. Luca turned professional in 2020. Unbehaun has represented Germany in numerous divisions. Luca plays as a goalkeeper for his club and country.

Luca Unbehaun was born on February 27, 2001, in Bochum, Germany. He rose to fame through his successful career and has successfully kept his personal life away from the reach of the media. Information about his education and academic qualification is still under the radar. Talking about his physical appearance, Luca stands six feet and one inch tall and weighs 85 kg.

Luca Unbehaun has an estimated net worth of more than $200,000. The player credits most of his net worth through his football career. A football player has multiple sources of income, including sponsorship and advertising deals with Puma football. He signed a €1 Million contract with Dortmund in 2020. Unbehaun has a base salary of £208,000 for the 2022 season while playing with Borussia. 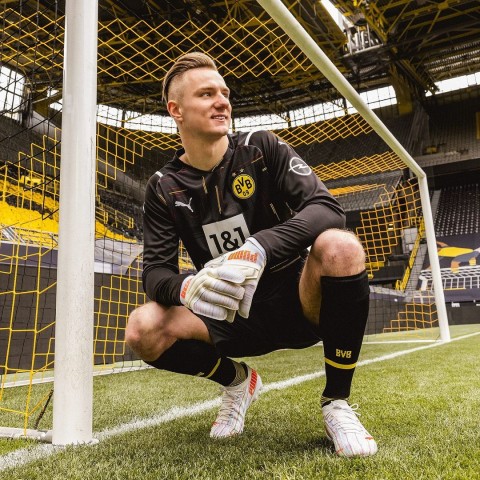 Luca received €350,000, including his signing bonus in 2020. His contract will expire in late 2022. The player is very early in his career and will be adding millions in the future. Unbehaun must be receiving a handsome amount from the German national team. His teammate, Haaland, has an annual salary of £6,864,000 for the 2022 season and is rumored to join Real Madrid in the 2022/23 season.

Who is Luca Unbehaun Dating? Know About His Girlfriend and Relationship Status

Luca is an active social media user and very open about his relationship status. Following his Instagram timeline, we can be sure that Unbehaun is dating his longtime girlfriend, Meli Leinchen. The love birds have been together for almost two years. Meli first posted a photo of them in May 2020. 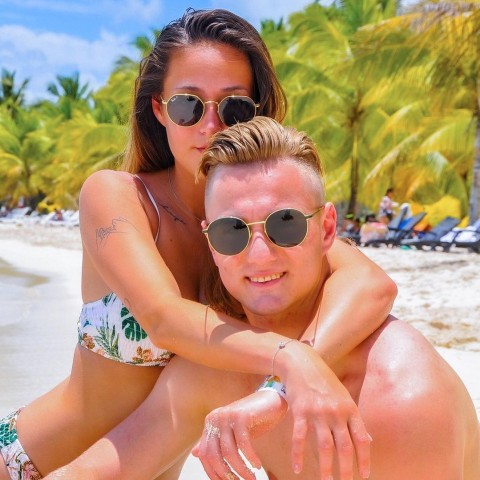 Luca shares a photo with his Girlfriend, Meli at vacation SOURCE: [email protected]

Luca and Meli are active social media users and keep sharing photos on their timelines. The duo had been to Dubai for the 2022 New Year. Both of them are very supportive of each other. They are very early in their career to get engaged or tie their wedding knot and must be waiting for the right time to exchange their wedding vows.

Luca started training football with the youth academy of SC Union-Bergen in 2006. He played with the team until 2009 and then moved to VfL Bochum. Unbehaun represented the club in numerous divisions and then moved to Borussia Dortmund youth academy in 2016. Luca became a regular player with the B team and was included in the Guardian's " Next Generation 2018".

In 2020, Luca signed a three-year contract with Dortmund and had appeared in forty games for the B team. He has extended his contract until 2023.

Luca made his international debut in 2016 with the Germany U16 team. He appeared in five games and was called for the U17 team in 2018. In 2020, Unbehaun made a U20 appearance. He is yet to make his senior team debut for Germany.